Reynolds upbeat despite ending Townsville in the wall

Reynolds upbeat despite ending Townsville in the wall 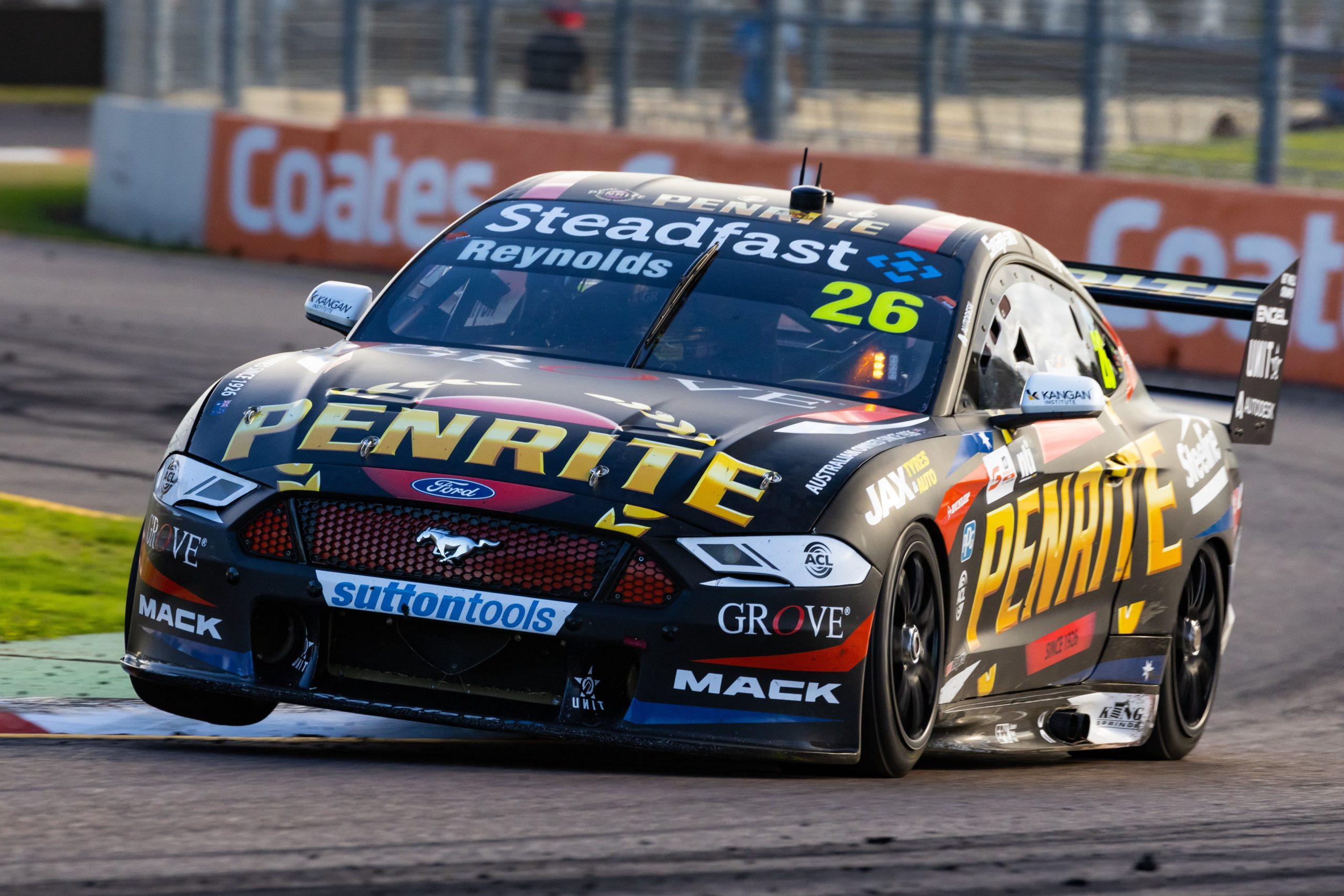 David Reynolds was on course for back-to-back top 10 finishes until a bottom steering arm on his Ford Mustang let go late in the piece.

The Kelly Grove Racing driver had been holding sixth until Lap 29 when the #26 Ford Mustang suffered the failure.

That sent Reynolds into the outside wall at Turn 8, ending his day prematurely in the pit lane.

“I started seventh and got a decent start,” Reynolds recounted to Speedcafe.com.

“Going down into Turn 2 someone hit me a little bit and half spun me, then two cars filed past me. I picked off Macauley [Jones] and then I got to Bryce [Fullwood].

“We pitted, me and Whincup were on the same strategy. My car was actually really good and I was pulling away from him.

“That allowed Waters to file out in front of us. I was going really good, I was holding on to P6, my car was actually working really well and easy to drive, not wearing out the tyre too much, and then the steering rod broke at Turn 8.

“That just spat me into the fence. It could have been from the contact damage [on Saturday]. Maybe a little stress fracture, and eventually it let go.

“I was really happy. It was coming along really well. We made improvements to the car. I was struggling in the morning and in the afternoon it was heaps easier.

“It just goes to show you it’s a funny game. You just do tiny changes and get big results.”

Despite the dramas, Reynolds was optimistic after the team made significant strides forward overnight with car set-up.

“The car was really good,” he said.

“We obviously improved the car massively. We’re still not right at the front, but maybe one day soon.”

Team-mate Andre Heimgartner couldn’t better his results from the Townsville 500, ending the Townsville SuperSprint with finishes of 19th, 20th, and 15th in the Ned Racing entry.