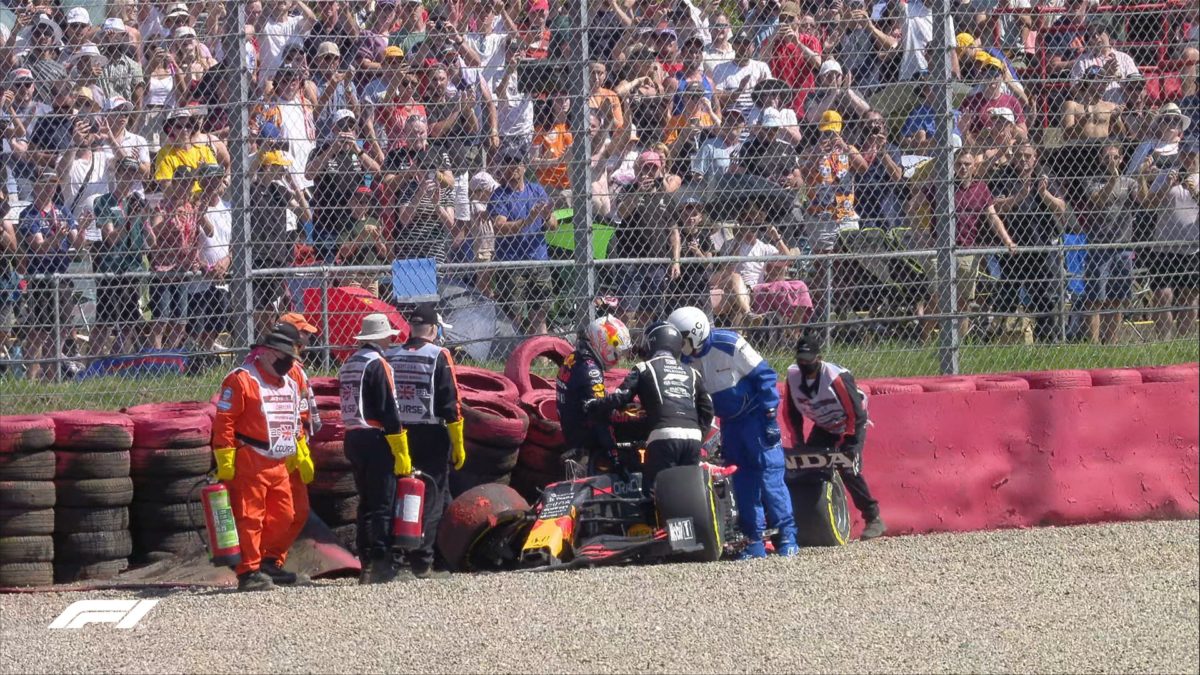 The Red Bull driver had been battling ferociously with championship rival Lewis Hamilton as they approached Copse, the pair making contact at the full-throttle right-hander.

It plucked the rear wheel from the Dutchman’s car as he spun at near unabated speed through the run off and into the tyre barrier.

Hamilton quickly reported damage on his Mercedes, which slipped to second behind Charles Leclerc in the melee.

However, he elected not to pit, perhaps predicting the resulting red flag which afforded the team an opportunity to repair the W12 during the stoppage.

It was a moment that caught the eye of the officials, who announced they would investigate the incident. 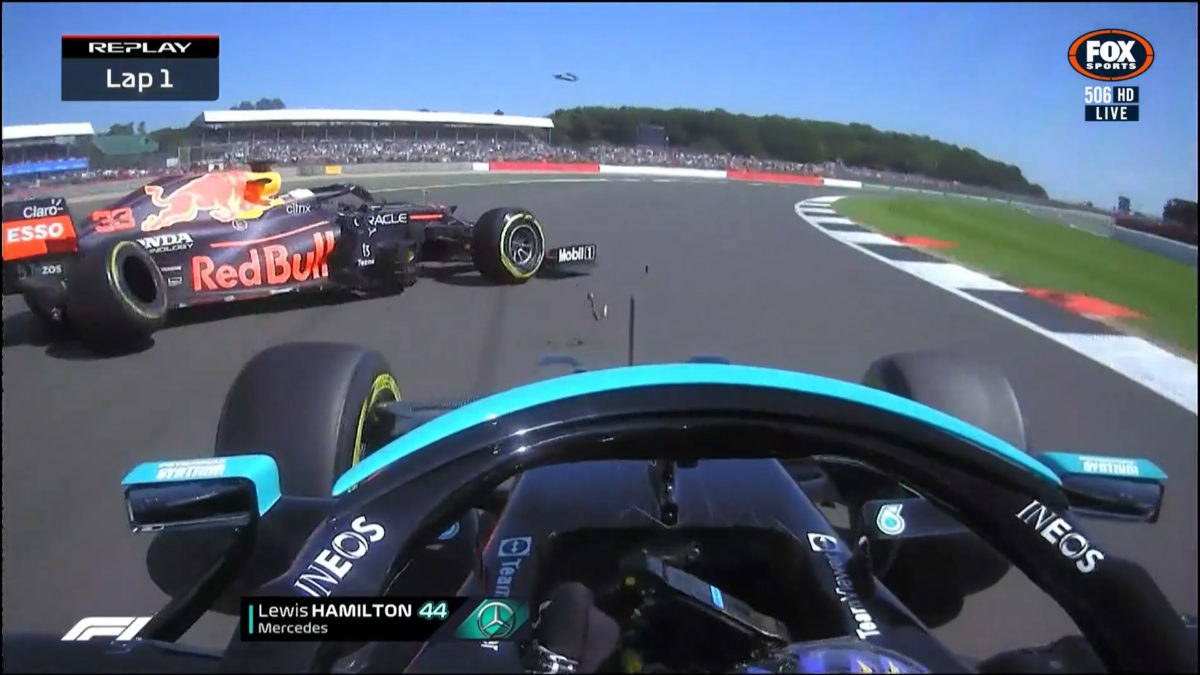 Onboard with Hamilton shortly after the moment of impact. Picture: Fox Sports