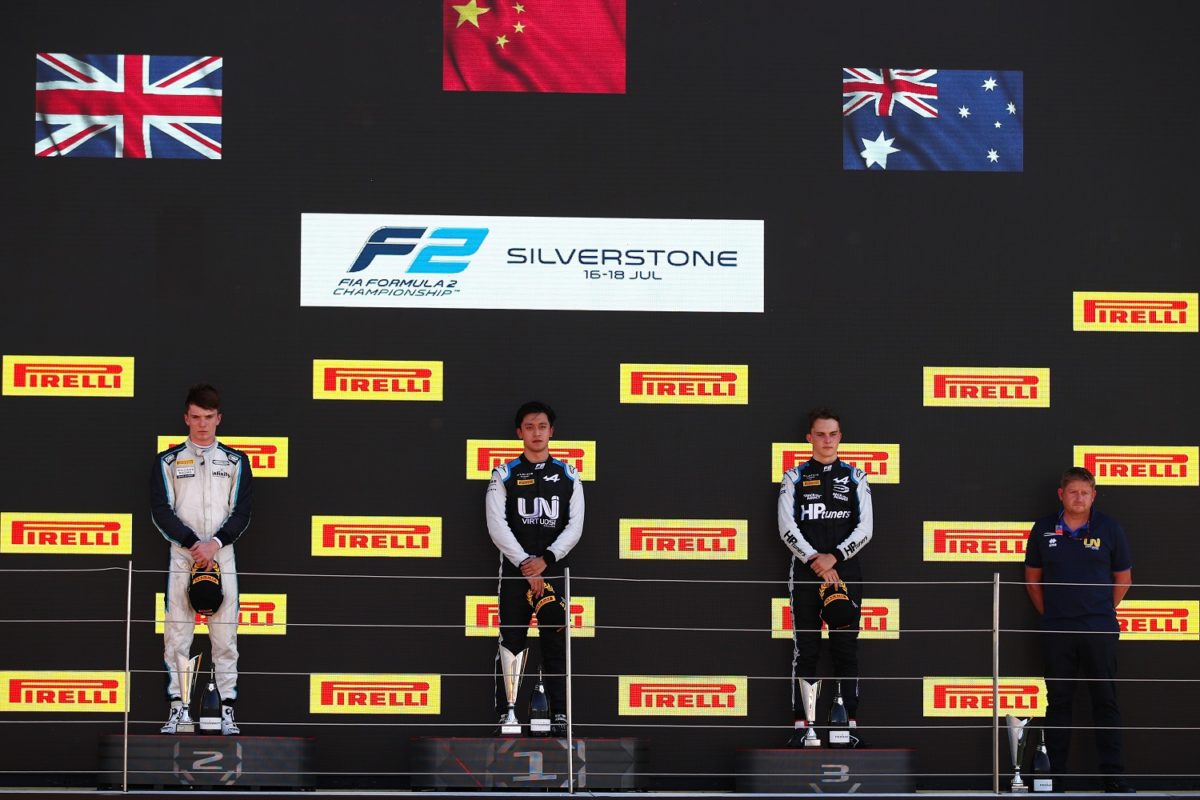 Australian Formula 1 hopeful Oscar Piastri has moved into the lead of the FIA Formula 2 Championship following a strong showing in Silverstone.

After qualifying on pole, the Alpine Academy driver moved forward in Saturday’s sprint races, which feature an inverted top 10, before finishing third in the feature race on Sunday.

The weekend, the fourth of the 2021 Formula 2 season, leaves Piastri five points clear of Guanyu Zhou at the top of the standings, the Chinese driver having led the competition heading into the event.

Starting 10th in the first sprint race on Saturday, Piastri moved up to sixth in the 21 lap encounter which saw his Prema Racing team-mate Robert Shwartzman take victory.

Juri Vips was second while Christian Lundgaard, also a member of the Alpine Academy, scored his second podium of the season.

Piastri then slipped back two places in the feature race to finish third, fending off Verschoor by less than a second after 29 laps of racing.

Zhou won the encounter by almost four seconds from Ticktum, who in turn was 15 seconds clear of the third-placed Aussie.

Formula 2 now heads off on an extended break, with the fifth round of the season coinciding with the Formula 1 Italian Grand Prix in mid-September.