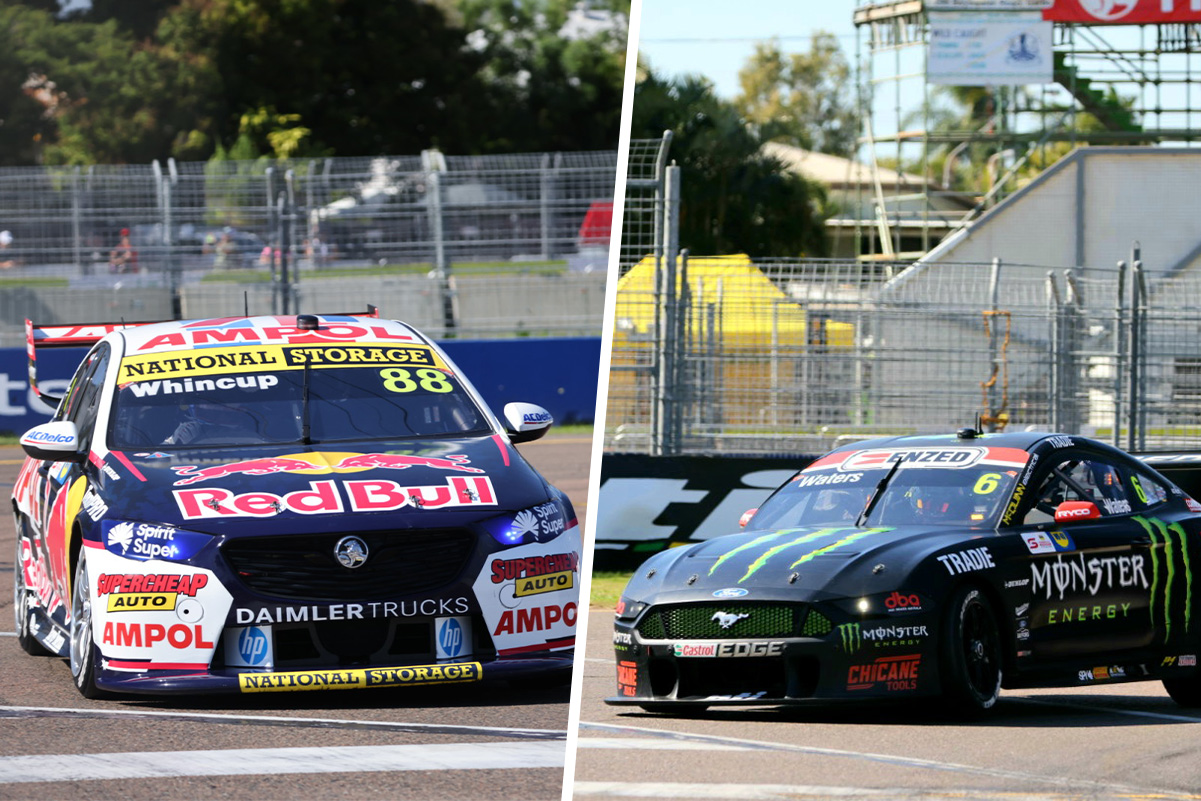 Jamie Whincup and Cameron Waters have split the pole positions for the two Sunday races at the WD-40 Townsville SuperSprint.

Whincup was fastest in Qualifying for Race 18 of the Repco Supercars Championship at the Reid Park Street Circuit, and will share the front row with Red Bull Ampol Racing team-mate Shane van Gisbergen in that encounter.

Van Gisbergen, the championship leader, will also be on the front row when Race 19 gets underway later in the afternoon, although he will be to the outside of Tickford Racing’s #6 Monster Energy Mustang on that occasion.

Whincup’s and Waters’ results were in fact a mirror of each other’s, with both qualifying sixth-fastest in the session in which they did not take pole.

Oil dropped during the preceding support category session left the track dirty at the commencement of Qualifying for Race 18.

In light of that, and the typically tight SuperSprint tyre allocation, all reportedly started on old rubber.

Reynolds’ time was easily eclipsed once the field got onto new tyres, initially by Bryce Fullwood (#2 Mobil 1 Middy’s ZB Commodore) on a 1:13.6650s.

With the chequered flag out, Chaz Mostert (#25 Mobil 1 Appliances Online ZB Commodore) split them on a 1:13.4060s but van Gisbergen was able to wrest back a front row berth by setting a 1:13.2876s on his second push lap.

Anton De Pasquale (#11 Shell V-Power Mustang) was 14th-fastest at 0.6452s off the pace, while Tim Slade did not set a time after the #3 CoolDrive Mustang threw its left-rear wheel off during his opening run, causing damage to a toe link bolt.

“I can’t really enjoy this one; you’ve got 10 minutes and then we are back out again,” said Whincup straight after the session.

“The track is crazy different; pole with a 13.2, I never thought that would happen.

“The track will get better and we’ll have a crack now.”

All were reportedly on green tyres for the final flings, and it was Davison who was first to move the benchmark when he set a 1:12.9372s.

“We’ve changed the car on its head and it’s a totally different race car this weekend,” said the pole-sitter.

“Probably didn’t the best job that qual 1 this morning but tuned her up for qual 2 and managed to get the pole.

“I think our race car is pretty damn good at the moment, I think we can still make it a little bit better, but we’re just continuing to learn with what we’ve done.”

De Pasquale ended up third on a 1:12.9332s having also been bumped back by Waters, and will share Row 2 with team-mate Davison.

Hazelwood claimed fifth, with Whincup to start on his outside, and the top 10 rounded out by Reynolds, Macauley Jones (#96 Coca-Cola ZB Commodore), James Courtney (#44 Boost Mobile Mustang), and Fullwood.