Waters has not given up on championship

Waters has not given up on championship 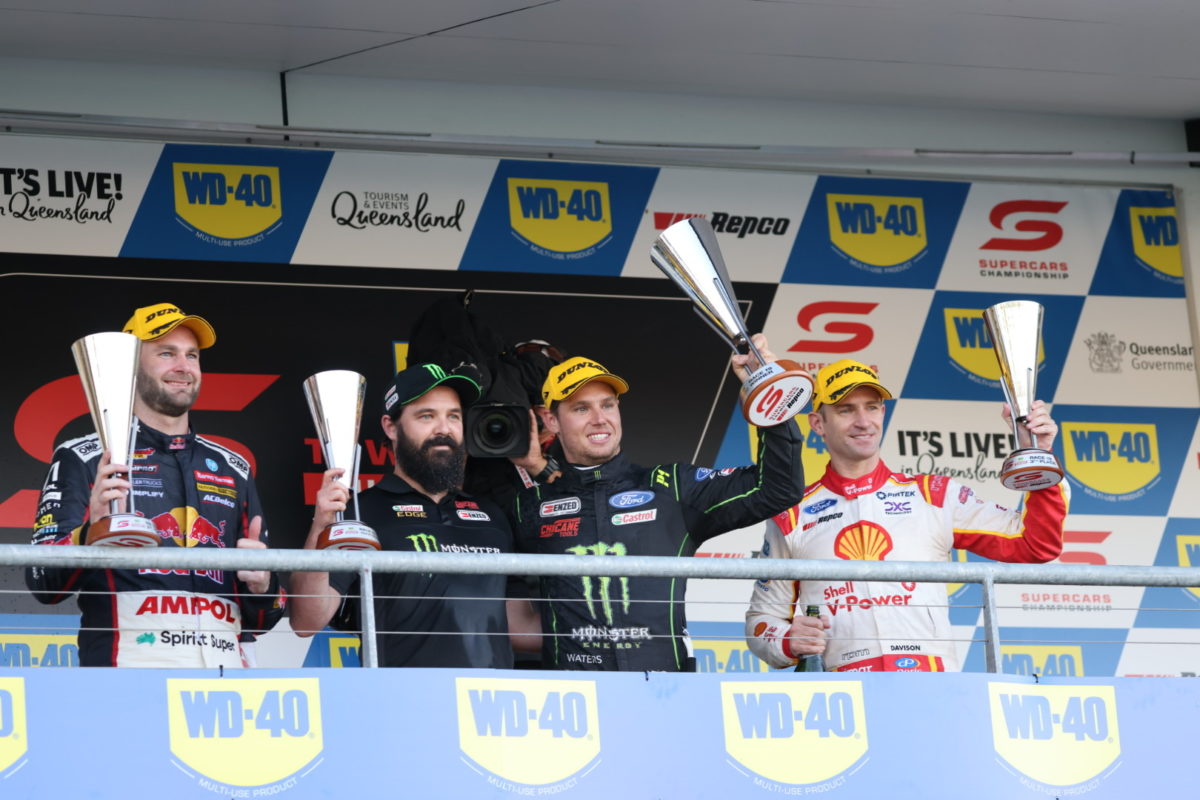 Cameron Waters has not given up on winning the Repco Supercars Championship even if he insists that Tickford Racing’s focus is on producing a consistently fast race car.

Waters climbed from fifth to third in the standings over the course of the WD-40 Townsville SuperSprint weekend, where he won Races 17 and 19 of the campaign.

However, having finished only 11th in Race 18, his deficit to championship leader Shane van Gisbergen increased from the start of the event to the end, to 412 points, and Jamie Whincup is still 136 points ahead.

The performance at the Townsville SuperSprint event was nevertheless a major turnaround after Waters was lapped in Race 15 and finished sixth in Race 16 when the Reid Park Street Circuit was also the venue a week prior.

He is mindful that there is still scope for the Triple Eight Race Engineering drivers to trip up in the five events which remain in 2021, having been runner-up in the title race last year after Whincup crashed out of the Bathurst 1000.

“I guess, last week we really struggled, and I just told the boys, ‘Let’s throw a bit at it, because we’re not going to move forward and we’re not going to win the thing if we keep doing what we’re doing,’” said Waters on Supercars Trackside.

“It’s a massive credit for them to give me something to race with, which is awesome.

“Obviously, we don’t want to talk championship, it’s still early-ish, and Shane’s a long way down the road, so our focus was on getting a car that’s capable of winning, week in, week out.

“That’s what our focus has to be and last year, Jamie had a fair bit of bad luck at Bathurst and got me second, so the championship isn’t over until the very end but our focus is on a fast car at the moment.”

However, Tickford got Car #6 back in front thanks to some canny strategy when Safety Car conditions were activated on Lap 18, sending Waters around for another lap such that he beat the Safety Car itself.

He had a fight with van Gisbergen on his hands again, soon after the restart, but managed to keep #97 at bay.

“I don’t really know how I ended up in front of him after the pit stop. I think my guys pulled out a pretty good stop and not sure if he got stuck behind the Safety Car or not.

“But, just to go lap after lap, head-to-head with Shane, we had so much fun doing that and luckily I came out on top.

“He was very fast for probably five, 10 laps, and then once he had that gap, I could kind of match him and run with him, so, kind of gave me a bit of hope for the next stint.

“When I came out in front, I knew I had a bit of a chance there, so it’s all about defending for those five, 10 laps, which he was giving absolutely everything to me, and I knew I had my friend Will [Davison, Dick Johnson Racing] behind me, ready to pounce if I could hold both of us up enough.”

Waters had left a big gap when van Gisbergen dived down his inside during the early stages at Turn 13, admitting he did not expect a pass.

“I was a bit surprised by that,” he recalled.

“Otherwise, I would have blocked a bit more than I obviously did – I left the door wide open – but I thought I had a big enough gap to him to not have to defend, and it caught me off-guard.

“But, the race wasn’t over from that point; I just kept looking after the tyre as I was doing, and got on with it.”

Waters contested the Townsville SuperSprint with Tickford’s chief engineer Nathaniel Osborne as his race engineer, standing in for Sam Potter, who was absent due to surgery.

The next event is the Ipswich SuperSprint, at Queensland Raceway, on August 21-22.