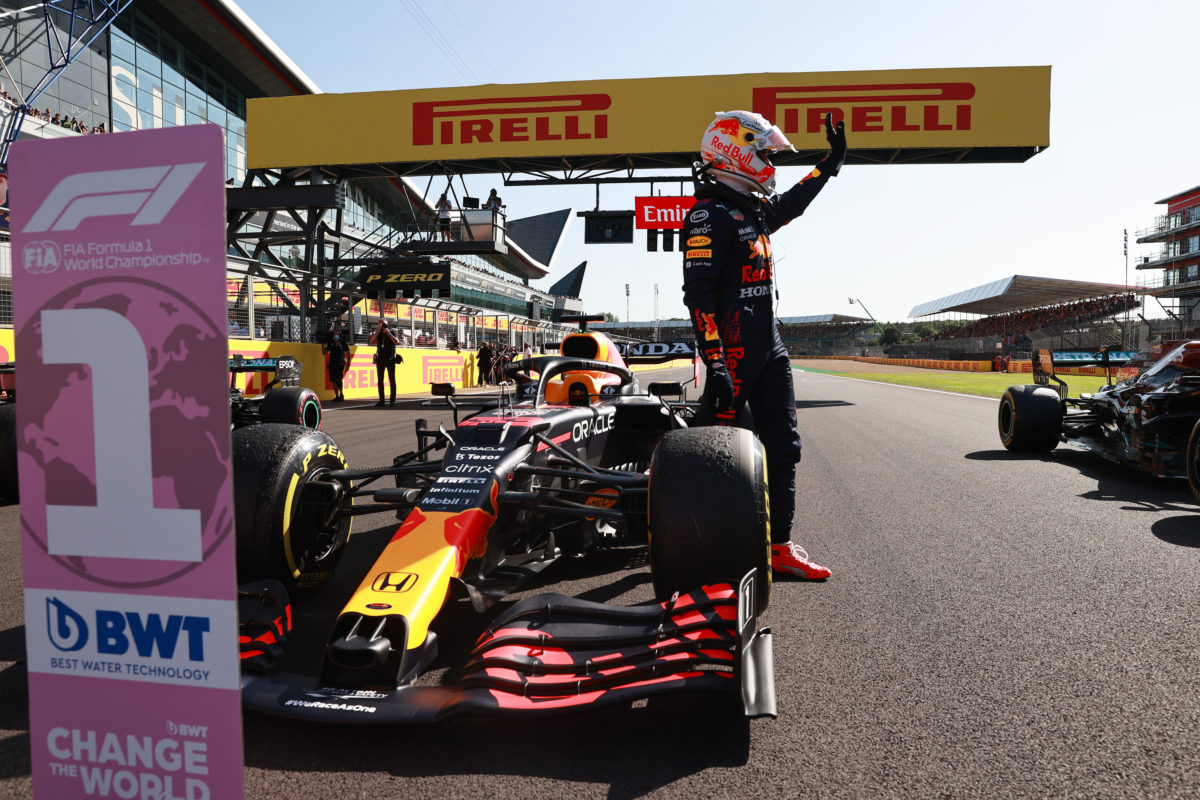 A strong getaway gave Verstappen the upperhand at the start of the Sprint Qualifying session, fending off an early challenge before leading the field to the flag.

However, while he emerged successful on Saturday, he predicts a tougher task in Sunday’s Grand Prix.

“It’s a bit different; it seems like we are quite quick through corners, they’re quick on the straight this weekend.”

This weekend’s format has offered teams an all-new challenge, with just a single 60-minute session prior to qualifying on Friday, at which point cars went into parc ferme.

It means they’ve had little time to fine tune setup, leaving drivers to carry what they have forward through Sprint Qualifying and into the race.

That lack of refinement was evident as both Verstappen and Hamilton suffered blistering on their tyres during the 17-lap Sprint Qualifying encounter, which points towards a two-stop strategy for the Grand Prix itself.

“Of course you’re after only one Free Practice session and then you’re not allowed to make any changes, and [if] you don’t hit it right I think then you’re a bit stuck,” Verstappen explained.

“We’re a bit stuck on the straight, so that’s why we have to make up our time in the corners.

“It seemed like in this more or less flat out race, because you cannot really call it flat out but at least pushing more, the pace was alright.

“But I still expect with a pitstop coming into play, two pitstops, who knows, it’s again going to be a good fight.”

In means the Dutchman has already eked out a slight advantage over his title rival, on top of stealing away pole position in his home Grand Prix, before the race has started.

The difference between the two now stands at 33 points heading into Sunday’s race.

In contrast to Verstappen’s performance, Sergio Perez in the sister car will line up last after spinning in the early stages of the 17-lap hit out.

The Mexican had been in a battle with Lando Norris when he control at Becketts and flat spotted his tyres.

Running 18th in the closing laps, Red Bull hauled him in at the end of the penultimate tour, making him the only driver not to see the chequered flag.

The British Grand Prix gets underway at midnight AEST tonight.