Townsville win a ‘sigh of relief’ for Waters

Townsville win a ‘sigh of relief’ for Waters 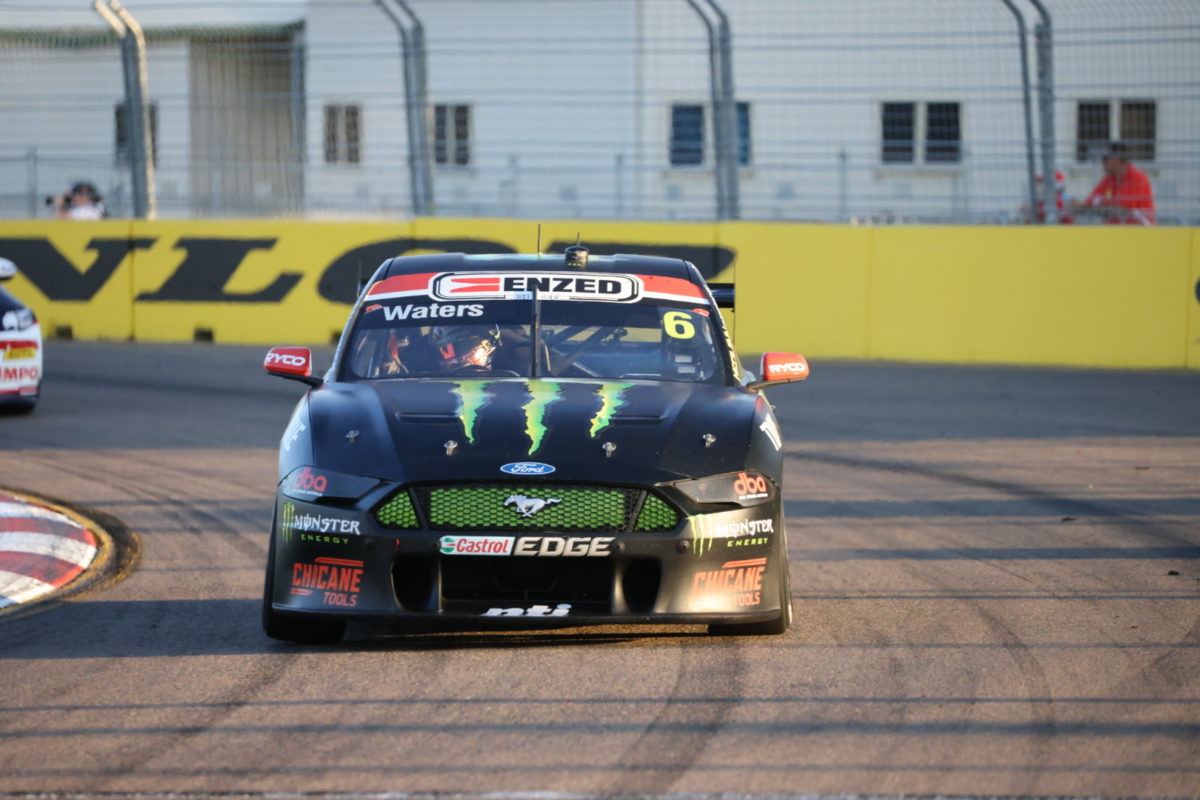 Victory in Race 17 at the WD-40 Townsville SuperSprint was a “sigh of relief” for Cameron Waters after a rough run of results.

The Tickford Racing driver was lapped on pure pace in Race 15, seven days earlier in Townsville, and had not finished better than sixth in the four races prior to yesterday’s.

However, he put the #6 Monster Energy Mustang on the front row in Qualifying for Race 17, stuck with early leader Anton De Pasquale when the race got underway, and then passed the #11 Mustang as the Dick Johnson Racing pilot got up to speed on his out lap.

Jamie Whincup narrowed the gap to Waters in the closing stages but the Tickford Racing driver was not seriously threatened, regardless of the time penalty which was hanging over the former’s head anyway.

After a chaotic 39 laps around the Reid Park Street Circuit, Waters is back up one position to fourth in the championship, 39 points behind Walkinshaw Andretti United’s Chaz Mostert.

The victory was his first since Race 11, at The Bend, while his only other podium since then had been a somewhat fortuitous second in Race 12, at Hidden Valley.

“Pretty pumped to finally get a win again – it’s been a little while – and our car’s really lacked a certain thing and I think we’ve unlocked a little bit of it today, which is probably the biggest sigh of relief,” said Waters.

“Really cool move with Anton,” he recalled with regards to the switchback off Turn 2 when the DJR driver was on cold tyres.

“I think I had a little bit of pace on him in that first stint, and drove up, got on the back of him, I thought he was going to pit a bit earlier…

“Just really good to get a nice start and get into a rhythm, and I was just so pleased I didn’t blow the tyres off it.”

The 2020 championship runner-up paid tribute to regular race engineer Sam Potter despite his absence due to surgery, saying the victory was “a massive amount of his work”.

Despite the Reid Park Street Circuit playing host to the Repco Supercars Championship on consecutive weekends, Tickford’s brains returned to base in the northern Melbourne suburb of Campbellfield between events, where they figured out improvements for the team’s three Fords.

They managed to pull it off despite only having one practice session this weekend, and a relatively skinny tyre allocation.

“Obviously we debriefed straight after the race and then all the boys, all the engineers went back to Melbourne,” recounted Waters.

“They had a sit-down away from the race track, in a different environment, and we all put our heads together, came back here with a much different race car.

“It was really hard with limited tyres and only one practice session, but we rolled out on an old tyre and we were pretty competitive straight out of the gate, so that was a little bit promising for us.

“We put a green tyre on it and it didn’t come to life like it usually would, so that was a good telltale for us that we’ve actually changed a lot of stuff and actually influenced some things.

“[It is] just [a] massive relief to finally have a little bit of race pace and influence the car that we need.”