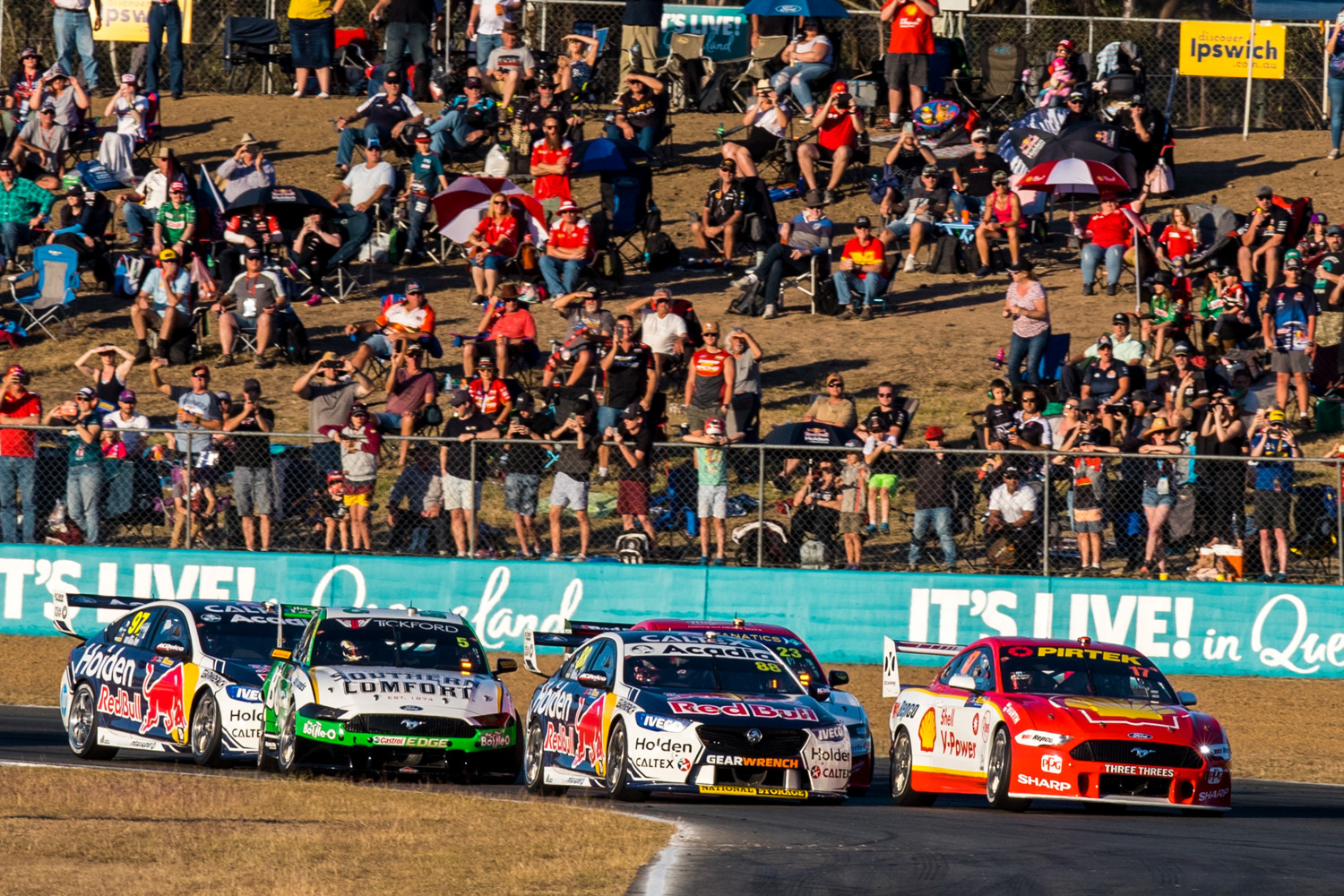 Supercars has announced its next stop on the 2021 calendar is set to take place at Queensland Raceway on August 21-22.

The category has announced tentative plans for a return to the circuit, which last hosted Supercars in 2019.

Rumours were rife throughout pit lane at the WD-40 Townsville SuperSprint as to where teams would be headed next after the postponement of the Sydney SuperNight and an escalating COVID-19 situation nationwide.

Among the suggestions were events at Winton Motor Raceway, a third weekend on the streets of Townsville, and a return to Queensland Raceway.

Owing to the colder weather in Victoria, a mid-winter round in Winton was hosed down while the streets cannot remain closed in Townsville any longer.

There were suggestions of an event at Queensland Raceway as soon as two weeks’ time; however, some teams are believed to have vetoed that amid desires to get home.

While there is a heightened risk in having teams return to Victoria due to border restrictions as a result of the state’s latest lockdown, Melbourne-based crews are desperate to get home.

In a statement released this morning, Supercars confirmed a return to Queensland Raceway is in the works; COVID-19 allowing.

“Supercars can today confirm it intends to return to Queensland Raceway in August, in what would be the eighth round of the 2021 Repco Supercars Championship,” the statement read.

“In a win for Queensland fans, Supercars plans to hold the event as a two-day, three-race weekend across 21-22 August.”

“During the COVID caused turmoil of 2020, Supercars had hoped to race here but external factors prevented the two of us delivering a race weekend last year,” said Tetley, who retained ownership of the circuit after going close to selling it to Tony Quinn last month.

“This year things have reversed and the flexibility of our two organisations offer the perfect opportunity to bring things together for the fans in South East Queensland.”

While Supercars has put a stake in the ground to work towards, the plan relies on the COVID-19 situation easing.

Victoria was recently plunged into its fifth lockdown and Queensland’s border declaration currently means it is closed off to the southern state.

Otherwise, those wishing to enter Queensland from Victoria are required to quarantine for 14 days. Only Queensland residents or those required to enter for a limited range of essential reasons can do so.

What the make-up of the calendar looks like beyond Queensland Raceway remains unclear.

Wanneroo Raceway is supposed to host the Perth SuperNight in September while Pukekohe Park is slated to hold the Auckland SuperSprint in November, though both events are in question.

Where the postponed Winton SuperSprint and Sydney SuperNight events slot in has not yet been decided.

Supercars has a requirement to hold a minimum of 12 events, which a return to Queensland Raceway will go some way to achieving.

A handful of temporary safety upgrades will need to be carried out at Queensland Raceway for Supercars to race at the facility.

In the midst of last year’s COVID-19 chaos, Tetley said those alterations could be made in a matter of days.