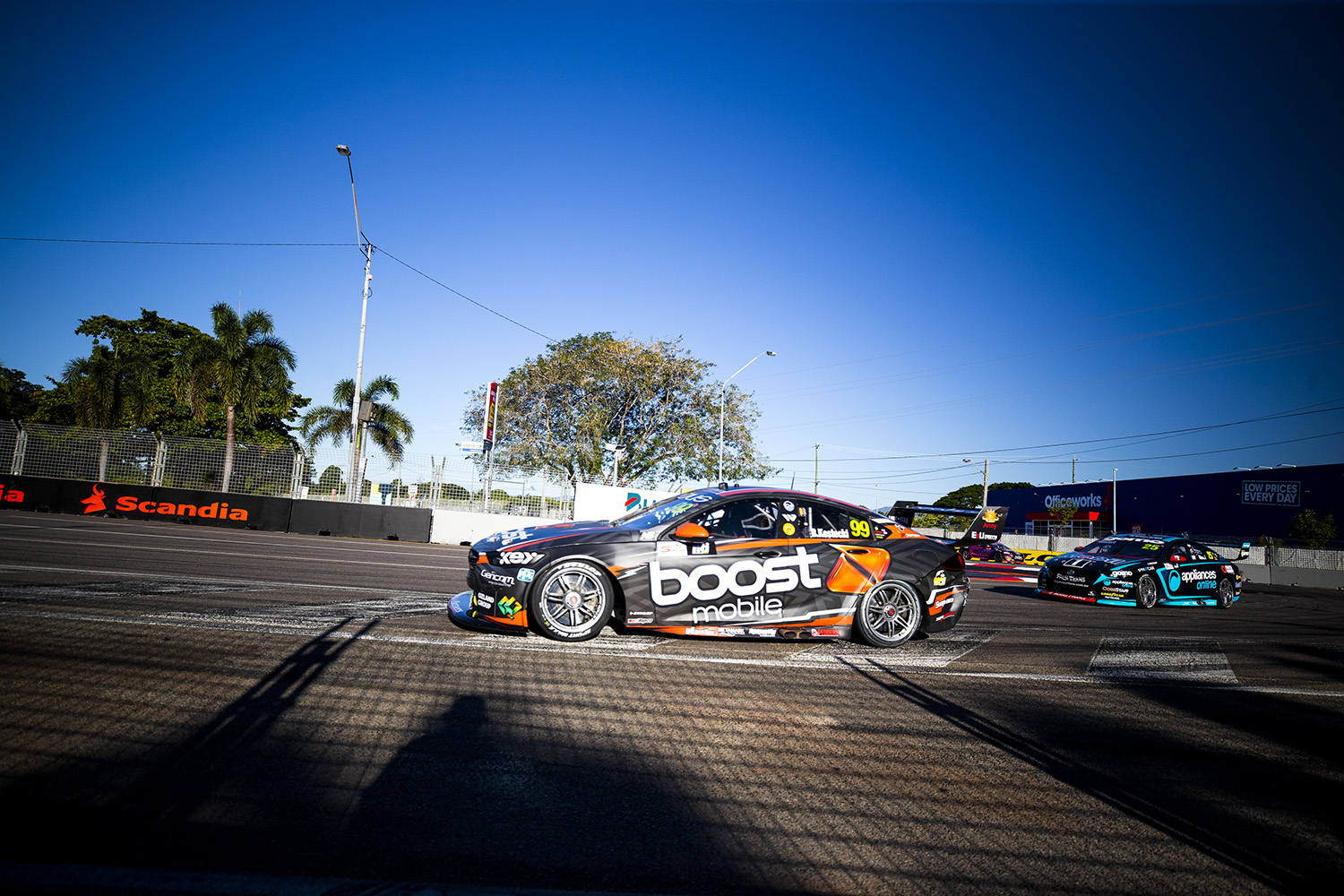 Brodie Kostecki is optimistic of better fortunes at the WD-40 Townsville SuperSprint today following a contact-filled encounter in Race 17.

After narrowly missing the Top 10 Shootout, Kostecki made a sensational start to yesterday’s 39-lap sprint race, barrelling down the inside of a train of cars at Turn 2 to seize sixth on the opening lap.

But it was all downhill from there, the Erebus Motorsport Commodore soon copping a whack from Todd Hazelwood at Turn 11 that caused steering damage.

Two corners later, Kostecki issued some not-too-subtle retaliation on the #14 Brad Jones Racing driver which would draw the ire of the stewards in the form of a 15-second time penalty.

The next time through Turn 13 wouldn’t be much cleaner for Kostecki, being run wide and making contact with the pit wall – dropping to 14th – in an exchange that saw Shane van Gisbergen handed a 15-second penalty of his own.

With a promising start falling to pieces, focus quickly turned to conserving for Races 18 and 19 today.

Kostecki circulated on his first set of tyres until making his compulsory stop on Lap 36, effectively saving crucial rubber for the Sunday action.

It did mean a sacrificing of Race 17, though, with the #99 coming home a lap down in 22nd as Tickford Racing’s Cameron Waters took victory.

“I had a fair bit of damage and just ran around on tyres for the whole race and tried to save some tyres for tomorrow,” Kostecki said post-race.

“Tomorrow is a new day so we’ll get the cars fixed up and go again.”

The 23-year-old made clear that he’d not appreciated Hazelwood’s Lap 1 antics.

“I got a really good start, I was able to just fill a hole that everyone seemed to leave open and no contact through Turn 2,” he said.

“So it was a good start, got through clean and then just got used as a brake going into Turn 11 by the #14 and just broke the front steering and it all went downhill from there.

“Got a 15-second penalty after I bumped him going into the next corner after he used me as a brake… I’m all for hard racing but just a bit strange to me.”

It was a better Saturday on the other side of the Erebus garage, Will Brown finishing 10th.

“I didn’t get the best [start], I fell back and ended up getting a fair bit of contact at Turn 2, so pretty happy to be able to claw my way back up and finish top 10 with a fair bit of damage,” he said.

“The front bar was bent up, so causing a lot of understeer but I think the car will be better tomorrow, I think we can qualify better and tune it up.”