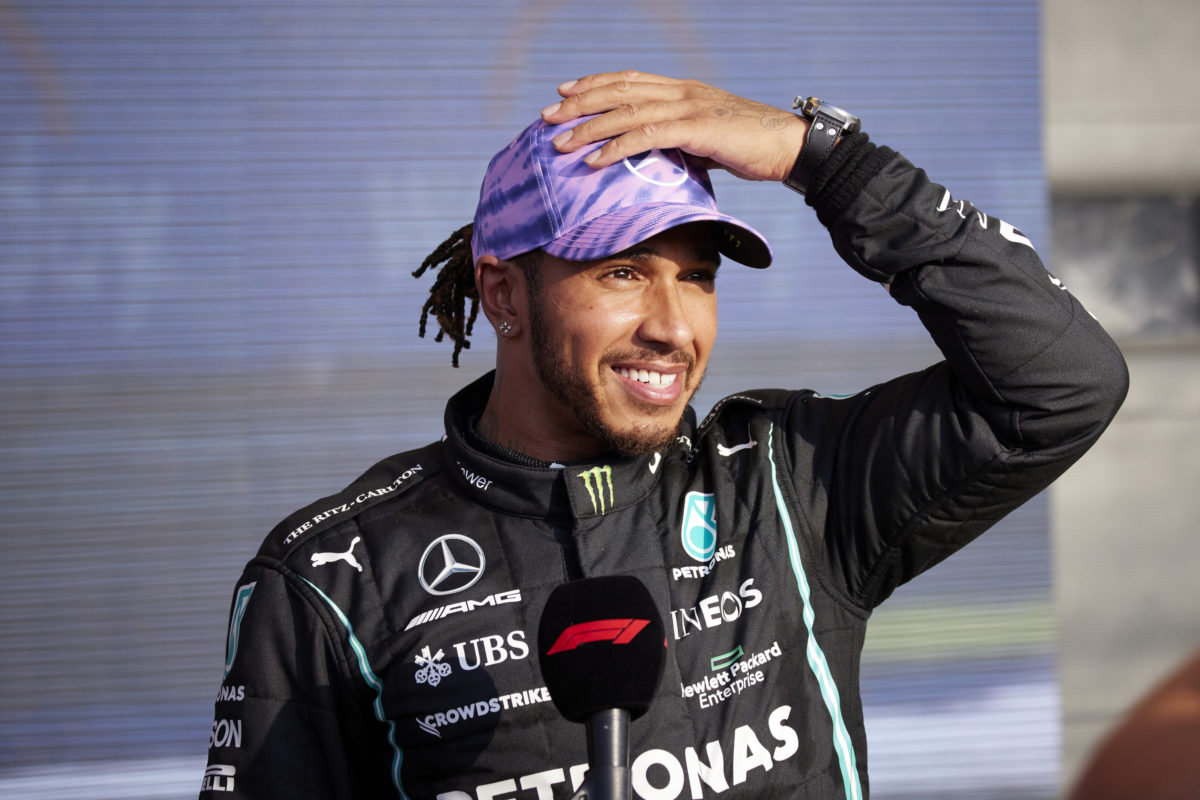 Strategy could give Lewis Hamilton his only chance at claiming victory in the Formula 1 British Grand Prix.

That’s the assessment of the seven-time world champion who lost out to championship rival Max Verstappen during the sport’s first-ever Sprint Qualifying session.

Hamilton started from provisional pole for the 17-lap encounter but was demoted off the start to trail Verstappen to the flag.

As a result, he’ll line up for Sunday’s race from second, Mercedes’ nine-year run of pole positions at Silverstone having come to an end.

“I think he had a lot of pace today, and I don’t think he was particularly having to push too hard,” Hamilton said of Verstappen’s performance after Sprint Qualifying.

“We were flat out, so tomorrow’s going to be tough.

“If I can try and somehow keep up with them through the stints maybe we can apply pressure through strategy, but we’re not going to be overtaking them on the track – they’re just too fast.”

Though he was beaten to pole, there were lessons to take out of Saturday’s encounter which Hamilton hopes can be used in the race itself.

One of those was a healthy helping of tyre data after Mercedes started Valtteri Bottas on the soft compound rubber.

“The most I struggled with tyre was from, let’s say, Lap 3 to Lap 10-11, there was quite a bit of overheating,” the Finn explained after finishing third.

The decision to start on the softs was an attempt to gain an advantage in the opening corners and came after a positive impression of the tyre during practice.

“We tried the soft in FP2 and actually it was a bit better than I thought it would be,” Bottas said.

“They didn’t quite work out [in Sprint Qualifying] but luckily the risk was quite minimal, so I managed to keep my place.

“The start itself, the performance was good, but I was a bit blocked into in the first corner, so I lost the momentum,” he added.

“We tried and it’s not a disaster because the main day is tomorrow.”

With the medium compound tyre having blistered on both Hamilton and Verstappen’s car, a two-stop strategy is a distinct possibility in the Grand Prix.

That could see the soft tyre employed in the final stint once fuel loads have burned down, making the laps Bottas turned on Saturday potentially highly valuable.

Red Bull meanwhile had both its drivers use the medium compound tyres, Sergio Perez’s compromised after a spin on Lap 5 saw his heavily flat spotted.

The British Grand Prix gets underway at midnight AEST tonight.