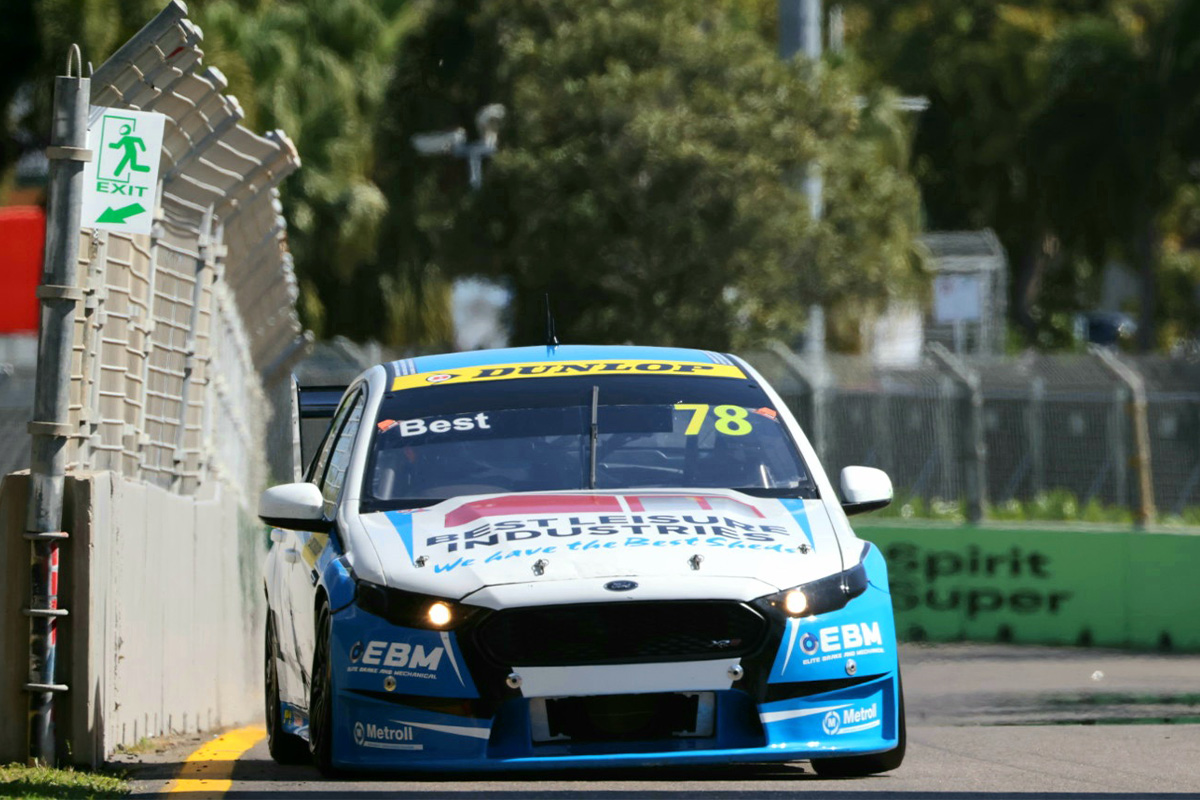 Tickford Racing’s Zak Best has broken Broc Feeney’s Dunlop Super2 Series qualifying hot streak with a career-first pole ahead of the second and final race of Round 3, in Townsville.

That was before the field bolted on new tyres for their final efforts, and several drivers subsequently had turns at the top of the timing screen.

Ojeda then improved his time but not his position in setting a 1:14.6870s, leaving Car #31 on the outside of Row 2 of the grid at the Reid Park Street Circuit.

“We’ve finally done it so it’s a good feeling. We knew we had it in us but just put it together and got the job done.”

Tyler Everingham (#27 MWM Nissan Altima) ended up 11th in a session contested by all 16 Super2 entries, even after the massive pile-up on the afternoon prior that saw Perkins’ car catch fire.

Michael Anderson (#5 Anderson Motorsport FG Falcon), who leads the third tier series, was second in class and 18th outright on a 1:16.9654s.

The Round 3 finale, to be contested over 21 laps, is set to start this afternoon at 14:20 local time/AEST.