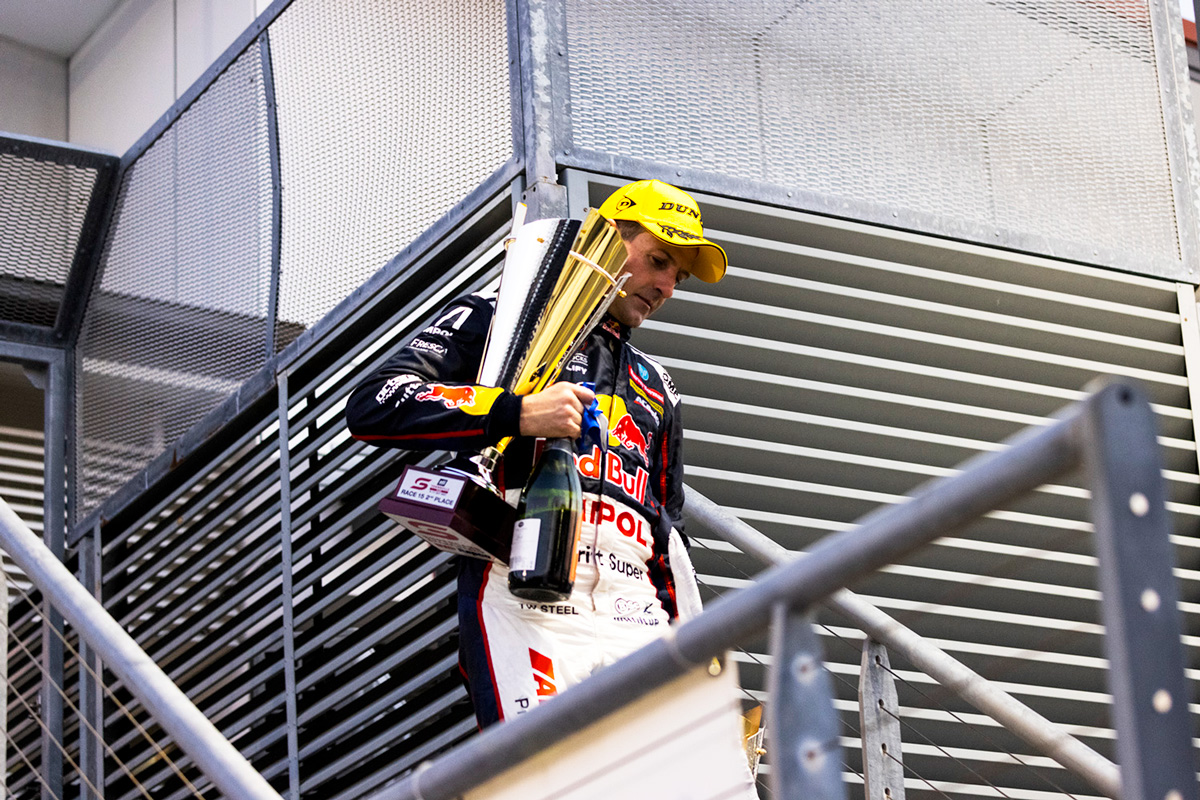 Jamie Whincup is expecting the reality of his looming retirement from full-time racing in the Repco Supercars Championship to hit home once the Gold Coast season finale arrives.

This weekend will almost certainly mark Whincup’s final time racing a Supercar around the streets of Townsville – a location where he has a staggering 12 wins to his name.

It was announced prior to the start of the season that 2021 would be Whincup’s last in a full-time capacity before he takes over from Roland Dane as team principal next year.

While long-time team-mate Craig Lowndes experienced a farewell tour of sorts through the back half of the 2018 campaign, Whincup is content with keeping a low profile.

“I’m actually not thinking about it,” said the 38-year-old.

“I’m not going to every event going ‘this could be the last time’.

“It probably might be the last time I drive a Supercar around here, but I was looking at Toby Price and Paul Weel in Super Trucks [last weekend] and I was like, ‘that could be a bit of me next year’. It looks like a bit of a fun.

“But I’m honestly not thinking about it.

“I think it will hit me pretty heavily at Gold Coast this year no doubt, that’s what I’m guessing, but right now there’s plenty of racing to go and I’m enjoying it as much as I can.”

Even if he’s been overshadowed by Red Bull Ampol Racing team-mate Shane van Gisbergen, who has 10 victories this year to Whincup’s one, it’s been a respectable season to date for the seven-time champion.

Whincup is second in the standings – the only driver within 300 points of the #97 – and helped RBAR complete a pair of one-two finishes last weekend in the Townsville 500.

“Everyone from last weekend will go through all the data and come up with new set-ups and new ways to go fast, so you’ll see everybody improve,” said Whincup.

“We know we’ve got to improve as well from last weekend, otherwise we’ll be swamped.

“But the closer you are to the limit, the less room you’ve got to move to improve the car, so we’ve got to make some small steps, I think you’ll see a lot of teams making big steps, so it’s going to be bloody competitive this weekend.”

Townsville Tin Tops will be the first category out on-track this morning from 10:00 local time/AEST, with practice for the Supercars Championship commencing at 11:35.