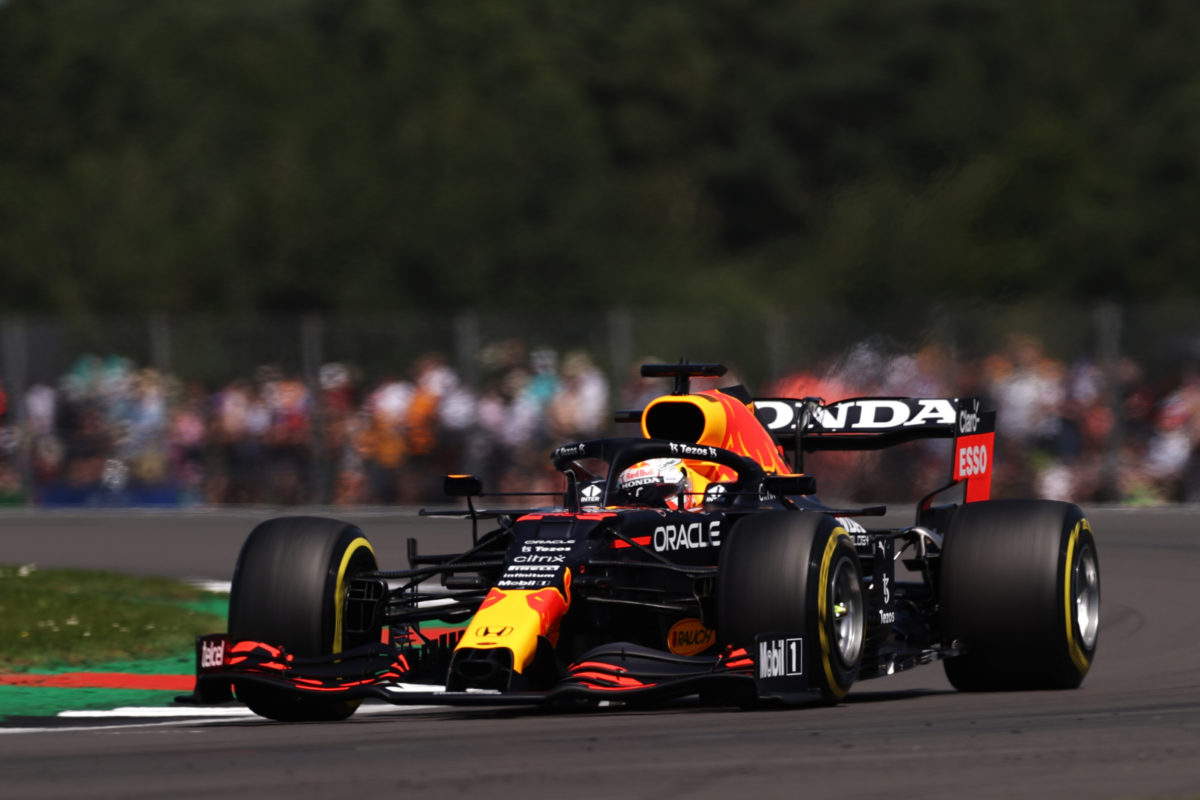 Max Verstappen has ended the final Free Practice session of the weekend fastest from the two Ferrari drivers at the Formula 1 British Grand Prix.

Verstappen headed the field by 0.3s, with Charles Leclerc second and Carlos Sainz third, while provisional pole-sitter Lewis Hamilton was only eighth.

However, outright single lap performance was not the focus as teams looked to gather tyre data for Sprint Qualifying and Sunday’s Grand Prix.

Times were therefore well down on those seen on Friday with mixed programmes and priorities at play across the field.

Despite it being the final non-competitive opportunity to get on track, it was a slow start with only half the field heading out in the first five minutes.

Both Ferrari drivers were among that select few, Leclerc on the hard compound tyre and Sainz on the mediums as the Scuderia split its programme.

The early pace was comparatively pedestrian- Esteban Ocon fastest after 10 minutes with a 1:32.220s, more than four seconds off the time Hamilton set in Qualifying.

The Frenchman was curiously on the soft compound tyre, despite the yellowed walled mediums appearing the better race – and even single lap – rubber.

After 20 minutes, Verstappen moved to the top of the timesheets on a set of the medium tyres with a 1:30.428s, heading Sergio Perez who’d risen above Ocon’s earlier best.

At Mercedes, Valtteri Bottas was told he’d picked up damage to the rear of his car after running over the kerbs at Copse, a message relayed to Hamilton.

Bottas argued the point and was later validated when the team identified a tear-off had found itself into a brake duct, hurting the car’s performance.

A nine-lap run for Perez saw the Mexican’s front-right medium compound tyre sporting punctures on the inside shoulder.

Meanwhile the soft tyre proved popular, suggesting many were considering it for Sprint Qualifying.

For a time, AlphaTauri’s pairing of Pierre Gasly and Yuki Tsunoda held down third and fourth, though they were shuffled down as the session progressed.

The order became somewhat of a Noah’s Ark for a time, with the two Red Bulls followed by both McLarens, both Mercedes, and then the AlphaTauris.

That lasted until Sainz recorded a 1:30.507s on a set of soft compound tyres, dropping him into second fastest.

Leclerc further upset the previous order with a 1:30.277s on the medium rubber to slot in behind Verstappen and ahead of his Ferrari team-mate.

It came as Norris had a 1:30.831s effort deleted after running wide at Copse, having minutes early had a transgression at Stowe which rubbed out a 1:32.414s.

When the chequered flag fell, Verstappen remained at the top of the timesheets, the Dutchman having completed the least laps of any driver in the session.

He logged 22 laps while many while Sebastian Vettel was the busiest driver as he accrued 33 laps.

Daniel Ricciardo backed up his Qualifying pace, shadowing Norris’ 1:31.030s by 0.004s as he ended the session in seventh.

The session concluded with every car on track so as to complete a practice start, which can’t take place in pit exit at Silverstone.

It provided another awkward moment for Bottas, who looped his Mercedes at Village following his practice start, though no harm was done and he was able to return to the garage without further incident.

Formula 1’s first ever Sprint Qualifying session follows, with lights set to go out on the 17-lap encounter at 0130 AEST on Sunday morning.