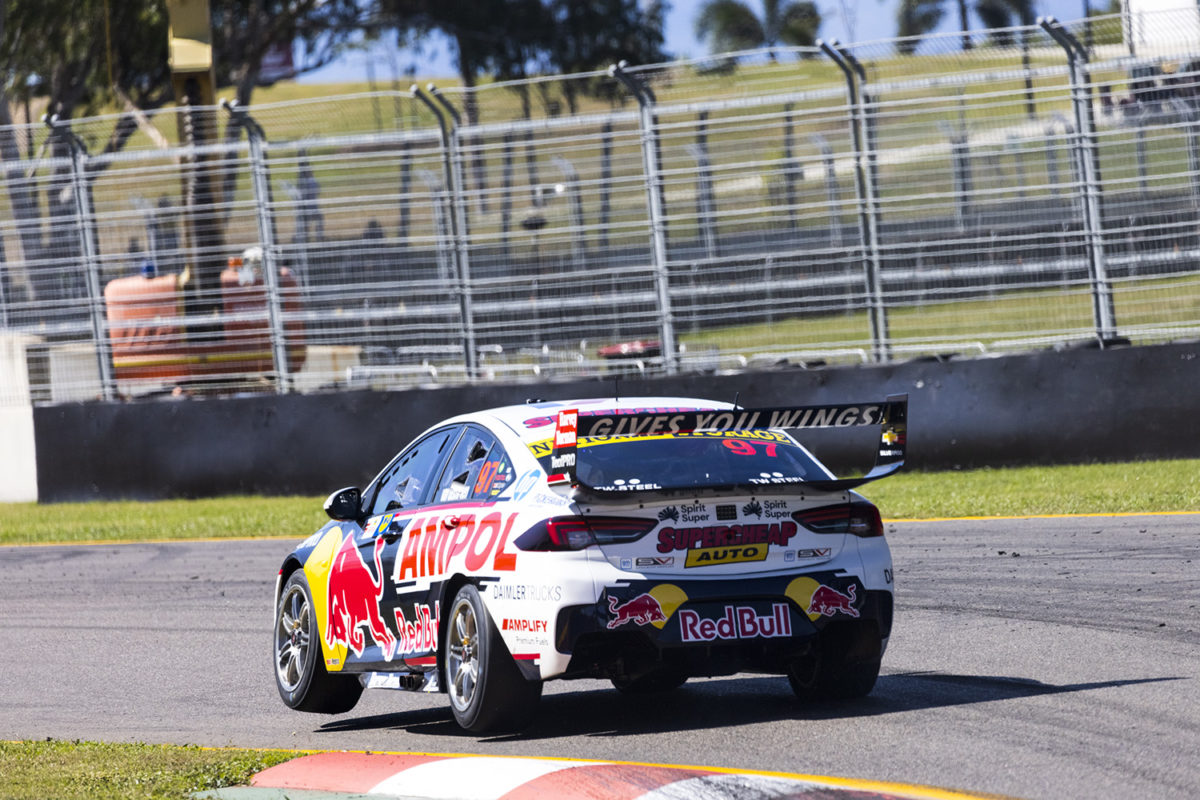 Goddard qualified a provisional seventh, one position behind van Gisbergen, meaning they ran consecutively during the one-lap dash which decided Qualifying for Race 17 at the WD-40 Townsville SuperSprint.

The Matt Stone Racing driver was on to beat the three who had gone before him when he locked the inside-front at the last corner and slid the Yellow Cover ZB Commodore into the tyre barrier.

Van Gisbergen’s own flyer was a messy one which left him a subpar sixth on the starting grid for this afternoon’s 39-lapper, with the championship leader reporting that there was confusion on his out lap.

“Well, it was shit wasn’t it?” he said of the lap as he drove the #97 Red Bull Ampol Racing entry back to pit lane.

“Like, the guy crashed and there was no info from Race Control.

“I got told to pit so [I] had no tyre temp and then was told to go.

“So, yeah, that’s pretty confusing and not very good.”

As is the norm for a shootout, save for breaks for free-to-air television (not applicable this weekend), van Gisbergen was already on his out lap while Goddard was on his timed lap.

Team manager Mark Dutton argues that the following driver should be allowed to pit in such situations.

“Obviously, we saw the car spin, as everyone would have, and in the rulebook it is not actually clear,” he claimed.

“It’s not black and white what happened so in those instances we have to rely on Race Control communicating what to do.

“There was crickets, it was radio silence and then we were told to start the lap, basically.

“As soon as it happens… the way that these sessions are run, there’s an overlap between cars finishing and starting the next one, just for timing-wise, which is normal and standard, but as soon as something like this happens, you have to accept there’s going to be a delay.

“You should be told to come into pit lane, service the car, whether you need more fuel, obviously your tyres have done an extra lap compared to others, it should be up to you what you change, et cetera.

“There was no communication from Race Control on what to do, so unfortunately we started the lap and Shane had been told to back off, clearly as he should have been by his race engineer.

Triple Eight team principal Roland Dane spoke to Race Control shortly after, saying van Gisbergen would have qualified better, albeit not enough to deny Anton De Pasquale pole, if not for the drama.

“I just wanted to know their thinking on not calling the lap, because they told Shane to slow right up very early on his out lap,” recounted Dane.

“Of course, it compromised his lap. I don’t want to take anything away from Anton’s pole, because I don’t think we would have been able to beat him, but Shane certainly would have been three or four positions further up if he hadn’t had his out lap compromised.

“In my opinion, Race Control got it wrong, so they should say, ‘OK, we could have called that differently,’ and brought him into pit lane, et cetera, and given him a proper chance because it is meant to be a fair competition and that wasn’t.

“As any driver knows, a compromised out lap doesn’t help you do a Shootout lap.”

Asked if there was a grey area to clear up in the rules, Dane replied, “No, you have just got to make the right call.

“I think it was clear that Goddard was struggling to get the car started and going again and eventually did, but only just as Shane was coming around the second-last corner.

“It just wasn’t a good call and that’s fine, just put your hand up.”

Goddard drove from the barriers at Turn 13 into the pits, meaning he set no time in the Shootout and will be 10th on the grid this afternoon.