Slade ‘ecstatic’ after charging to fourth

Slade ‘ecstatic’ after charging to fourth 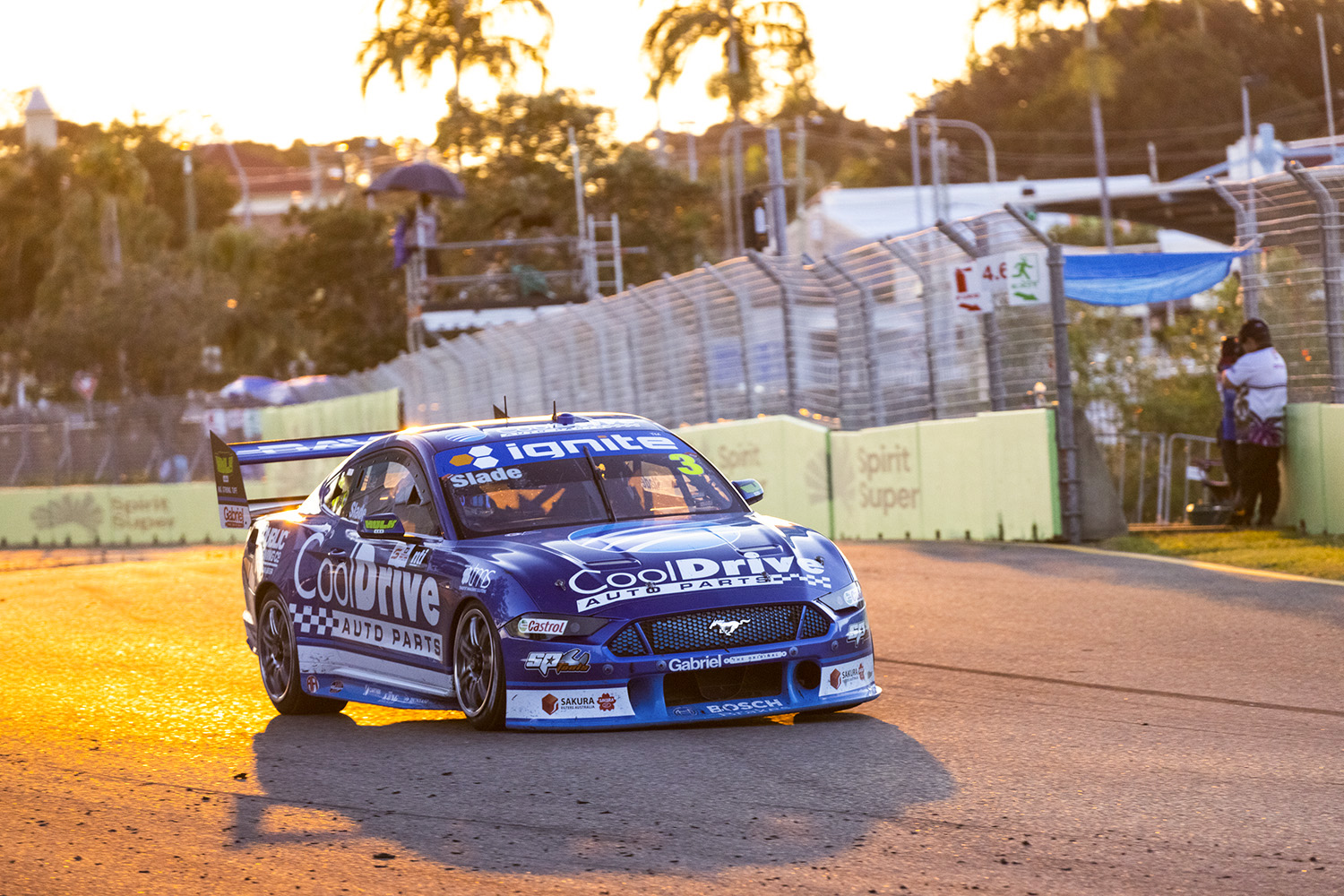 Having taken ownership for a subpar qualifying performance that left him to start 19th for Race 17 of the Repco Supercars Championship at Townsville, Slade charged forward to take the chequered flag fifth.

That would become fourth, with a 15-second time penalty for speeding in pit lane demoting Jamie Whincup from second to fifth.

It marked the first top five finish of BRT’s young history, and continued a good run of form that now reads six top 10s from the past seven races.

BRT set off on an alternate programme in the one and only Supercars Championship practice session this morning, logging 35 laps – 12 more than any other driver, as others set about making usual adjustments to break up stints on-track.

Then, having regretted opting for a conservative strategy at the Townsville 500 last Sunday, Slade and engineer Mirko De Rosa committed to pitting far earlier than any rival entry.

The result was a huge undercut effect that rocketed the #3 CoolDrive Mustang up the field, and it was able to hold station from there.

“I’m ecstatic,” said Slade, who admitted neither he nor team owner Tim Blanchard thought a result better than eighth was possible following qualifying.

“We had a good weekend last weekend and we knew the race car was quite good so we just focused on that in practice this morning.

“And then qualifying, we weren’t fantastic but I stuffed it up so I wanted to really make amends. I knew that we could move a fair way forwards given how strong the race car is.

“It’s just testament to all the CoolDrive Racing guys, they’re all awesome.

“It was a bit of a stress-free race in a sense. I got a terrible start but then we just sort of knew what kind of numbers we had to hit.

“We had to get past one car at the start and then we just sort of ran our own race from there, so yeah, I’m so happy, that’s awesome.

“Obviously no trophy but definitely the next best thing.”

Slade will have another two races tomorrow to vie for silverware.

Sunday main game action at the WD-40 Townsville SuperSprint will commence with qualifying from 10:25 local time/AEST.