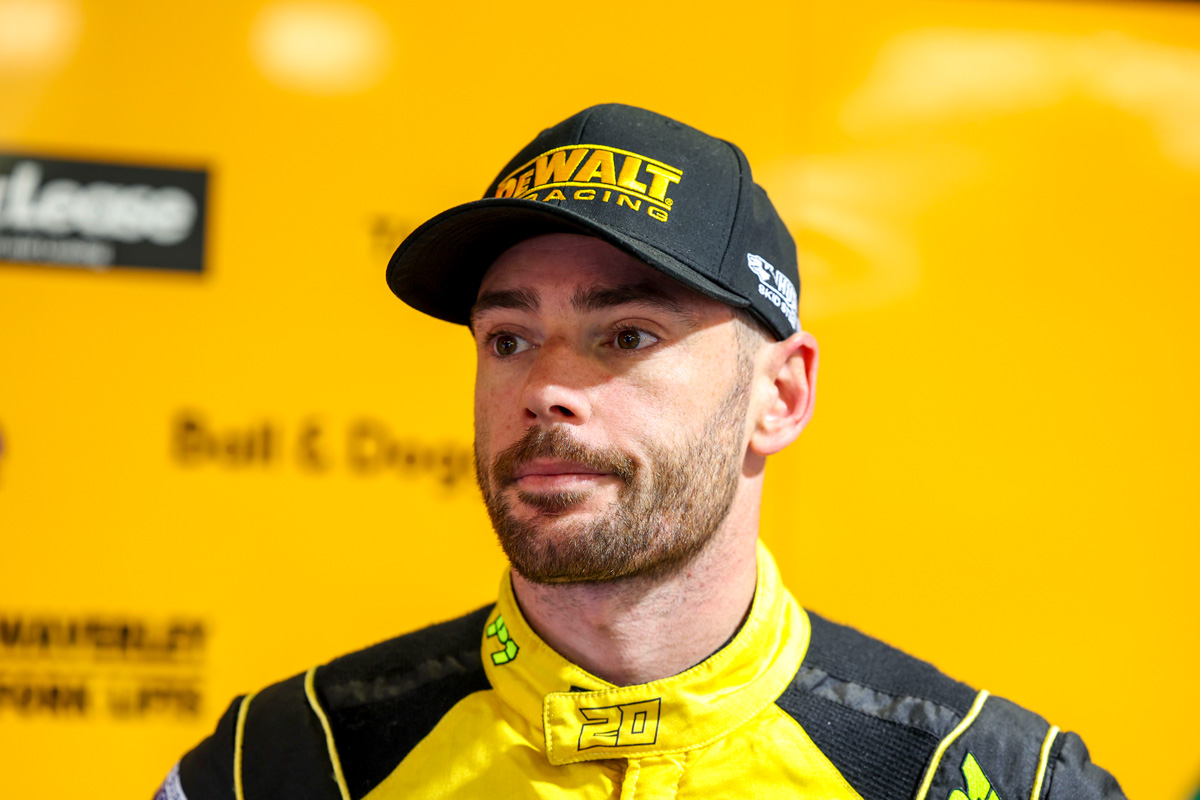 Recovering from a 15-second penalty for Turn 13 contact with Brodie Kostecki early in the piece, van Gisbergen made a move on Pye for seventh position at the same corner on Lap 33 of 39 in Race 17 of the championship.

Pye was run wide onto the grass exiting the corner, a hand gesture in the car representing his feelings about the pass.

“I’m all for hard racing and I’m not one to be a blocker but I’ll defend my position and that put me in a perfect spot for down into Turn 2,” said the Team 18 driver.

“So yeah, I wasn’t one that was going to block but he just turfed me off.

“It’s not in my playbook to be doing that – we’re side-by-side and he just drove me off the road, so disappointed with that.”

Despite that moment, it was a positive day for Pye, who climbed from 18th on the grid to claim a season-best seventh.

It follows a nightmare Townsville 500 on the previous weekend, in which the Dewalt Racing entry finished both races several laps off the pace due to steering issues.

“We had a great opening lap and it wasn’t all my doing – I won’t take full credit – there was a bunch of guys facing the wrong way,” said Pye.

“Turn 1, I went to the outside and I came out in 12th or something and passed one and got into 11th… there was a lot of passing going on after that.

“So we still had good speed and moved forward. It’s always fun when you’re passing cars and not getting passed, but that opening lap certainly helped.

“Sometimes you need a bit of luck on your side and I think my back pocket is full of it.”

It was another difficult day for team-mate Mark Winterbottom, however, despite making a step forward in car pace relative to last weekend.

“The first thing I did was just ring the family and say, ‘who hit me’, because that Turn 2 thing was just out of control,” said Winterbottom.

“I don’t want to throw people under the bus until I watch it myself, but they said the guy who qualified 20th hit me so I can’t believe [it],” he continued, with reference to Team Sydney’s Fabian Coulthard.

“I had a good start, got to the inside, I’d made up three spots or whatever and just got drilled in the back and then got sideways and then the other two cars spun into me.

“You have just got to qualify up the front, you just get put with them and that’s what happens.”

Winterbottom ultimately finished a lap down in 20th place, causing him to fall to eighth in the championship.