No penalty for Everingham after Super2 pile-up

No penalty for Everingham after Super2 pile-up 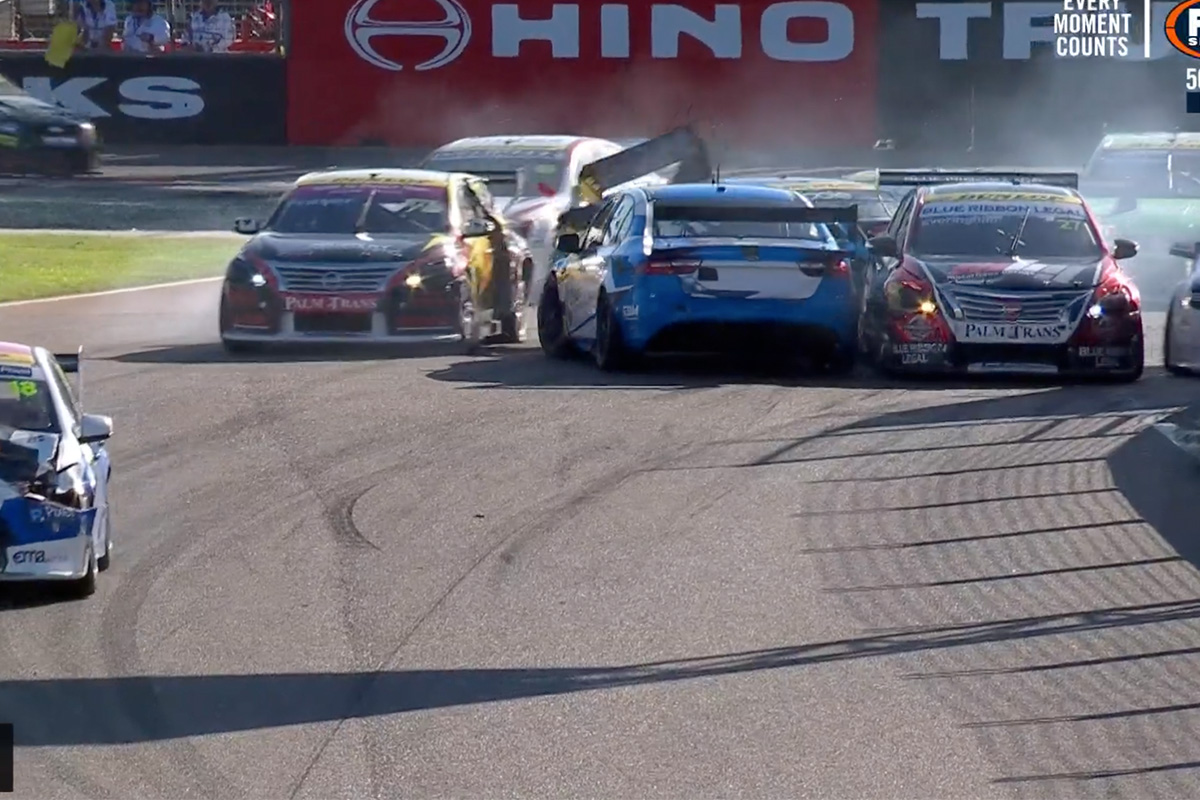 Stewards have cleared Tyler Everingham after the pile-up which his attempted move on Zak Best set off in the Dunlop Super2 Series in Townsville.

Race 1 of Round 3 was called early, with series leader Broc Feeney eventually classified the winner, after Jack Perkins’ car caught fire and several others incurred damage at Turn 3.

The drama was triggered when Everingham showed the nose at Best in the battle for third, turning the #78 FGX Falcon sideways on exit of the blind corner.

Those close behind could not avoid shunting into one of the former’s #27 MW Motorsport Altima or the latter’s Tickford Racing entry, with a Safety Car and then red flag called due to the carnage.

However, stewards found no one wholly or predominately to blame.

“The DRD and DSA conducted an investigation into an incident between Cars 78 and 27 resulting in contact between numerous cars,” read the stewards report.

“Following a review of all available broadcast footage, including the in-car judicial camera from Cars 54 [Matt McLean] & 27, the DRD in consultation with the DSA determined no one driver was wholly or predominately to blame.”

Everingham’s team-mate Jayden Ojeda was initially classified the race winner given he had been leading at the end of Lap 13, to which the result was initially backdated to.

However, that was changed to the end of Lap 14, the lap prior to the incident, in the hours afterwards, meaning Triple Eight Race Engineering’s Feeney now has his third win in a row and fourth out of five for the year to date. 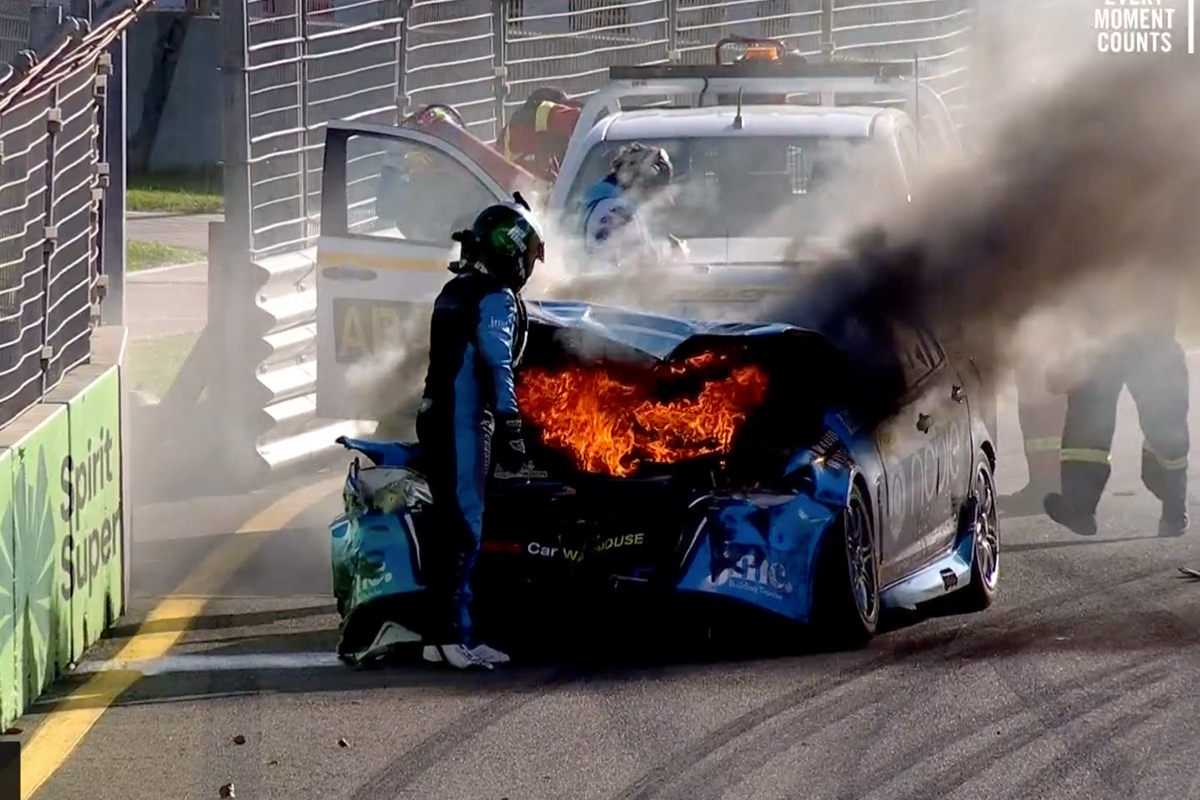