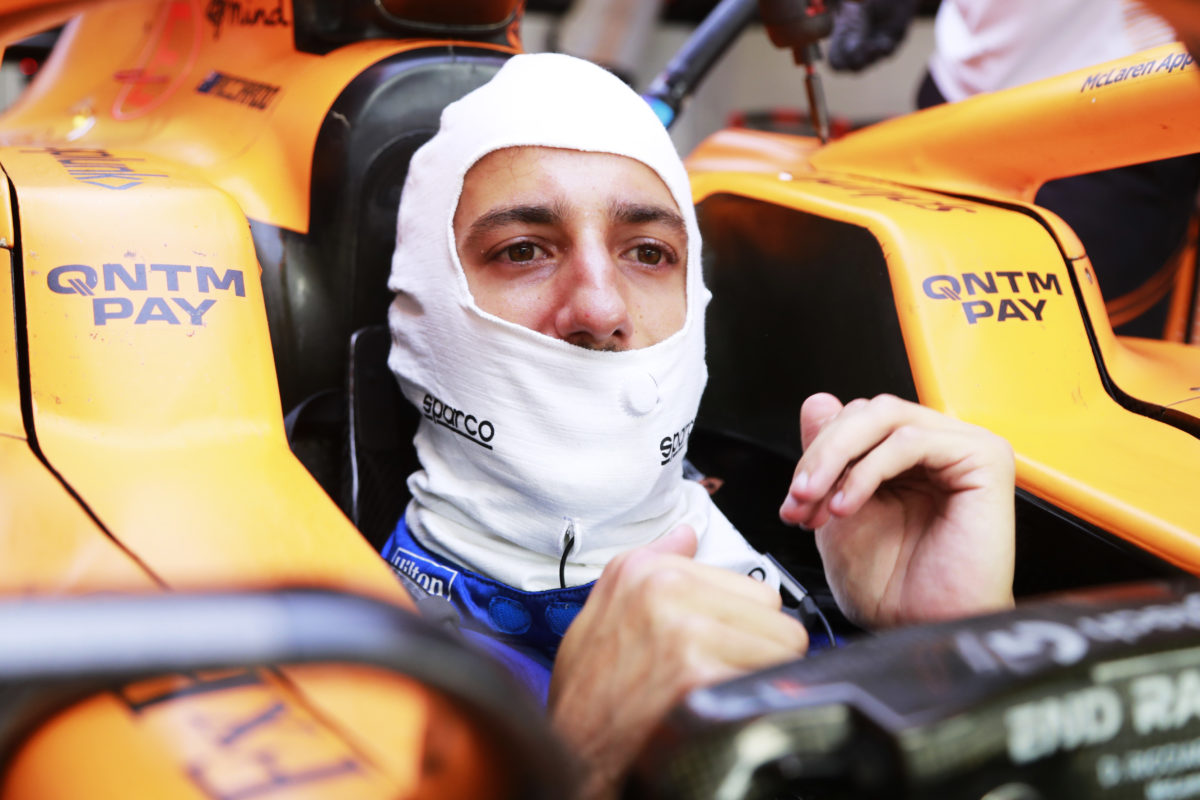 The Australian has had a sluggish start to his career with the British marque following a two-year stint with Renault.

Paired with Lando Norris, he’s found himself overshadowed for much of the season by his young team-mate, and has openly admitted that he’s struggled to come to grips with the MCL35M.

There have been glimpses of promise, and his race pace at the Austrian Grand Prix was encouraging, but has been let down by his qualifying performances.

“He is definitely getting closer, and his race pace is stronger than his qualifying pace at the moment,” Brown explained.

“I think it shows how good Lando is right? He was a rookie and then, you know, Carlos I think has shown he’s an awesome racing driver, so I think Daniels up against tough competition.”

Ricciardo joined McLaren to much fanfare, with his arrival viewed as a signal of intent and proof of the world championship winning outfit’s return to the front end of the F1 grid.

His role was expected to be that of the clear leader, but that has not transpired, leaving Brown to admit the struggles have come as somewhat of a surprised for the whole team.

“I think we are surprised,” he said of the 32-year-old’s performances to date.

“He’s surprised that he’s not near Lando’s pace but [the] good news is everyone’s working very hard.

“There’s no excuses, just hard work ahead of us, and I hope he gets on top of it because we need two cars constantly in the front if we’re going to pull down the third in the championship.”

It’s a position it currently holds down once again, with Ferrari offering the stiffest competition this time around.

McLaren has scored 141 points in the opening nine races, 101 of those by Norris, and holds a 19-point margin over its Italian rivals where Charles Leclerc has recorded 62 points and Sainz 60.