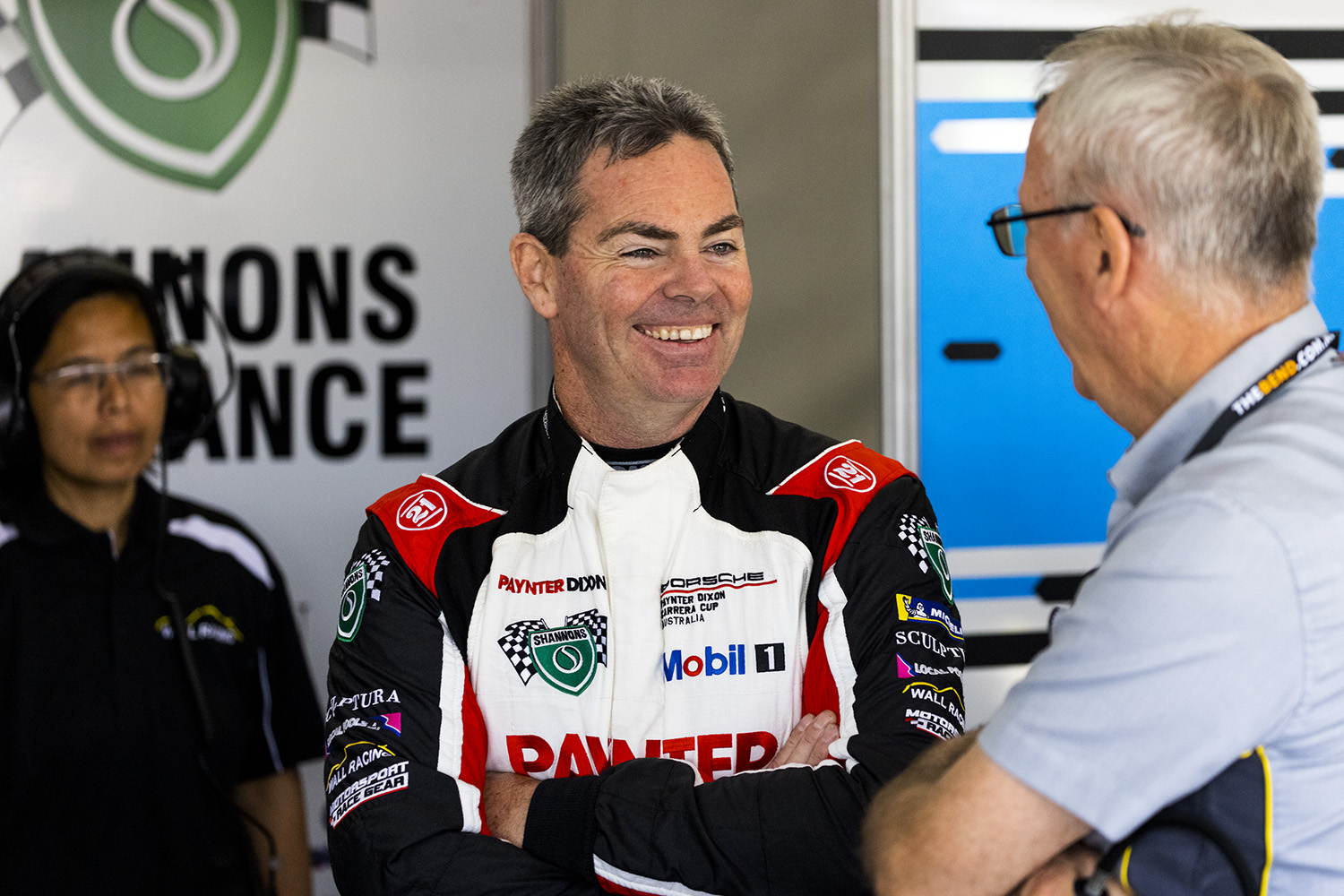 Craig Lowndes has returned to the Supercars commentary team for the WD-40 Townsville SuperSprint.

Last weekend Lowndes opted out of commentary duties at the Townsville 500 to put his full focus into Porsche Paynter Dixon Carrera Cup Australia with Wall Racing.

After a weekend away from the commentary line-up, Lowndes has rejoined fellow commentators Jessica Yates, Mark Skaife, Garth Tander and co in the line-up.

“It’s nice to be back,” Lowndes told Speedcafe.com.

“I went home in between. It’s a different weekend this weekend being back on TV. It’s nice to be back, the sun is shining, it’s great.”

This weekend’s SuperSprint will see a change-up compared to the 500 format.

Instead of two 250km races, the SuperSprint will see Supercars take in three 110km races with one compulsory pit stop for a minimum of two tyres.

Lowndes said he’s fascinated to see how the rest of the Supercars field responds to Red Bull Ampol Racing’s dominance at the Reid Park Street Circuit.

“The teams up and down pit lane all had good speed initially but didn’t have the tyre life,” he explained.

“This weekend will be a lot different being a sprint format. Qualifying is still going to be really important to be on the front row because you obviously want to be in clean air, that’s been vital.

“The pit stops and strategies will play a big part as well because again we saw the undercut last week, no doubt the teams will be looking at that as well.

“I think there were a few there that were surprised they didn’t have the speed they thought they could have.

“This weekend there’s no doubt that they’ll turn it around.”

Practice 1 of the Townsville SuperSprint gets underway at 11:35 AEST.