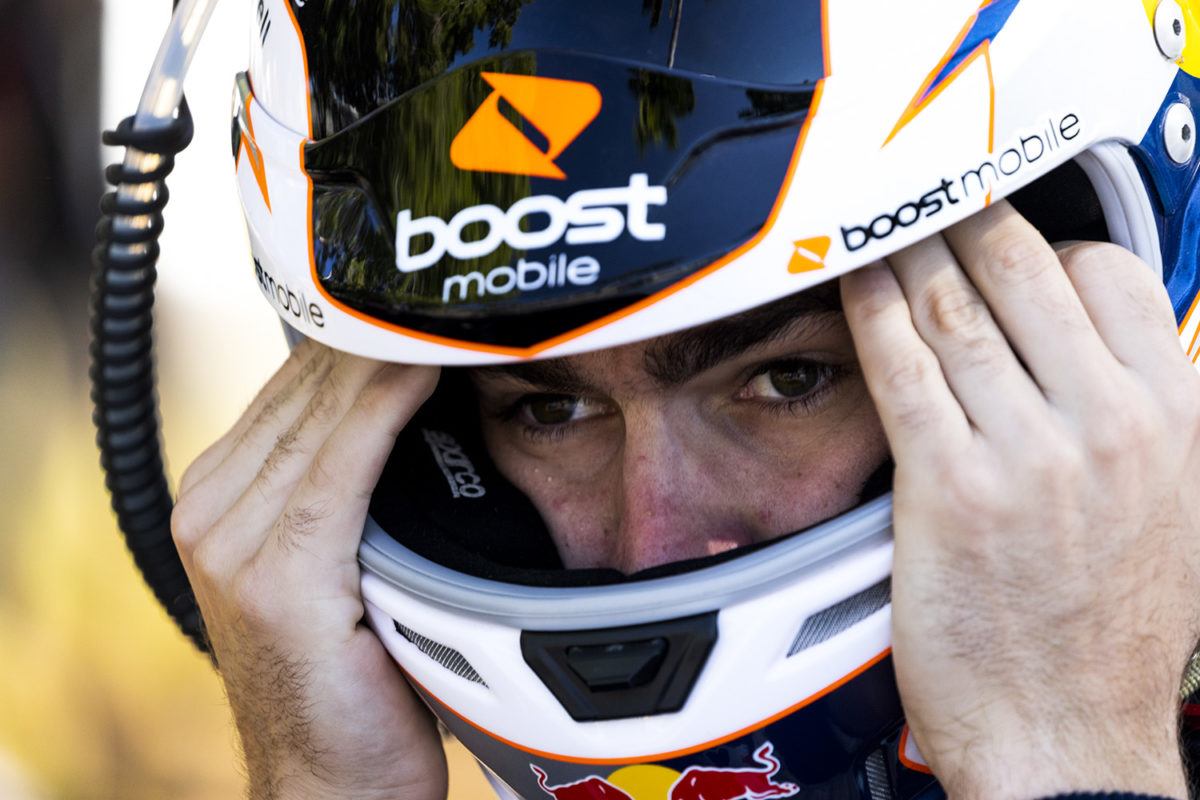 Broc Feeney has taken a third Dunlop Super2 Series pole position in eight days, setting the fastest lap in Qualifying for Race 1 of Round 3 in Townsville.

Feeney (#888 VF Commodore) was quickest after the first flyers with a 1:15.0859s but matters would be decided once everyone bolted on greens for the final run.

Best (#78 FGX Falcon) split them with a 1:14.5212s just before the chequered flag, which not only shuffled Ojeda to third but also Angelo Mouzouris (#6 VF Commodore) to fourth in the other Triple Eight entry.

“To be honest, my radio stopped in that one so I had no idea,” said Feeney.

“I thought the first lap was pretty good, I was pretty excited with the time and pushed on for the next two, but I had no idea what was going on, to be honest. I’m like, ‘Should they call me in or not?’

“When I saw this sign [pole] out the front of my garage, I’m so excited. Three in a row for this amazing team, cannot thank them enough, and man, I’m so excited to be back and go racing again this afternoon”

Josh Fife (#28 MWM Nissan Altima) ended up 11th after being impeded by Eggleston’s Jack Sipp (#38 VF Commodore) when he went off-sequence for his final run, with the latter incurring a three-position grid penalty as a consequence.

In the Super3 class, Nash Morris (#67 Flash Bush Motorsport FG Falcon) doubled his career pole tally six days after his first with a 1:16.2531s which puts him 16th outright on the grid.

Super3 series leader Michael Anderson (#5 Anderson Motorsport FG Falcon) was third in class and 19th outright on a 1:16.8181s, although he is set to start 18th due to Sipp’s penalty.