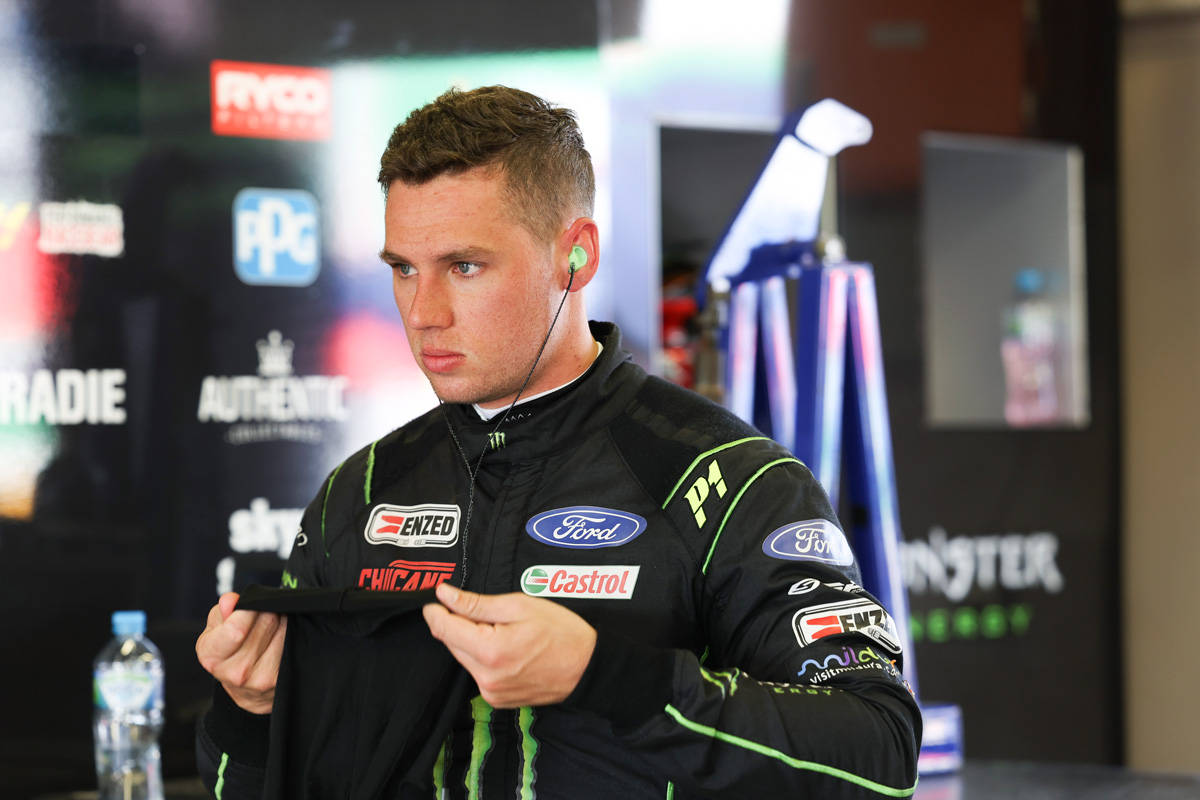 Cameron Waters says that Triple Eight Race Engineering’s dominance of the NTI Townsville 500 was “a bit unheard of” in high-level motorsport.

Shane van Gisbergen won both Race 15 and Race 16 of the Repco Supercars Championship and Jamie Whincup was second in the other Red Bull Ampol Racing car in each.

Furthermore, Whincup’s margin over the other podium finisher, the Shell V-Power Racing Team’s Anton De Pasquale in each of those encounters, was 30 seconds in one and 20 seconds in the other.

Although Waters’ Tickford Racing team-mates were more competitive with him than had been the case in the earlier events of the season, the Monster Energy Mustang driver was less competitive in general than has come to be expected.

Best for the Campbellfield-based squad in Race 15 was James Courtney in seventh, last of those to finish on the lead lap, before Waters led the way for the team with sixth in Race 16.

Whincup believes Triple Eight’s purple patch is “just all part of sport” but Waters seemingly found it more remarkable than that, even if he did acknowledge that Tickford needs to improve.

“We got lapped [on] Saturday, which was a bit of a kick in the face,” admitted the 2020 championship runner-up.

“Sunday was definitely better, but we’ve still got a long way to go.

“To be honest, I wasn’t surprised [about being lapped],” he added.

“The car was feeling pretty ordinary and I knew that those [Triple Eight] cars were fast but, in the top level of motorsport, to have two cars that far in front of everyone, it’s a bit unheard of.

“So, bit of a weird one to be honest, but our car wasn’t good either.”

Supercars is back at the Reid Park Street Circuit this weekend, but the WD-40 Townsville SuperSprint is comprised of a trio of 110km races rather than a pair of 250km affairs.

While the track will be the same, the format and a typical strategy equates to stints averaging around 55km instead of around 84km last weekend.

Tyres will be thinner on the ground, with just five sets of event marked (ie new) hoops for each car to complete six stints of racing, but Waters noted that second-stage degradation should not be a factor this time around.

“Our car was pretty sensitive to just how it was producing its lap speed at particular parts of the corner,” he explained of last weekend.

“I think the track was quite fast in practice with the cloud cover and whatnot, and when it got sunny on Saturday, track grip deteriorates a little bit and then your issues that were marginal are now big issues.

“That was kind of our story from practice to Saturday [but] I think we made it better for Sunday.

“Tyre deg’s probably the worst it’s ever been around Townsville, but our car wasn’t very nice either, and when your car’s not very nice, it eats the tyres up even more.

“This weekend won’t be as bad because the races are a little bit shorter and you don’t have to draw those stints out as bad.

“You [still] have your first stage of deg, and then that second stage of deg is what we were getting on the [last] weekend, which we probably won’t this weekend.”

Waters will this weekend be without regular race engineer Sam Potter, who is undergoing surgery at a time when the championship originally was not supposed to be racing.

However, he is hopeful the Tickford team will be able to arrive at a workable solution for its Townsville set-up shortcomings.

“We’re just trying to identify what the issues are,” he said.

“We’ve got a fair idea what we’re lacking; we’ve just got to work out which tool will influence it for us.

“We’re having a lot of conversations about it, a lot of ideas are being thrown around. Now it’s just about picking the right philosophy and implementing it.

“It’s not just picking a philosophy and implementing it; it’s what other issues that’ll bring in, so yeah, we’ll be right, we’ll keep chipping away at it.”

Practice 1 is due to start on Saturday at 09:45 local time/AEST, although a rejigged schedule is to be released today in a bid to avoid clashing with the North Queensland Cowboys’ home NRL match against the Sydney Roosters.