SRT’s 2022 MotoGP rider line-up remains up in the air as it waits for Yamaha and Valentino Rossi to make decisions about their future plans.

The Malaysian team currently fields Rossi and Franco Morbidelli in the premier class and while it has the latter under contract for next year, moves at Yamaha Factory Racing could well have a knock-on effect on SRT.

Maverick Viñales’ shock exit means that the Japanese marque is on the hunt for a rider and, with the likelihood of #46 retiring, its satellite team could very well be looking for two.

Morbidelli reportedly has a clause in his contract which would allow him to leave for a factory team, a suggestion which new comments from SRT boss Razlan Razali have given weight to.

Razali spoke of an “ongoing discussion” with Yamaha and other parties, and while that could be taken as reference to its agreement with the manufacturer which is/was due for renewal, he also talked up the M1 package in a way which suggests that deal is done.

Either way, nothing about riders is set to be announced until after the pair of grands prix at the Red Bull Ring next month, when the MotoGP season resumes following the summer break.

“It’s important to remember that we’re still waiting to hear Valentino and Yamaha’s decision about next year,” noted Razali.

“Anyway, and as is normal in this period of the year, the latest news regarding the MotoGP riders’ market has certainly opened up all possibilities.

“It’s an ongoing discussion between Yamaha, ourselves and our current MotoGP riders, and we’re not in a rush to announce anything.

“We have been receiving interest from a lot of riders and even riders that are currently outside the MotoGP championship who want to join our team.

“We believe that we have time and are in a position where we have the luxury to choose; everybody knows of the package that Yamaha can offer and what a young rider can potentially do as part of our team.

“We have the structure and the package to offer young riders the opportunity to achieve their dreams.

“We have seen it with both Franco Morbidelli and Fabio Quartararo, so with all this interest we will take our time to evaluate every rider who we would like.

“There won’t be any potential line-up announcement until after the next couple of races.”

Quartararo holds a commanding, 34-point championship lead after winning four of the nine races to date on his Monster Energy Yamaha.

This year is his first at the factory team after debuting in MotoGP in 2019 with SRT, which signed the Frenchman when he had only one Moto2 victory to his name and had never finished higher than 10th in the championship in a season of grand prix competition.

Quartararo won the first two races of the 2020 campaign, and three in total, but it was Morbidelli who took second in the championship despite riding a year-old ‘A-Spec’ M1 with upgrades.

Morbidelli and Rossi both had tough opening halves of 2021, the former in part due to a knee injury which ultimately required surgery and looks like costing him five starts.

Rossi’s best finish so far is a 10th in the Italian Grand Prix, and he has only twice qualified in the top 10. 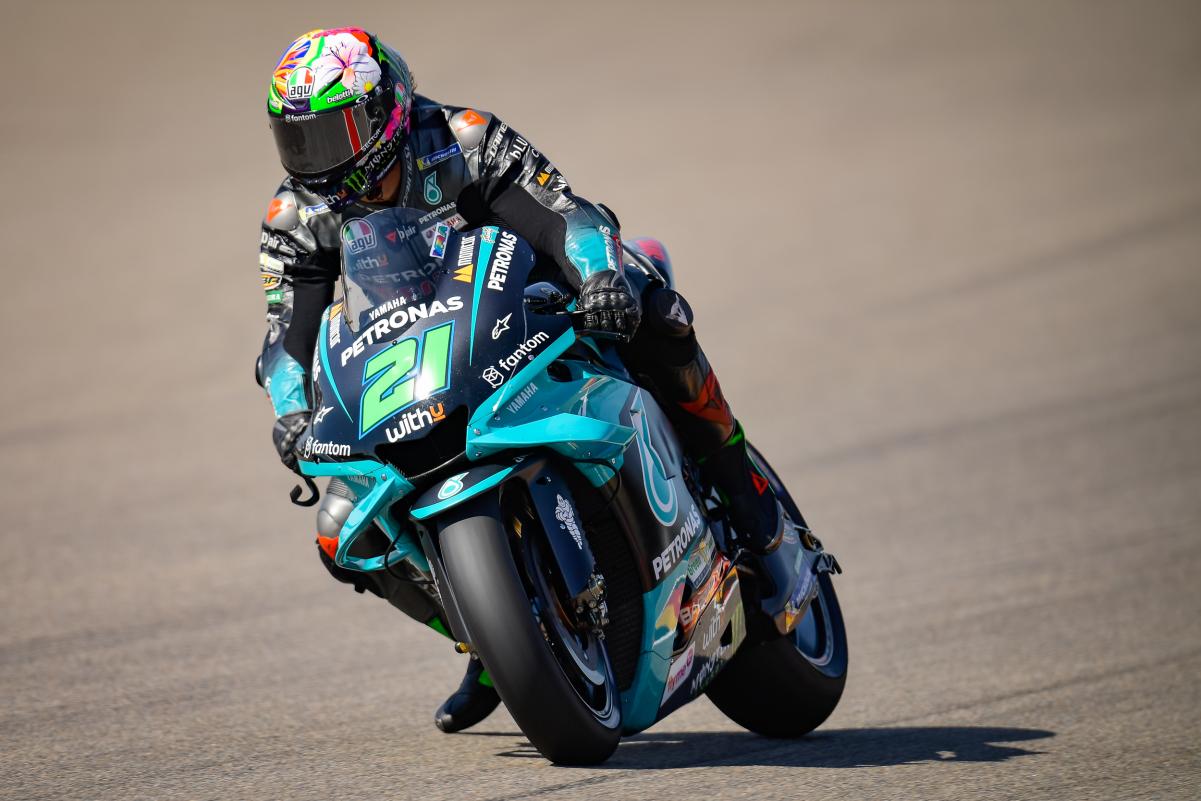 “This season has been hard for us in MotoGP, especially coming into it off the back of the strong results from our first two years in the category, including Franco Morbidelli being vice-champion [runner-up] in 2020,” admitted Razali.

“The 2021 season hasn’t been completely what we expected it to be. Franco experienced bike issues in the first round but he came back strong and claimed the first podium of the year for the team in Jerez.

“Unfortunately, he was then struggling with his knee problem as it became aggravated and ultimately led to him needing surgery.

“It does impede our aspirations for the rest of the season but we hope that he will come back strong again.

“We saw some good qualifying pace from Valentino Rossi in the season opener and some improvements in recent races, but we know it has been difficult.

“We will keep supporting him all we can for the second half of the year.”

Rossi has maintained that he will make a decision on his future during the summer break, before stating at the most recent round that Viñales’ contract termination would make no difference to his thought process.

His junior squad, Team VR46, will run Ducatis when it becomes a MotoGP team in its own right next year, a development which points to SRT continuing to be a Yamaha operation when the championship’s new participation agreement takes effect in 2022.

SRT also competes in Moto2 and Moto3, meaning its intermediate class riders Jake Dixon and Xavi Vierge could be candidates to fill seats in the MotoGP squad.

The 2021 season resumes with the Michelin Grand Prix of Styria on August 6-8.