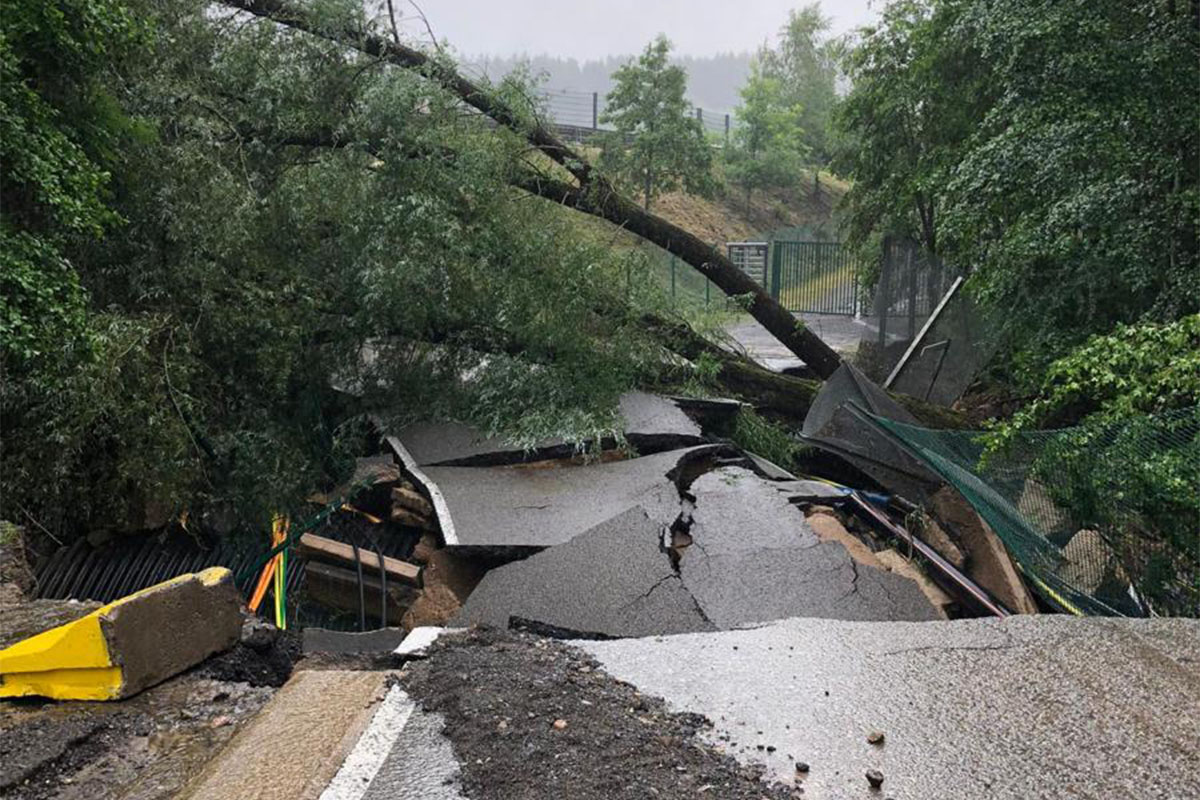 Damage to one of Spa’s access roads. Picture: Circuit of Spa-Francorchamps

Days of heavy rainfall caused rivers in parts of the Netherlands, Germany and Belgium to burst their banks, leading to major flooding.

According to the BBC, at least 60 people have died in the floods, with most of the victims from the worst-hit German states of Rhineland-Palatinate and North Rhine-Westphalia.

The Netherlands and Belgium were also badly affected, while the supporting infrastructure at the latter’s Formula 1 Grand Prix venue, Spa-Francorchamps, has been severely damaged following flooding in the nearby town of Liege.

“The Blanchimont road, giving access to the paddocks, has partially collapsed and the Ster and Blanchimont tunnels are impassable,” read a statement from the circuit.

Trees are in danger of falling, while safety fences need to be replaced and the digital infrastructure for track safety has to be restored to operating conditions.

Officials have closed the circuit until further notice and hope to “repair the impacted infrastructure and facilities as quickly as possibly”.

Over in Germany, the Nurburgring has set up facilities at the circuit’s Bitburger Event Center to help flood victims around the clock.

Clothing, shoes, and household items are being donated to support those in need.

Formula 1’s Belgian Grand Prix is set to take place in just over a month between August 27-29.

This is Pepinster, eastern Belgium 🇧🇪 sadly, this is a tragic summer flood for multiple countries.

No this is not Himachal or Hyderabad. Brace up for scenes of awful #flood destruction from Germany, Holland & Belgium in western Europe.

After hottest summers of all time, the worst rainfall in 100 years!

No one will be left untouched. No one. Prepare.https://t.co/HA053aoFq8 pic.twitter.com/092RJcK2wm