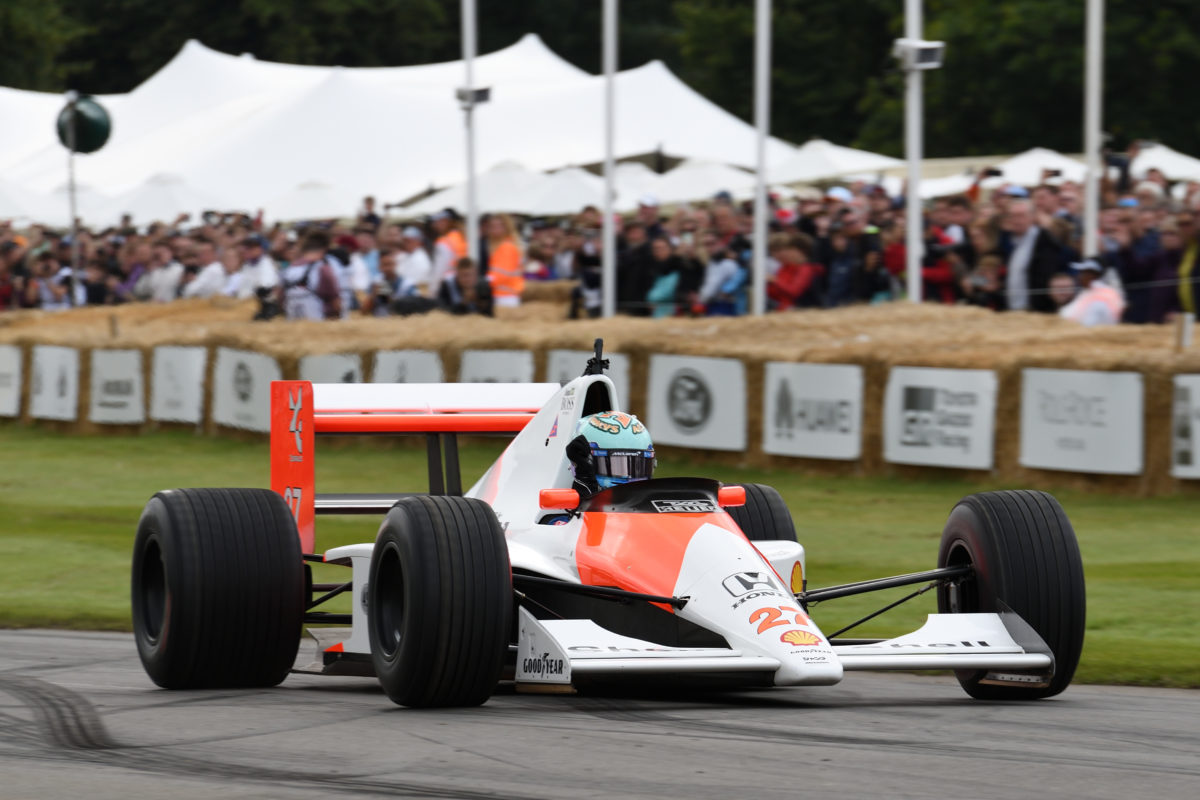 Daniel Ricciardo has described the opportunity to drive one of Ayrton Senna’s championship-winning cars as a ‘surreal’ experience.

The Australian took to the wheel of Senna’s McLaren MP4/5B, the car with which he claimed the 1990 world championship, over the course of the Goodwood Festival of Speed.

“It was pretty awesome,” Ricciardo said of the opportunity.

“It was one of those just crazy, little bit like pinch yourself moments or experiences.

“I found myself, like cleaning the car at one point because as a kid I would have loved to have just been anywhere close to that car, let alone touch it, clean it, sit in it, whatever.

“I was there and certainly enjoyed just being a part of it and getting able to drive it. I don’t know, just surreal.

“We do get so caught up sometimes in the competition of the sport and we were like our one day when we finished we’ll look back on it with fond memories.

“It was definitely hard to not like be in the moment and appreciate that for what it was. That was cool.”

Senna and Gerhard Berger raced the Honda V10-powered MP4/5B throughout the 1990 season, the pair delivering McLaren an 11-point victory in the constructors’ championship.

It was an evolution of the car which saw Alain Prost claim the 1989 championship before departing the team for Ferrari at season’s end.

By the end of 1990, a season which delivered Senna’s second championship success, it had recorded 27 pole positions, and 263 points from 32 starts.