Ojeda seeking to establish himself as MWM team leader

Ojeda seeking to establish himself as MWM team leader 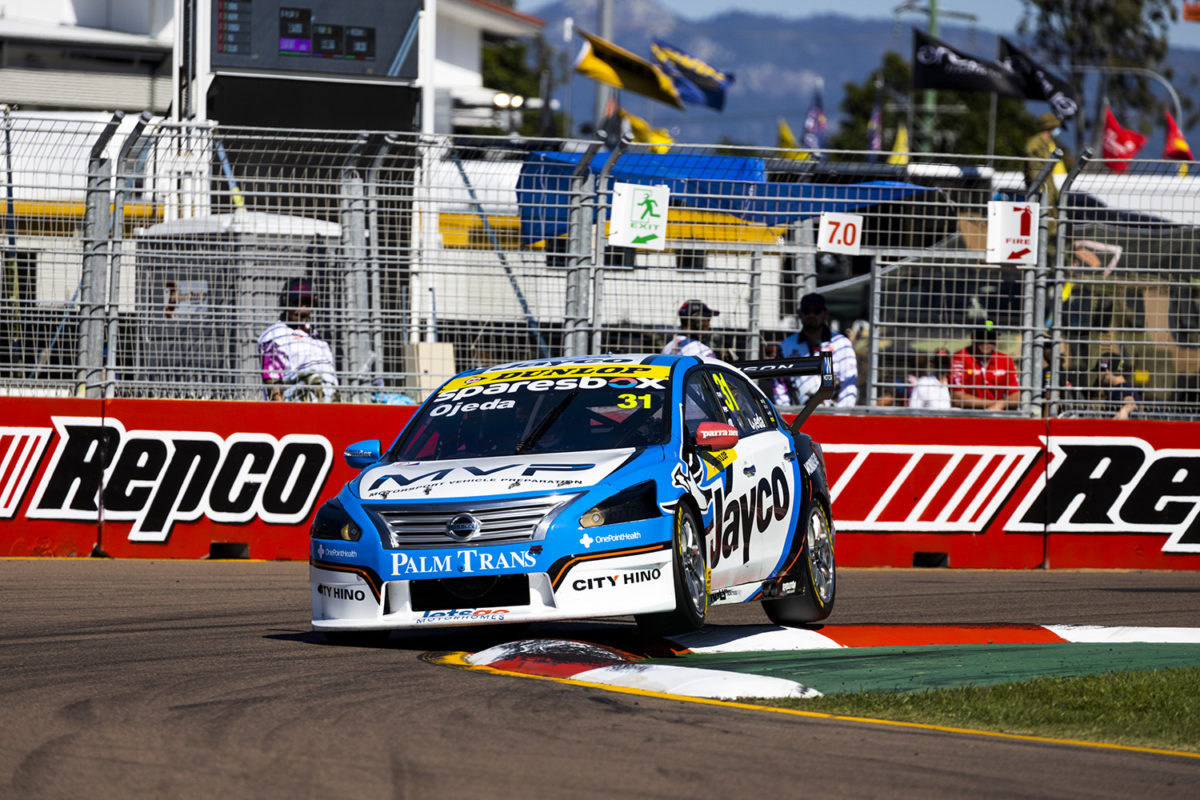 Jayden Ojeda is seeking to establish himself as MW Motorsport’s team leader as he pursues a Dunlop Super2 Series title in his second year in the competition.

The Sydneysider was last year’s leading rookie in finishing fourth in the series, which was won by Thomas Randle in another of the MWM Nissan Altimas.

Randle’s title was hardly a major surprise given, by the commencement of hostilities in 2020, he had already impressed as a wildcard in the Supercars Championship and a race winner in his two prior Super2 seasons.

His team-mates, however, were two first-timers in the second tier, the other being Zak Best.

Ojeda is now one of the relatively experienced drivers in the expanded, four-car MWM Super2 stable this year, which is comprised also of Tyler Everingham, Josh Fife, and Declan Fraser.

Fife, like Ojeda, has his rookie season under his belt, but switched from Brad Jones Racing and a VF Commodore in the off-season, while Fraser had just two Super3 rounds to his name before Round 1 of 2021.

Circumstances might have transpired such that Everingham only contested one Super2 round last year, with Anderson Motorsport, but he is the obvious one to beat in what is his second stint at MWM.

His first yielded a Super3 title in 2018 and a Super2 victory at Sandown in 2019, before the Dubbo driver was officially classified the winner of Race 2 of Round 1 of this year at Mount Panorama.

Ojeda currently has the upper hand in the intra-team battle, in third in the series after finishes of second and third last weekend in Townsville, and wants to keep it that way when Round 3 unfolds at the same circuit from tomorrow.

“Last year, I obviously had Tom in the team, which was great; I learnt a lot from racing against him and having his data there on hand,” he said.

“This year, obviously, I’m trying to step up to be the top driver in the team and fight for the championship, so I’m pushing myself just as hard as I was last year but you’re expecting that little bit more every time you go out on the track.

“We’ve got a week to work on our car and there’s a few things that we’ll try to dial into it to hopefully have a comeback [this weekend] and be even better.”

Triple Eight Race Engineering’s Broc Feeney dominated Round 2 of the season in Townsville to move back into the series lead, after also taking out the first race of the season.

Asked if #888 can be caught, Ojeda said, “I mean, there’s still racing left to run, so, until the last race is finished, there’s still a battle to be fought.

“Obviously, they were quick but we’ll work on our car throughout the week and see what we can do to better it, and ultimately we just want to show up with our best to obviously match their best.”

The results in Round 2 were still an improvement for Ojeda after a relatively tough outing at Bathurst in February.

An experiment with right foot braking left him somewhat uncompetitive on the Saturday but he qualified on pole on the Sunday and was running third during the race.

That was until a touch from Broc Feeney saw him shuffled back to seventh, and an off at The Chase cost two more positions, with his final result being a seventh.

Last time out, Ojeda saw off early pressure from Blanchard to take second in Race 1, but could not find a way past when the roles were reversed in Race 2.

“I had a good race there with Tim in that last race, but ultimately just lost out on track and tied in the round points, so I got relegated to third [on a countback], but ultimately happy with the round,” he said.

“Obviously, a big step to be jumping back up to the podium from Bathurst, so ultimately happy with a good batch of points.”

Of the other MWM drivers, Fraser sits sixth in the series, Everingham is seventh in the standings having officially been a DNF in the first race of 2021 due to a clutch problem, and Fife is 15th.

The sole practice session for Round 3 takes place tomorrow from 08:50 local time/AEST.