Hazelwood gets new look for Townsville 2.0

Hazelwood gets new look for Townsville 2.0 Brad Jones Racing has revealed yet another new look for Todd Hazelwood, who will carry a bold black and white livery at the WD-40 Townsville SuperSprint.

The #14 Holden ZB Commodore will sport the colours of tools.com on the streets of Townsville, marking the fifth different livery this year for the South Australian.

Hazelwood was a standout in Townsville 500, running inside the top 10 in Race 15 before a power steering failure halted his charge.

He then went on to qualify a season-best third for Race 16 before finishing seventh, his best result of the season.

With another weekend of racing at the Reid Park Street Circuit, the 25-year-old said he’s eager to improve. 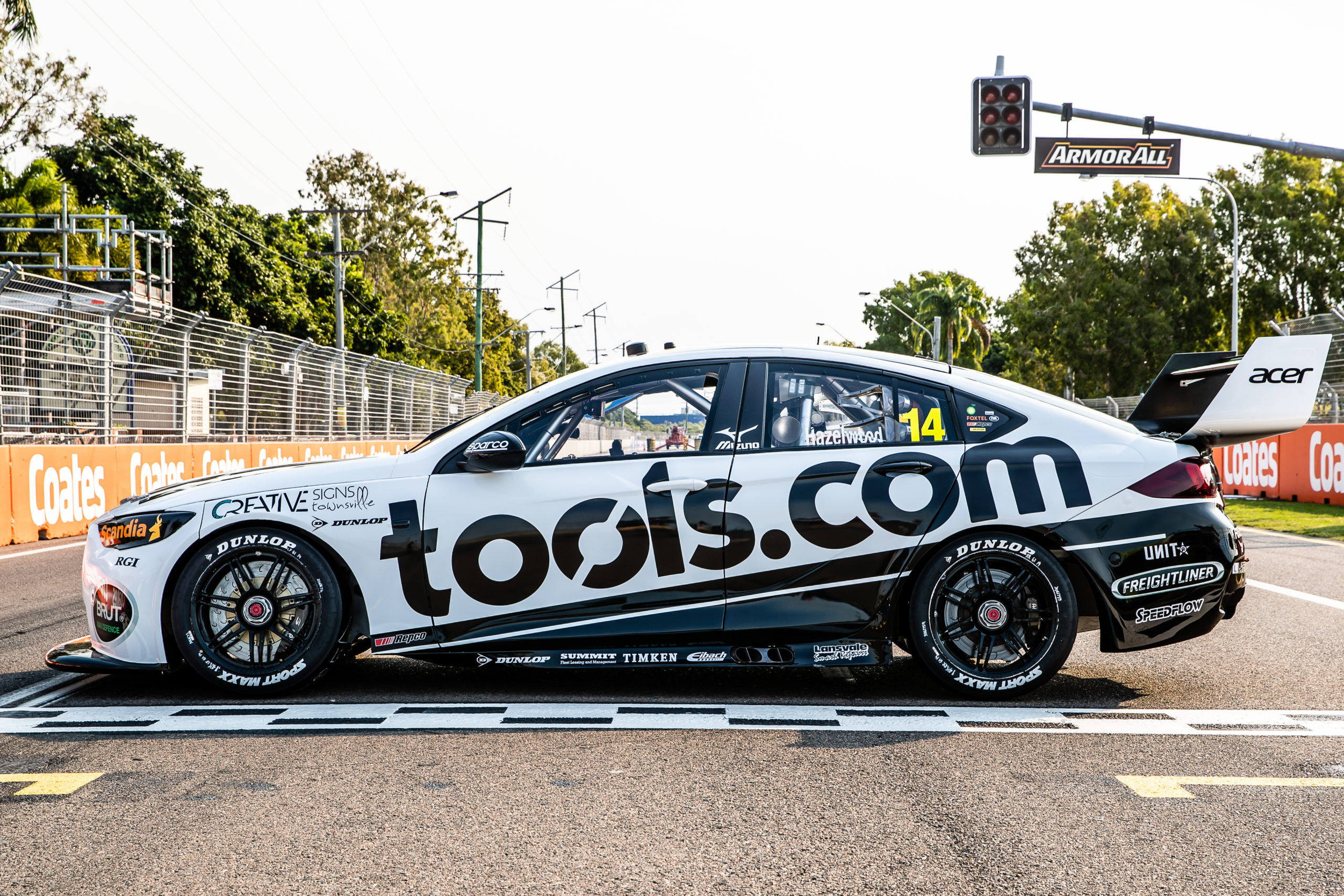 Todd Hazelwood scored a season-best seventh at the Townsville 500

“The #14 Supercar looks tough in its black and white livery and I’m excited to see what we can all achieve together,” said Hazelwood.

“We’ve just come off the back of our best qualifying and race result for 2021 and we feel that there’s great potential to improve again this weekend.

“It’s different this time around with the SuperSprint format and it’s going to be very tough, with limited tyre sets, multiple races and lots of strategy.

“I’m looking forward to the challenge and getting some valuable points for the team at BJR and tools.com.” It marks the fifth new look for Hazelwood in 2021

“The team did a great job last weekend and I’m hoping we have a successful weekend together. Tools.com will be launching in the coming weeks so what better way to get some exposure than on a BJR Supercar.

“The livery looks fantastic so I can’t wait to see it in the flesh this weekend around the Townsville streets.”

Nick Percat leads the way for the team in eighth with a season-best third place to his credit heading into this weekend’s seventh event of 2021.