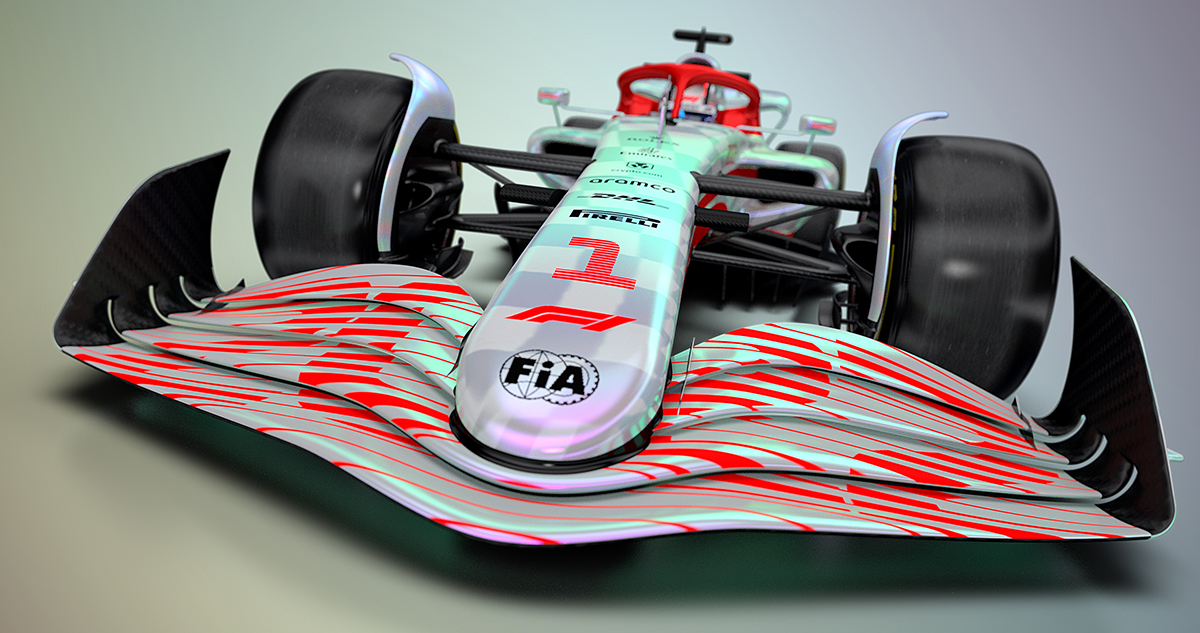 The 2022 Formula 1 car unveiled at Silverstone

Senior FIA and Formula 1 figures have offered an insight into the development of the sport’s 2022 regulations.

A full-size representation of F1’s new look was unveiled at Silverstone ahead of this weekend’s Formula 1 British Grand Prix, offering insight into the sport’s future.

It follows on from imagery released in 2019 featuring a sweeping new design, a result of radical new aerodynamic rules aimed at improving the ability for cars to follow one another on track.

“It feels like a very long time ago the FIA officially unveiled the regulations for the future of the sport, but after the one-year delay due to the pandemic it’s only 170 days to go until the start of 2022 when we will see the next generation of Formula 1 cars take to the track,” said Ross Brawn, managing director of motorsport at Formula 1.

“There is huge excitement ahead of this new era, and while 2021 has been a great battle we still have cars struggling to follow each other during the race.

“The regulations for 2022 will address this problem and create an opportunity for closer battles and more wheel-to-wheel racing.

“The combined effect of the new aerodynamic regulations and financial rules, in the form of the cost cap, will create the conditions for a more balanced championship and for the gaps across the grid to close.”

Nikolas Tombazis, single-seater technical director for the FIA, added: “2022 will herald a new era for the FIA Formula One World Championship, with the introduction of one of the biggest changes in regulations in the history of the sport.

“The FIA has led a superb collaborative effort with Formula 1 and the teams to identify the areas we feel will have the biggest impact on the ability of the cars to race each other closely on the track, and in combination with the Financial Regulations that are already in place, these new technical regulations should have a great positive impact on the spectacle but also on the sustainability of our sport.”

The new design was unveiled via a live video, in which a number of drivers gave their impressions of the new look.

That included Daniel Ricciardo, the Australian denying comments he was heard to make during the countdown to the broadcast criticising the 2022 car.

That has created a delicate balancing act as they weigh up where their respective resources are spent – too much focus on 2021 risks starting F1’s new era on the back foot, but too little could see them lose out of tens of millions of dollars in prizemoney at year end.