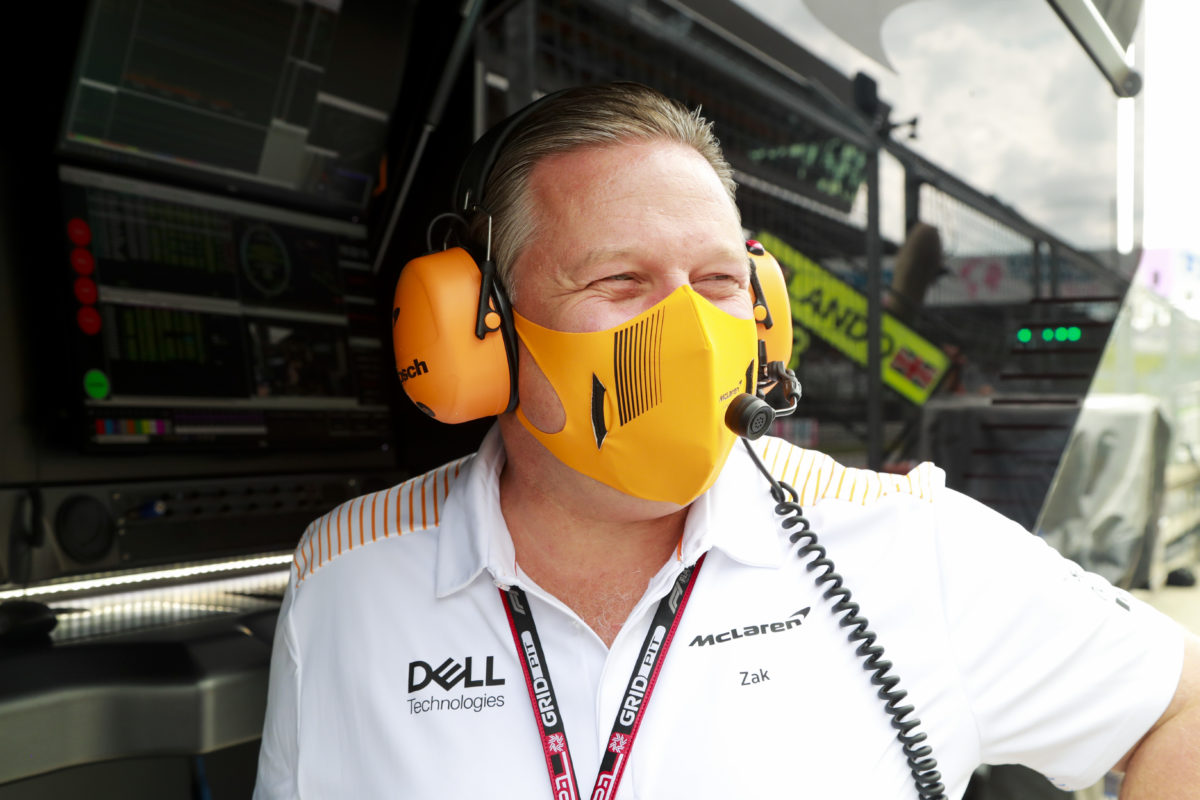 The American was one of three McLaren staff members to return a positive result during pre-event screening for the Silverstone event.

“McLaren Racing today confirmed that three team members, including CEO Zak Brown, tested positive for COVID-19 during the team’s rigorous testing programme before the British Grand Prix,” a statement from the team announced.

“Neither of our drivers are close contacts.

“All three cases are unconnected and now isolating in accordance with government guidelines.

“The team’s operations for the British Grand Prix are unaffected.”

Brown was scheduled to appear in the FIA media conference on Friday and feature at a team press call on Saturday.

Both of those appearances will go ahead with the McLaren boss to join both via video conference.

Track action for the British Grand Prix gets underway on Friday at 23:30 AEST with a single 60-minute practice session prior to qualifying at 03:00 AEST on Saturday morning.