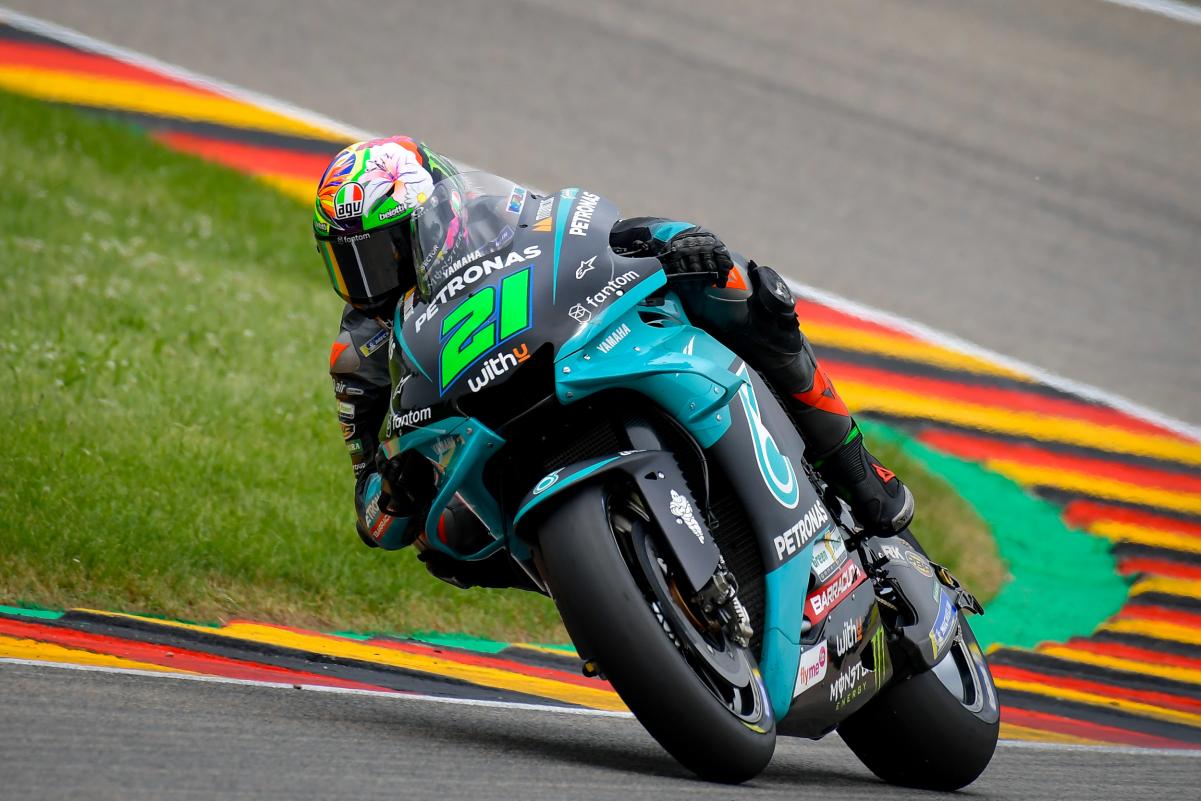 Morbidelli aggravated an existing injury in a training accident just days out from the Dutch TT, leading to an operation on the same Friday morning as that event began.

While MotoGP’s visit to Assen was the last round before the summer break, an initial forecast of eight weeks of rehabilitation had him also sidelined for at least the two races at the Red Bull Ring, on August 8 and August 15.

Now, SRT team principal Razlan Razali has stated that the Italian is likely to also miss the British Grand Prix (August 27-29) and Aragon Grand Prix (September 10-12), before returning at the San Marino Grand Prix on September 17-19.

“Franco is recovering well from his knee surgery,” said Razali.

“We want to ensure that he is at 100 percent before he comes back, so I think that we won’t expect him to be racing again until Misano – although I wish it will be sooner.”

Who fills in for Morbidelli in the Styrian and Austrian Grands Prix is not yet clear.

Yamaha World Superbike rider Garrett Gerloff got the call-up at Assen, finishing 17th from the back of the 22-bike grid.

However, WorldSBK’s Czech Round is also on August 6-8, meaning it clashes with the Styrian Grand Prix, which puts Yamaha test rider Cal Crutchlow in the frame.

Said Razali of the prospect of Morbidelli making his return at Misano, “This is a track that he loves, he knows well and it should be a good one to see his return at.

“We all continue to wish him well in his recovery and to come back only when he feels completely fit.”

Morbidelli had been 11th in the championship before missing the Dutch TT.