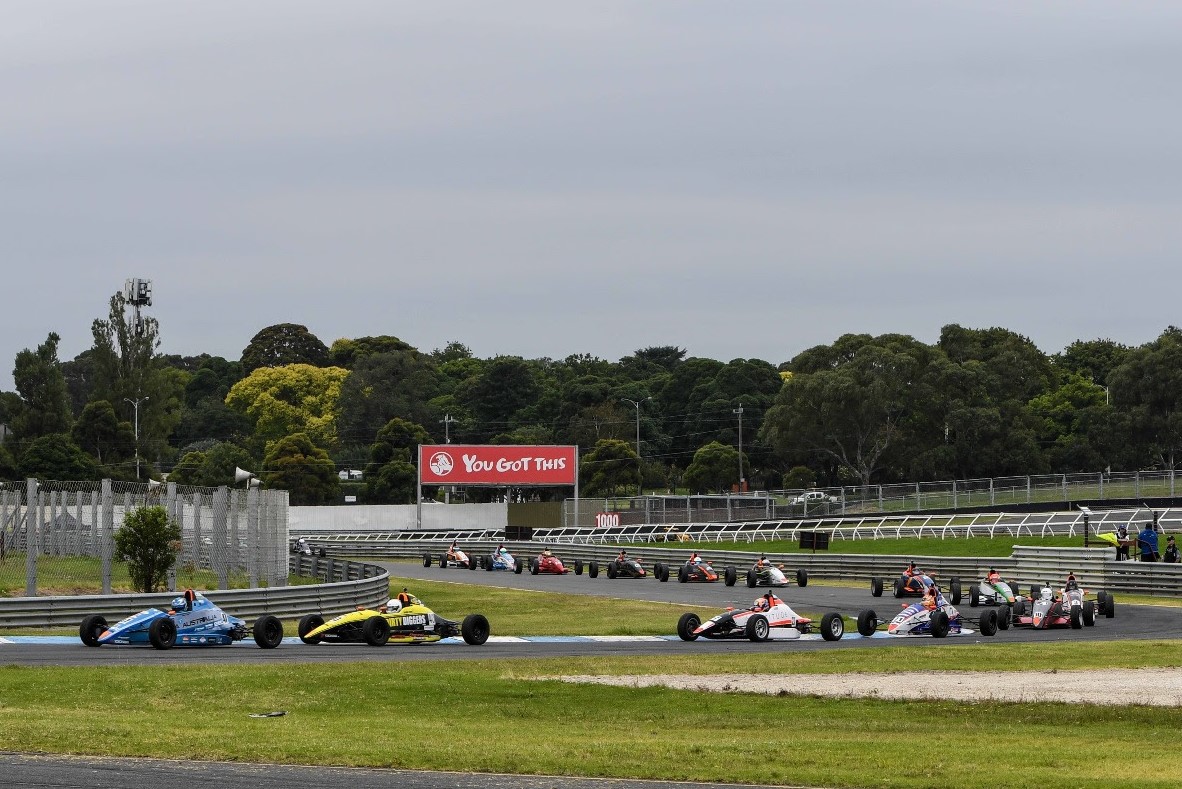 This month’s Sandown round of the Australian Formula Ford Championship has been cancelled.

While the national competition will not be part of the action at the Melbourne circuit, the July 23-25 event will proceed, including the Victorian Formula Ford Championship round.

The move comes with Victoria’s border closed to New South Wales, preventing competitors from beyond the cross-border zone from taking part.

The Formula Ford Association (FFA) is seeking a replacement to ensure the national competition remains at seven rounds.

However, the Queensland Raceway round on August 6-8 could yet also be affected, given the Sunshine State currently classifies Greater Sydney as a hotspot, and also that the New South Wales capital is set to be locked down at least until July 30.

The FFA will be liaising with Queensland organisers over the coming weeks about that event.

Beyond that, the next round on the calendar is scheduled for September 24-26 at Victoria’s Phillip Island.