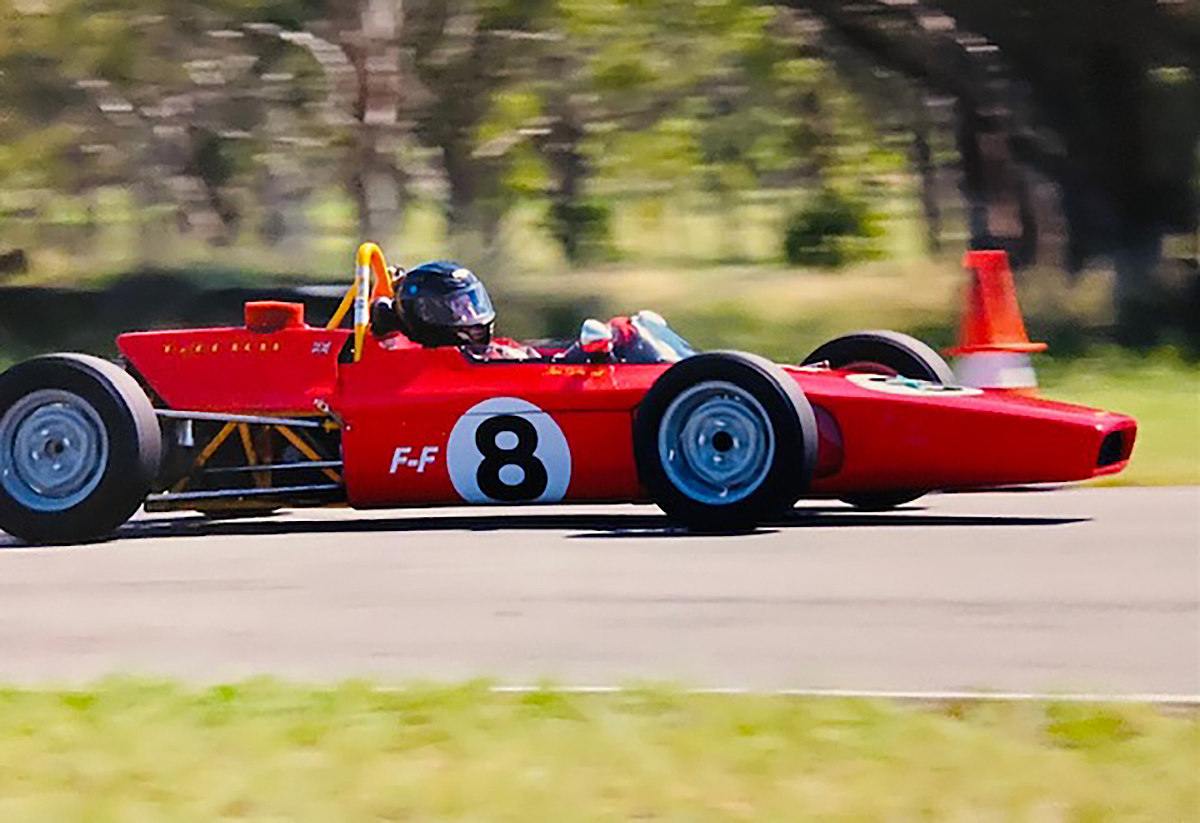 Aspiring club racers can jump behind the wheel of a car once owned by IndyCar legend Carl Haas.

The Lola T200 currently in the possession of Ross Lewis was imported by Haas to the United States in 1970, and has been race registered in Australia since 1975.

It’s believed to be the only one of its type in Australia, and one of just 64 ever built, with Lewis hoping a new owner can do the car justice.

“My stepfather, he passed away on New Year’s Day, and then he was the last to race it, out at Warwick in October, so it’s sat a little bit quiet since then,” he explained.

“The car originally, that chassis, went to Carl Haas Racing, he bought that one, so that was over in the States for a while and then it’s come back from the States over to Australia.”

Lewis’ stepfather was Jim Selwood, who campaigned the car into his 80s, predominantly at Morgan Park.

The T200 was Lola’s entry into the burgeoning Formula Ford class, joining the likes of Lotus, Merlyn, Titan, and a raft of others.

It sported a spaceframe chassis of square tubing with separately plumbed cooling.

At the front end of the car, the uprights were bespoke rather than off the shelf, while the overall design sported an uncommonly short wheelbase and wider than average track, while in the cockpit the driver was more reclined.

The design gave the car advantages and disadvantages in-keeping with its short wheelbase; its good change of direction comes with a certain nervousness under heavy braking.

A new set of seatbelts are all that’s needed to ensure the car is race ready, the existing set having reached their expiry date.

“The belts need to be replaced, they’re expired – they still work but they wouldn’t let you race on the circuit currently,” Lewis explained.

“It’s all good to go but replace the belts if you’re going into competition.”

The Lola T200 therefore marks something of a point in Formula Ford history; the moment when a major customer car operation entered a competition which would spawn countless champion drivers.

Unique in Australia, and subtly different to its market rivals of the era, it makes for a solid addition to a collection, or an affordable entry point into historic Formula Ford competition.