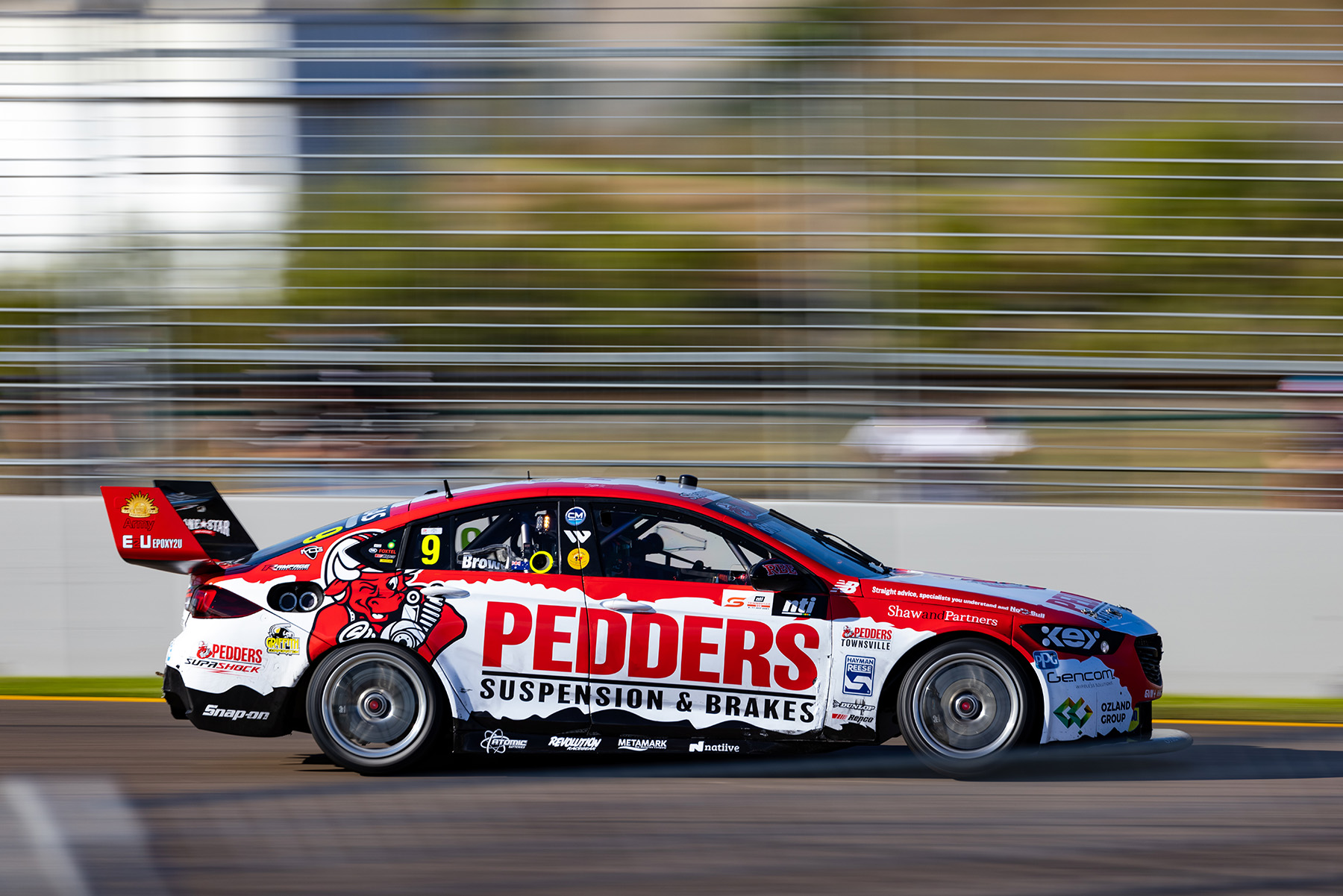 Will Brown in the #9 Holden ZB Commodore

Will Brown has hailed the efforts of his Erebus Motorsport crew for turning his weekend around at the Townsville 500, netting him fifth in Race 16.

A slow start to the weekend saw Brown struggle in Saturday’s qualifying and race.

After ending up only 18th in Race 15, engineer Tom Moore made wholesale changes for Sunday’s three sessions.

Brown would crack the top 10 in qualifying to make it into the shootout for the first time, albeit using a sizeable portion of his tyre bank.

Nevertheless, the #9 pilot would qualify seventh before delivering a spirited drive through to fifth, complete with a forceful Turn 13 move on Tickford Racing ace Cameron Waters on Lap 85.

“I guess that’s the highs and lows of motorsport,” Brown told Speedcafe.com.

“[On Saturday] we were thinking, ‘Oh, this is shit, we’re P18’. The cars weren’t where we wanted them to be and we pretty much revamped them overnight, changed a lot of things.

“Kudos to my engineer Tom Moore, he’s young, it’s his first year, and he just did a fantastic job. The car was a jet.

“If we didn’t use three sets to get through quali, we could have been a lot higher in the shootout as well.

“I’m just pumped for the team. To fall back and drive through at the end was fantastic.

“For Barry [Ryan, CEO] to put two rookies in this year, the engineering line-up and everything… a lot of people did say we’d be running down the back,” he added.

“It’s just awesome to prove after our sixth round, we’re halfway through the championship, we’re in the top 10 and just getting stronger.”

Brown has maintained his 10th place spot in the drivers’ championship just ahead of team-mate Brodie Kostecki.

While Brown holds sway over Kostecki in the standings, the Perth-born driver has the enviable achievement of being the first podium placer between them in 2021.

“I think we’re getting the respect of the good teams. Cam Waters came up after, had a good clean race with him. It’s fantastic.”

That late race battle with Waters was the highlight of the weekend for Brown.

Getting the best of the Monster Energy-backed star meant he was the highest placed driver in the field outside the Triple Eight Race Engineering and Dick Johnson Racing drivers who occupied the top four.

“It was great,” he said of the fight.

“I didn’t know I was going to get him at the end. I just plucked first gear down there and got down the inside. It was clean, great racing, it was just heaps of fun.”

Brown will be back on track this weekend for the WD-40 Townsville SuperSprint at the Reid Park Street Circuit on July 17-18.

UPDATE: Erebus Motorsport have since confirmed Brown will again run the Pedders livery at the WD-40 Townsville SuperSprint.