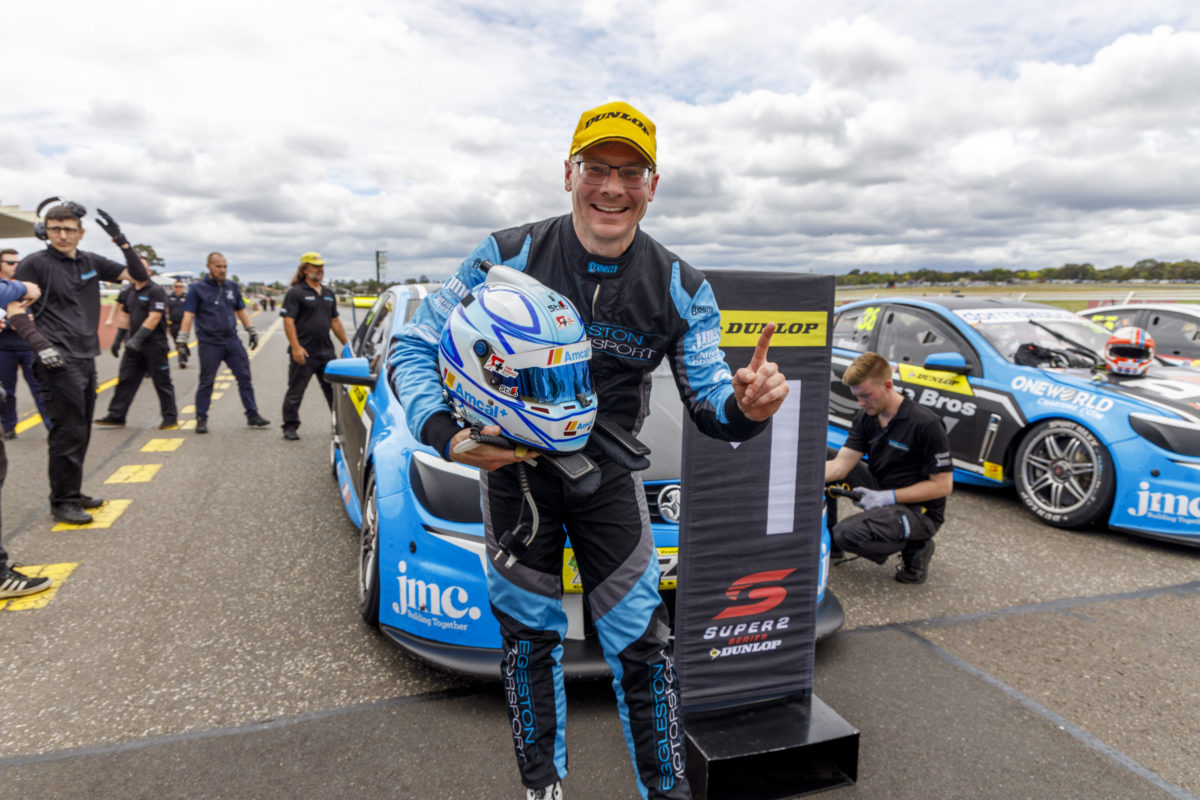 Jack Perkins will return to the Dunlop Super2 Series field with Eggleston Motorsport at this weekend’s WD-40 Townsville SuperSprint.

Perkins took to social media to announce the gig, which will unfold a week after he was on television duties for the NTI Townsville 500.

On that occasion, Tim Blanchard drove the third Eggleston entry, his first of two rounds in the second tier as preparation for co-driving with Tim Slade in his own Blanchard Racing Team at this year’s Repco Bathurst 1000.

Perkins was to have been the third Eggleston driver at Winton in May, behind the wheel of Bradley Neill’s ex-Walkinshaw Racing VF Commodore as the gentleman racer battles cancer, before that event was postponed.

He will now drive the Triple Eight Race Engineering-built VF Commodore which Blanchard took to second for the round last weekend.

Eggleston also fields Matt McLean and Jack Sipp in Super2, the former of whom was again the top rookie at the first Townsville round after taking those honours also in the season-opener at Mount Panorama.

Practice 1 for Super2 and Super3 takes place this Saturday morning from 08:50 local time/AEST.