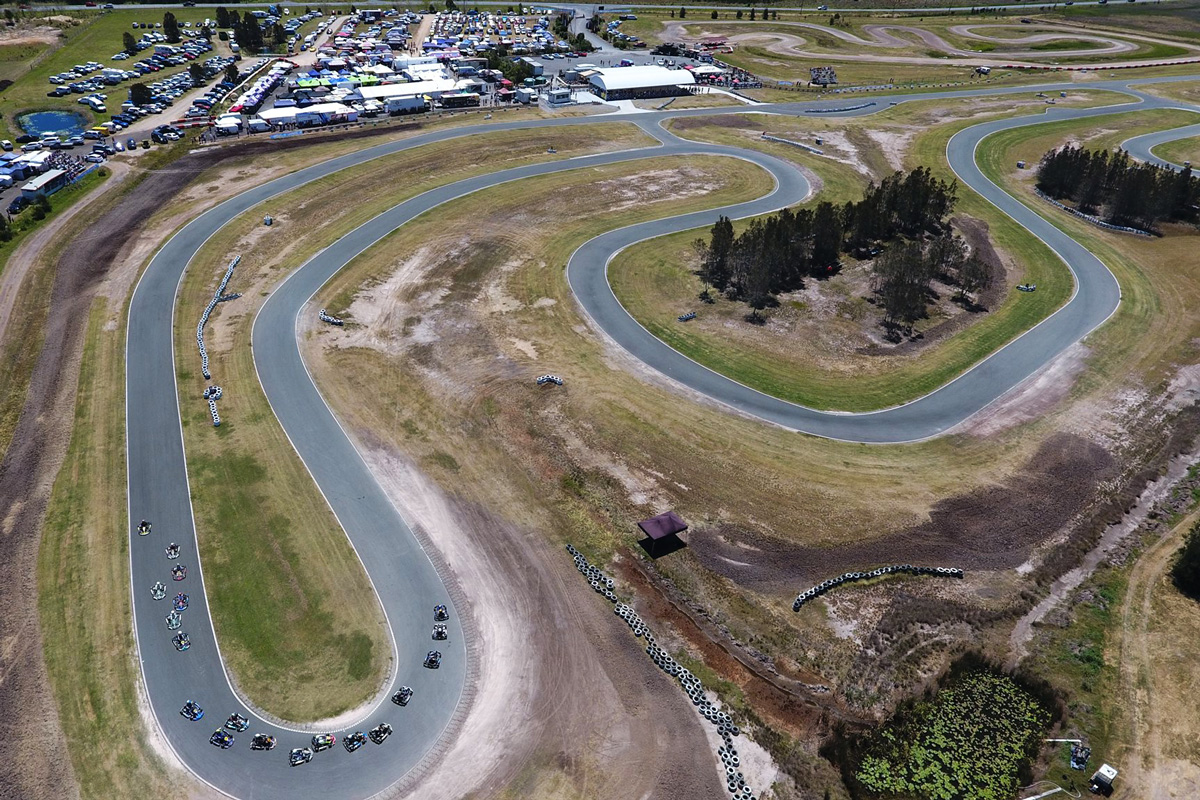 Supercars driver turned major kart distributor Michael Patrizi has slammed a move to shut down the Xtreme Karting circuit on the Gold Coast.

Speedcafe.com reported today the Pimpama facility had closed following the Planning and Environment Court of Queensland’s refusal of a development application appeal.

The complex plays host to the annual international Race of Stars event that acts as a curtain-raiser to Supercars’ Gold Coast round, and is regarded as an invaluable site for pros and up-and-comers alike to sharpen their skills.

The man behind Patrizicorse has long been a regular visitor to Xtreme Karting and said losing the facility would be detrimental to the motorsport community.

“Karting is the first step that anyone takes in motorsport; whether it be a mechanic or a driver, for example, that’s where they always start,” Patrizi told Speedcafe.com.

“And given how big the motorsport industry is in southeast Queensland, it’s the mecca for our industry, to have another facility taken away from us, in my mind by default, is terrible.

“It’s extremely damaging and worrying to our sport.

“I’m the largest distributor for karting products in Australia – southeast Asia actually – so this worries me, that we now having nothing so close now in our backyard. The alternative is Ipswich.”

“It’s a rental kart facility that allows us to use our own machinery to train, and we hold an international event there once a year,” said the former Supercars full-timer.

“They’ve had vision to create it into a world-class facility, however, all these poor buggers have done is spend the last seven or eight years fighting off these complaints that are just unjustifiable in my opinion.

“Something needs to be done about it, because if something is not done about this, this will just be the start and good luck to all the rest… it’s just nanny state syndrome at its finest.”

Patrizi said precincts like Xtreme Karting had been a hidden factor in the successes enjoyed by household names, including Scott McLaughlin and Jamie Whincup, who have 10 Supercars championships between them.

“It would be an absolute shame if that place is closed,” he added.

“I can tell you, over the last three or four years, Jamie Whincup, Will Davison, Scott McLaughlin, Jono Webb, Casey Stoner, these guys have used the Xtreme Karting complex and go-karting in particular to better their skills in V8 Supercars.

“And one major reason those guys and especially Jamie, Will and Scott are or were as sharp as they are in V8 Supercars is the time they spend in a go-kart.”

He further noted the news comes hot on the heels of a failed deal which would have seen John Tetley sell Queensland Raceways to Tony Quinn – an outcome Patrizi regards as “another kick in the guts” for Australian motorsport.