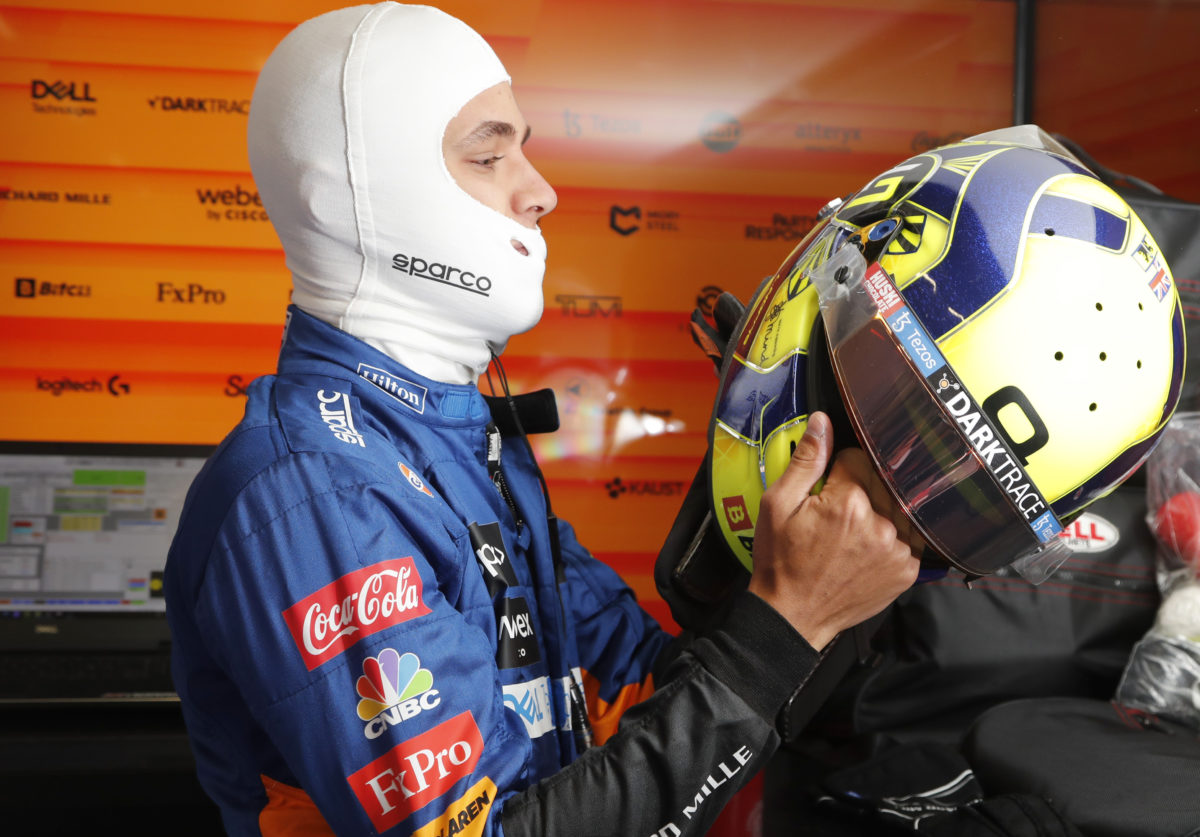 Lando Norris had his watch taken in an incident at Wembley Stadium after the Final of the UEFA European Football Championship, McLaren has advised.

The statement reads as follows:

“McLaren Racing can confirm that Lando Norris was involved in an incident, after the Euro 2020 final match at Wembley, during which the watch he was wearing was taken.

“Thankfully, Lando was unharmed but he is understandably shaken. The team is supporting Lando and we are sure that racing fans will join us in wishing him all the best for the British Grand Prix this weekend.

“As this is now a police matter we cannot comment further.”

Norris’s England was playing in its first major tournament final since it won the 1966 FIFA World Cup, taking on Italy.

England took an early lead but ultimately lost to the Azzurri on kicks from the penalty spot after the scoreline was 1-1 at the completion of both halves of extra time.

The 2021 Formula 1 season continues this weekend with the British Grand Prix at Silverstone, where Practice 1 will be held on Friday at 23:30 AEST.