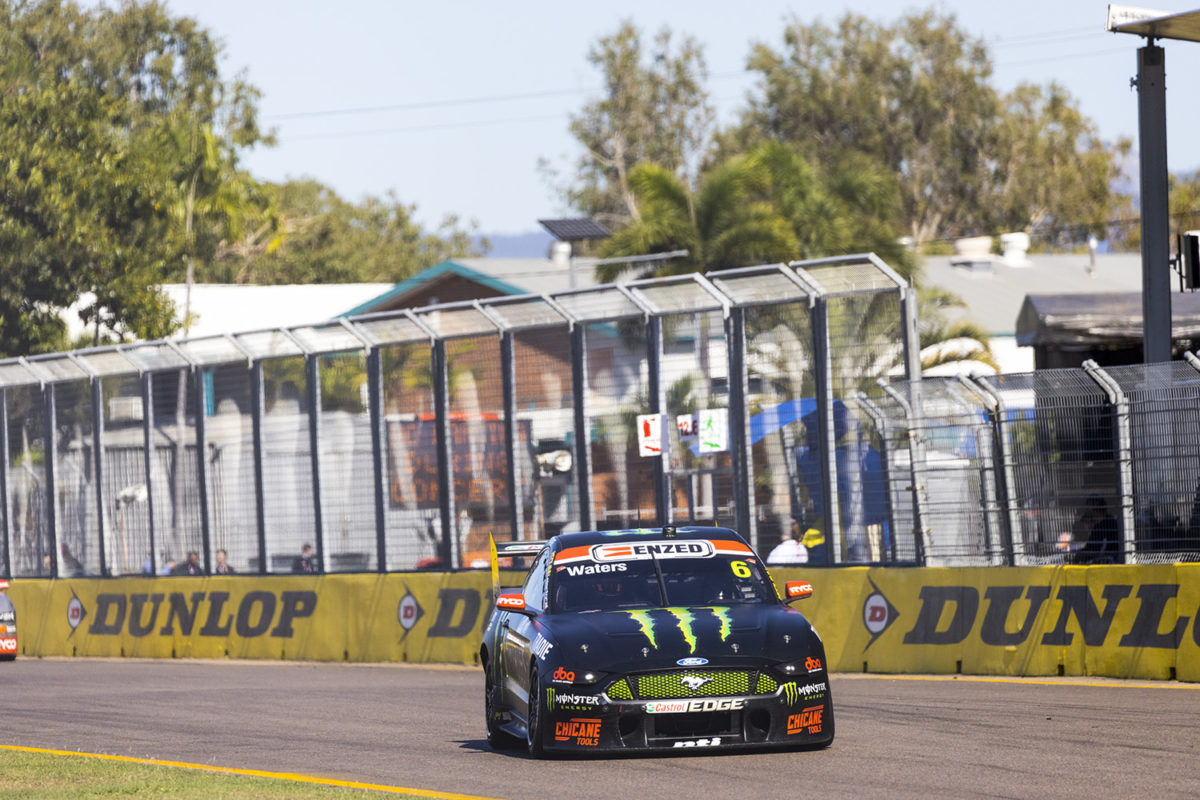 Cameron Waters will be without regular engineer Sam Potter at this weekend’s WD-40 Townsville SuperSprint.

Waters revealed today that Potter, who became his race engineer in 2019, will miss the seventh event of the Repco Supercars Championship due to an operation.

Taking his place on the #6 Tickford Racing Mustang will be Nathaniel Osborne, who, as chief engineer, would normally have an overarching role within the squad.

“I’ve actually got a change of engineer for this weekend,” said Waters.

“Pottsy’s got an operation on his leg, so we’ve subbed in our head engineer, Ozzie, so he’s coming back for the weekend.”

Although not related, the change on Tickford’s lead entry comes after a tough period for the squad which had, in the early part of the season, provided the sternest challenge to the championship-leading Triple Eight Race Engineering.

Waters won the weekend finale at The Bend and followed that up with a second placing on a chaotic Saturday at Hidden Valley, but finished the Darwin trip with a seventh and an eighth.

He took eighth again in Race 15, when James Courtney was Tickford’s best with a seventh, then got home sixth in Race 16 after being unable to hold out Erebus Motorsport’s Will Brown.

Waters put the Campbellfield’s struggles in North Queensland down to tyre life, an issue which also notably reared its head three events earlier, at Symmons Plains.

“Very frustrating weekend for us,” said the 2020 championship runner-up.

“We rolled out pretty good in practice and we were pretty confident after practice that we were there or thereabouts, and [in] quali[fying], it all kind of came undone.

“I think our car was very sensitive to track grip and that caught us off-guard for Saturday.

“So, back to the drawing boards in this week off that we’ve got, and it’ll be good to come back here with a few fresh ideas and see if we’ve influenced our issues.”