Anton De Pasquale took two podiums from as many races at the NTI Townsville 500, but there was reason to not get too carried away, as the Shell V-Power Racing Team driver explains in the latest edition of his The Distiller column, presented by Dasher + Fisher.

Coming to a street circuit with 300 points split across two races, we absolutely would have taken a double podium if it had been offered to us in advance.

Townsville is such a physical circuit and over the course of 250km and two refuelling stops on each day, there’s so much that can go wrong.

But the way this game is, you don’t exactly get too caught up in celebrations when the team next door are so far down the road.

Shane and Jamie obviously were just in a class of their own all weekend. I think we had the third best car and we managed to get third in both races, so that was good.

After not being able to maximise in Darwin, it was nice to be able to get the most out of the #11 Shell V-Power Racing Team Mustang in Townsville – especially on Sunday.

I probably didn’t do the best job in quali so we had to start fifth… and then we had a bit of a rough first lap and dropped a couple of spots.

But from there, we had the car underneath us to be able to pick our way back through the field and push on with it, so that was rewarding. Our middle stint was really clean and actually compared pretty well against the Triple Eight guys.

Even though we finished 20 seconds behind those guys, I think we really made a good step forward from Saturday and have a direction to take into next weekend when we’re back at it in Townsville.

For me, it’s grouse to be racing on back-to-back weekends.

Last year when we did the four in a row, that was like the best month of my life.

I really enjoy that kind of thing, not so much being on the road, but just being able to race week in, week out, have a couple of days off during the week and then race again. It’s hard work for the guys but it is fun for us driving the car.

I’m staying up here with the crew in the days between. With no crash damage on our cars, hopefully we should all be able to have a day off tomorrow before getting back into prep on Thursday and Friday.

Obviously beyond next weekend, it’s hard to know where we’ll be racing next with the whole COVID situation. 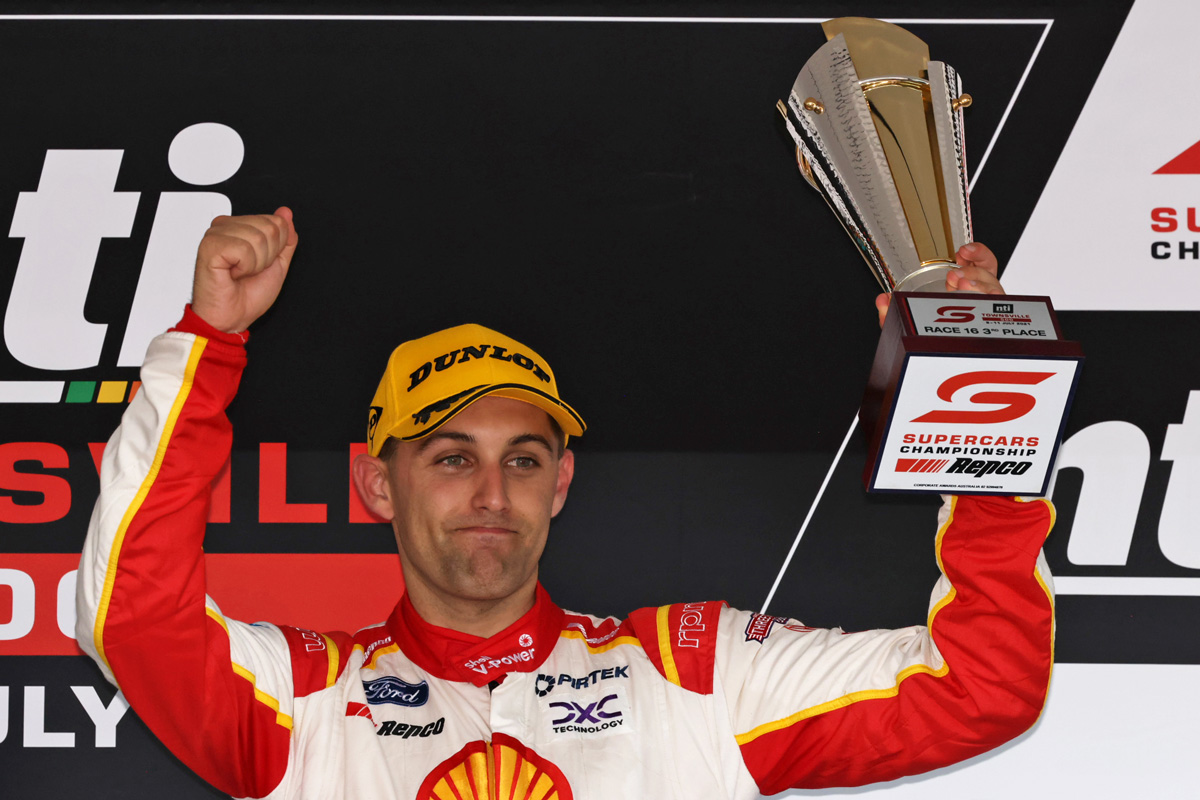 I’m sure at management level Ryan, Dick, Ben and everyone are obviously talking about it but in terms of on the ground here, we haven’t really spoken about anything like that too much.

Another hot topic across the weekend was the physical toll of racing 500km over the bumps and kerbs at Townsville.

The track is on par with, or maybe even harder than, Adelaide but the heat wasn’t too bad being the middle of winter.

Funnily enough, I actually pulled up yesterday the best I’ve felt on a Monday after a race weekend all year.

We got on top of a couple of ergonomic things we’d been struggling with – especially late in races – with a whole new seat and position. I had been comfortable enough before, it was just working muscles that didn’t need to work for no reason.

So the guys fixed that, which is good to have sorted for later in the year when we go to places like Bathurst.

Anyway, Townsville again next weekend. We’ll see if we can give those Triple Eight guys a closer run this time around.

Thanks everyone for your support.