Stewards give reason for disqualifying Kostecki but not Percat

Stewards give reason for disqualifying Kostecki but not Percat 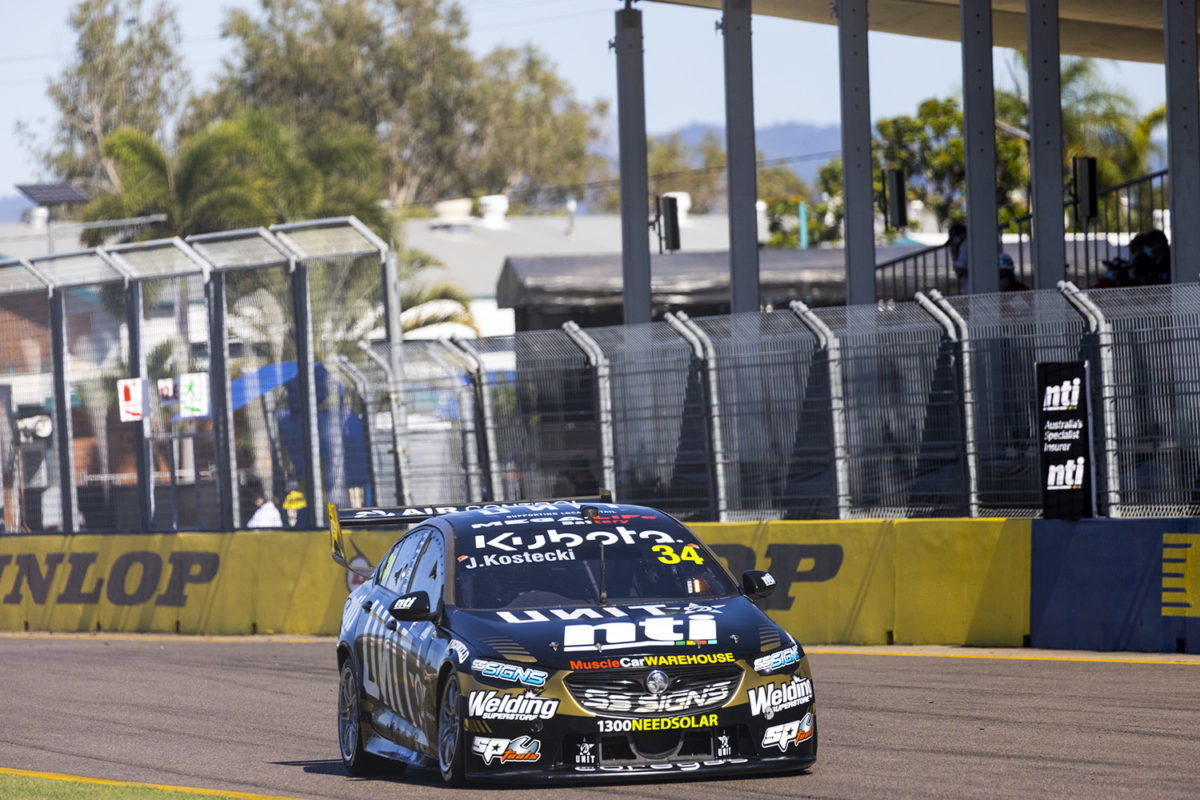 The stewards have given their reason as to why Jake Kostecki was disqualified from Race 16, one event after Nick Percat himself escaped punishment for a breach of the same rule.

Matt Stone Racing’s #34 entry was disqualified from the most recent encounter of the Repco Supercars Championship in Townsville after breaking rule D17.1.17 of the category’s Operations manual, which pertains to tyre pressure.

The rule states that “The minimum permitted pressure of a Control Tyre when fitted to a Car is 17psi which must be achieved at any time that the Car is on the Circuit during any Session.”

It is the same as that which Brad Jones Racing’s #8 car fell afoul of in Race 12 at Hidden Valley but, on that occasion, the team wore the brunt of the sanction, namely a loss of the corresponding 86 championship points, while Percat’s third place result and drivers’ championship points haul were unaffected.

MSR admitted to the breach but team owner Matt Stone was unhappy with what he perceived to be an inconsistency in the Motorsport Australia stewards’ decision-making, and reasoned that his squad had in fact committed a “smaller error” than BJR.

That was because only one tyre on Jake Kostecki’s car was apparently under the minimum pressure, where as both of the right-hand side tyres on Car #8 had dropped below 17 psi in Darwin.

However, there is another difference between the two cases which must be considered, and it is that which explains why the stewards’ decisions were not the same.

In the case of BJR, the issue was detected on the grid by Percat’s engineer, Andrew Edwards, and the team was granted permission by Supercars head of motorsport Adrian Burgess to change the offending tyres.

Percat was therefore subsequently compliant with the rule in question, for the duration of the formation lap and the entirety of the race which followed.

Also, in their haste to change the right-hand side tyres, the BJR crew did not bleed the excess air out of the replacements, which thus “significantly exceeded the pressures of Control Tyres on the left side of Car #8 and what would be expected of any other Control Tyre fitted to any Car on the Grid,” according to the stewards decision document then.

Kostecki, however, was still in breach “at the start of the formation lap,” according to the stewards report, which furthermore noted that the team acknowledged that fact.

It should also be pointed out that, while Matt Stone claimed “it was only one tyre”, official documentation released this morning by Motorsport Australia states, as a matter of fact:

“During Race 16, Supercars Technical reported to the DRD that the left and right rear tyres on Car 34, Jake Kostecki, were below 17psi on the reconnaissance lap to the Grid, while on the Grid and at the start of the formation lap.”

That excerpt is taken from the Stewards Decision document which was provided to the team, and media, this morning along with Annexure A explaining the reason for the decision, after stewards last night advised the team orally of the decision.

Annexure A states that the deputy race director (DRD) acknowledges that the same rule had been breached.

However, the DRD also “said that the circumstances in that matter were different and that the Stewards should not consider themselves bound by that Decision and look at the facts of the current matter before them and consider the issue on its merits and apply the Recommended Minimum Penalty.”

The recommended minimum penalty, which is decided by the Supercars Commission before the start of the season, for a breach of Rule D17.1.17 is indeed disqualification, something which MSR’s authorised representative submitted should not apply, given the BJR/Percat decision.

However, the stewards are also of the view that “blind application of the Recommended Minimum Penalty is inappropriate”, notwithstanding a desire for consistency.

“While consistency of penalty is an important consideration, the Stewards accept that each case must be determined on its own facts, which while on the surface may appear [to] be similar, upon closer analysis will be different and can and often do lead to different outcomes between cases,” reads Annexure A, in part.

That document also reads, “The Stewards also note that motorsport is very much a team sport.

“The adage, ‘you win as a team and lose as a team’ is often quoted in team sports. There is merit and wisdom in that.

“After considering the facts of the current case and weighing up the above considerations, the Stewards decide that the appropriate penalty to apply is the Recommended Minimum Penalty, which is disqualification.”

Kostecki had taken the chequered flag in 20th position, meaning both he and MSR lose 45 championship points due to the disqualification.