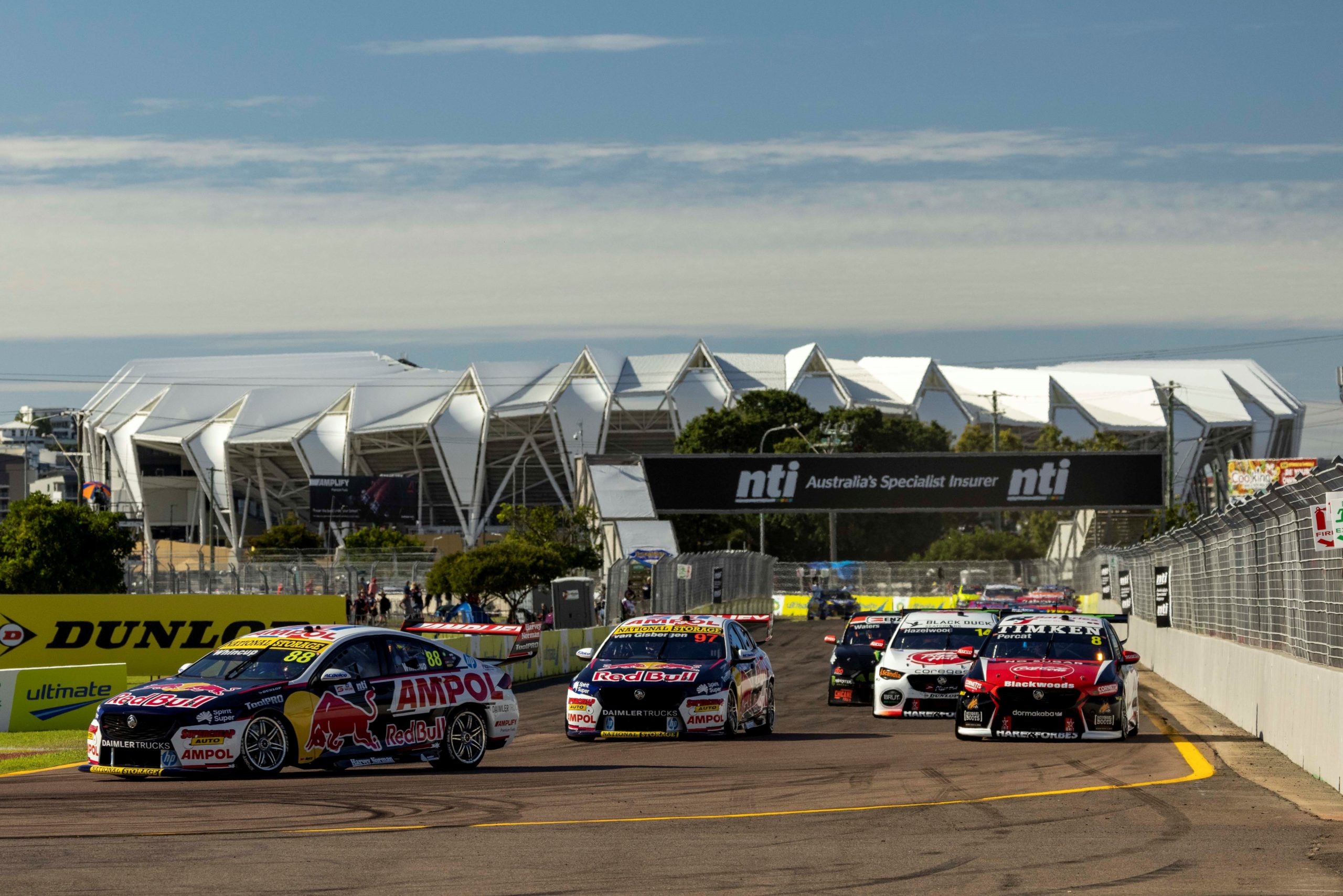 Shane van Gisbergen won both races at the Townsville 500

With championship leader Shane van Gisbergen out to a 245-point advantage, we want to know who you think is his nearest rival, in this week’s Pirtek Poll.

Prior to the sixth event of the Repco Supercars Championship, van Gisbergen suggested the Shell V-Power Racing Team duo of Will Davison and Anton De Pasquale weren’t yet a threat.

However, following the Townsville 500, Davison has risen to third in the standings while De Pasquale’s double third place finish has seen him climb to sixth.

Davison is yet to break his win drought, stemming back to the 2016 Bathurst 1000 with the then known Tekno Autosports alongside Jonathon Webb.

Team-mate De Pasquale has one win to his name in 2021, but back-to-back retirements at The Bend Motorsport Park and Hidden Valley Raceway starved him of a chance to convert from pole position.

Mostert, who was third coming into the first of two events at the Reid Park Street Circuit, dropped to fourth after a torrid weekend which saw him record finishes of 14th and ninth.

The Walkinshaw Andretti United pilot is second to van Gisbergen on most wins this season with two to his credit and three further podiums.

Waters was an early threat, claiming the first pole position of the season and three podiums from the first four races.

He lies fourth in the standings with five podiums in all, including one win at The Bend Motorsport Park.

While R&J Batteries Racing driver Nick Percat has dropped behind Irwin Racing’s Mark Winterbottom in the championship, the 2011 Bathurst 1000 winner has looked threatening at times.

Percat has one podium to his credit this season and, outside podium placers Whincup and De Pasquale, looked the most likely to threaten the top three steps in Townsville.

The Brad Jones Racing driver said a podium finish was “guaranteed” had he not had a power steering issue in Race 16, which ultimately saw him finish in 20th and fall in the standings.

While van Gisbergen has been dominant in 2021, racking up his 10th win of the season in Townsville, we want to know who you think is his nearest rival.