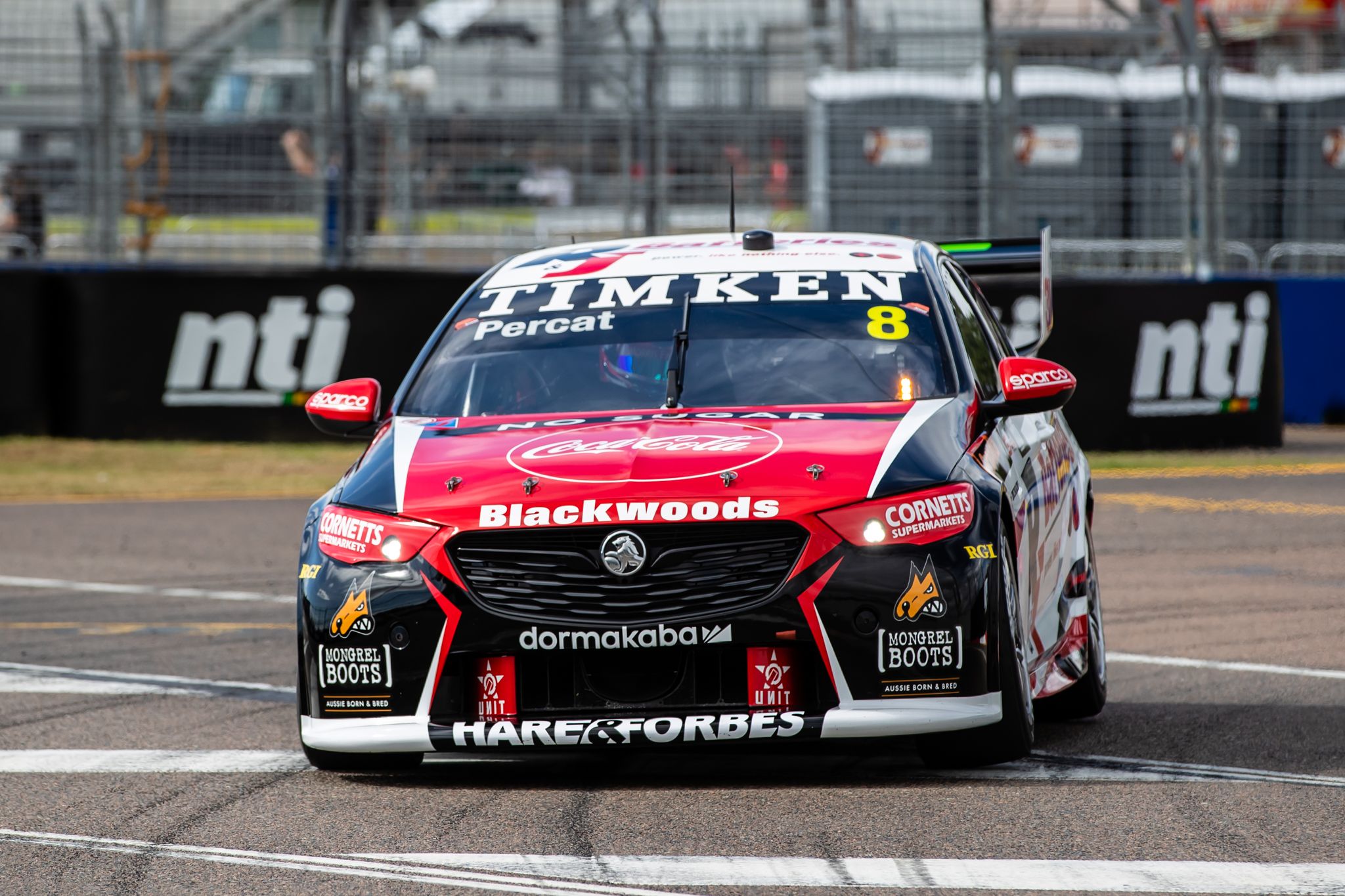 Nick Percat says a podium was a sure thing had he not suffered a power steering failure in Race 16 at the NTI Townsville 500.

The R&J Batteries Racing driver was strong on Sunday, qualifying fourth before holding station behind the Red Bull Ampol Racing duo of Jamie Whincup and Shane van Gisbergen in the opening laps.

His race would ultimately come undone shortly after it began, his steering getting heavier as the power steering failed.

Determined to push on, Percat persevered for several laps but couldn’t hold on any longer and pitted from third place to replace his steering wheel.

“I said to AE [Andrew Edwards, engineer], ‘the power steering is failing’ but I ain’t coming in because I thought if I could just keep going I would be alright.

“I survived like five laps and then it was at zero assistance, so we had to put the big wheel on.”

There were chaotic scenes in the pit lane when Percat came to his pit bay on Lap 25 from third on the road, his team not set-up in the lane.

The new bus-style steering wheel wasn’t ready either, a new quick-release mechanism needing to be fitted before being given to Percat in his second pit stop midway through the race.

“I thought I could go a bit longer but then I got down to Turn 11, when I had the normal race wheel on I physically couldn’t get around the corner anymore,” Percat explained.

“I thought they would be a bit more ready than what they were, so yeah, it was just a bit of a miscommunication.

“I think they were trying to find the bus wheel, so there was no one there when I got there and then I ended up having to do another 15 to 20 laps without the bus wheel because we didn’t have it.”

It was ultimately a case of what could have been for the 32-year-old, who slipped to eighth in the drivers’ championship after finishing 20th.

“It’s just very, very frustrating because 60-odd laps with no power steering, I had the big bus wheel on and still was lapping faster than people who were coming sixth, so it’s the one that got away and very, very annoying because for us that was a guaranteed trophy,” said Percat.

“One beauty of not having to go home and wait, we’ll figure it out tonight and put a new power steering rack in it for next weekend.”

The power steering problem was just another drama in an already arduous weekend.

A day earlier, Percat finished the opening 87-lap race in fourth albeit without his drink bottle, suffering dehydration and losing 5.5kg in the process.

Percat will have three more opportunities for redemption at the WD-40 Townsville SuperSprint on July 17-18.