Mansell makes up ground in British F3 at Donington

Mansell makes up ground in British F3 at Donington 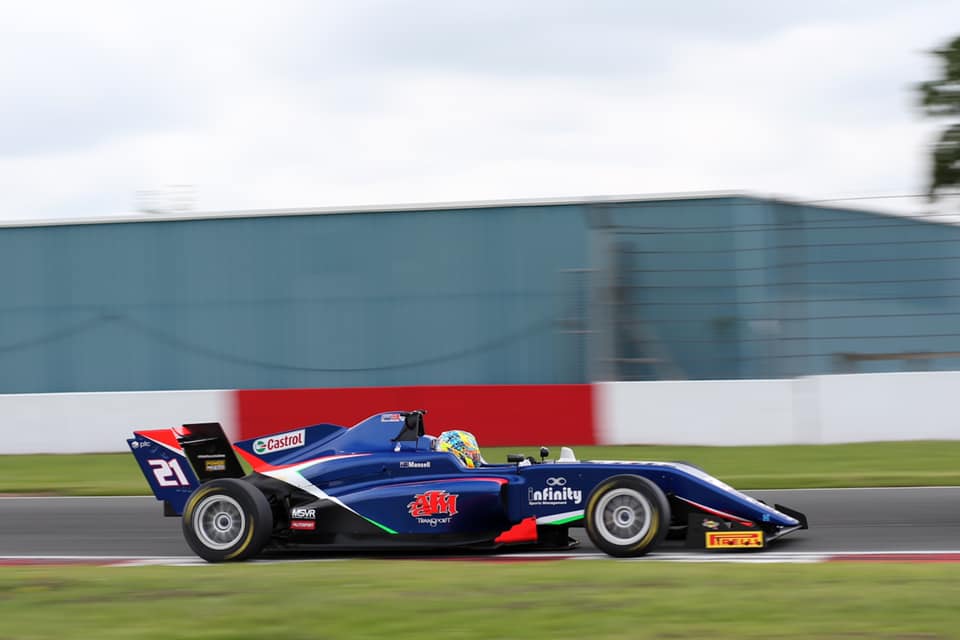 Australian Christian Mansell has moved up to fourth position in the BRDC British F3 Championship despite finishing no higher than fifth in the three races at Donington Park.

That result came in the weekend opener courtesy of a final-lap pass on Tom Lebbon, before Mansell finished in seventh spot from eighth on the grid in the second race of the meeting.

He was seventh again in the Round 9 race, but climbed in the standings due to the messes unfolding around him.

The top three in the championship all failed to finish, Alex Connor hitting the barriers before Mansell’s Carlin team-mate Zak O’Sullivan and Reece Ushijima came together.

Furthermore, Roberto Faria, who had been fourth on the table before race start, was last finisher in 13th.

The other Australian in the field, Bart Horsten, had a far less positive weekend.

He qualified second-fastest for the Round 7 race but started seventh due to a penalty carried over from the preceding event at Silverstone, and went on to finish eighth.

In the next race, he was running fourth before a run-in with Ushijima, for which he was disqualified and slapped with another grid penalty.

That meant he started the weekend finale from last in the 17-car field, before driving up to eighth at the chequered flag.