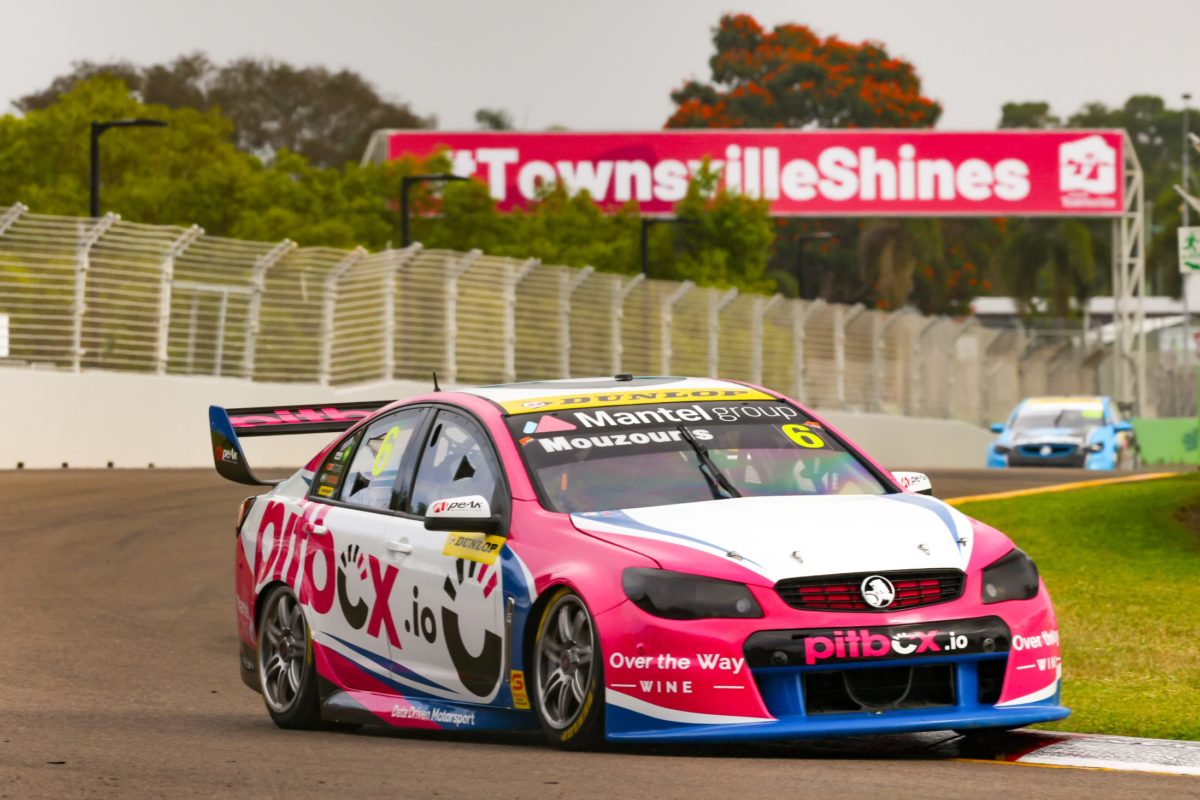 Angelo Mouzouris has been left to lament a Townsville weekend where very little went right for the Triple Eight Super2 driver.

Mouzouris suffered misfortune in both of the two races which made up Round 2 of the Dunlop Super2 Series, sinking from fourth in the standings to ninth over the course of the event.

More significantly, he is now already 252 points, or 84 percent of a full round, behind series-leading team-mate Broc Feeney, who topped every session in Townsville.

Mouzouris’ bad luck was obvious in Race 2 when he was taken out on Lap 2 by Aaron Seton and had no choice but to retire.

Unseen on television during Race 1, however, was when the 19-year-old stopped on-track while running fourth and had to run a power cycle through the #6 VF Commodore.

He plummeted to 18th outright, last of the 15 Super2 drivers, and could only get back to 13th in class and outright at the chequered flag.

Mouzouris’ key take-out from the weekend was that he at least now has Supercar knowledge of the Reid Park Street Circuit, where Super2 will again be on the support bill at this coming weekend’s WD-40 Townsville SuperSprint.

“Looking at the positives from the weekend, we managed to get some laps around the streets of Townsville, but other than that, there wasn’t many other positives,” said the 2019 Australian Formula Ford title winner.

“Unfortunately, I got pretty unlucky this weekend. Luckily, we have another weekend ahead of us here in Townsville, so that should be good.

“The racing was fun, even though I didn’t get to race much. I had electronic dramas in Race 1, and only did one lap today in Race 2, but we got good tyre degradation, so hopefully next weekend we go OK.

“In Race 1, I made up a couple of positions after a poor qualifying [sixth-fastest] and managed to get up to fourth.

“I plucked a gear and the car then shut off. It’s unfortunate, but we were able to keep going and finish just outside the top 10.

“[On Sunday], I again didn’t have a great qualifying and started P10. I got up to about eighth and then got taken out at Turn 2 with no fault of my own.

“It was one of those racing incidents where I couldn’t have done anything. Let’s hope we go better next week.”

No schedule has yet been released for the Townsville SuperSprint, although it has been announced that Super2 will have just the one practice session this Saturday morning, plus the usual qualifying session and race on each day.