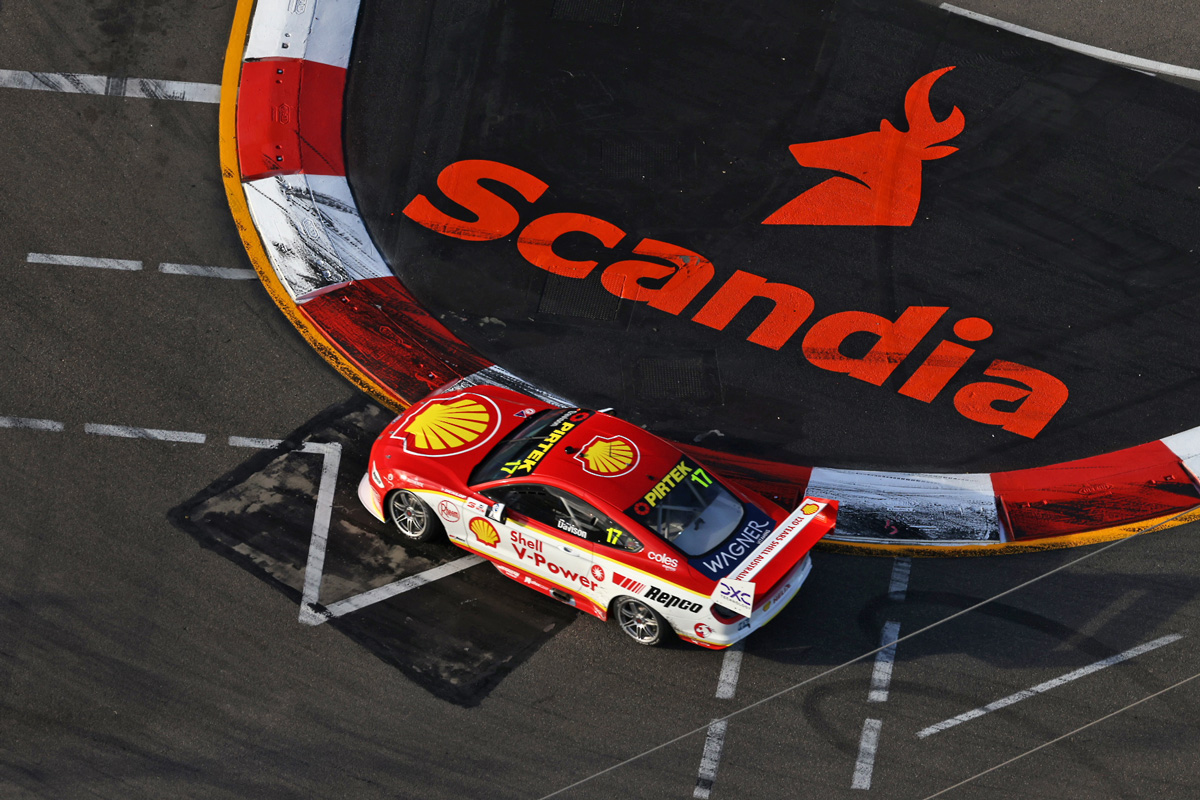 Will Davison at Townsville

A ‘brave’ strategy call from the Shell V-Power Racing Team helped Will Davison salvage a fourth-place finish in Race 16 at the NTI Townsville 500.

High tyre degradation in the previous day’s 250km race had deterred some from deploying undercut tactics, for fear of their tyres falling off a cliff late in the piece.

Davison, however, was one of the earlier stoppers yesterday and it paid off handsomely.

After being far from pleased with his Top 10 Shootout lap that left him to start eighth on the grid, Davison was running in ninth when engineer Rich Harris called him into the pits on Lap 23 of 88.

With others making their first stop as many as 10 laps later, Davison jumped up the order to hold third for the majority of the middle stint, before ceding position to team-mate Anton De Pasquale on Lap 49.

Six laps later, he was back in for a final visit to the lane.

From there, Davison was unchallenged to complete a three-four result on a weekend of damage limitation as Triple Eight Race Engineering utterly dominated.

“Good recovery out of the weekend, I’d say,” Davison remarked.

“I was pretty happy, we were buried a bit in the first stint, got caught in a bit of a difficult carve-up when Will Brown sort of ran off and then we sort of carved up and then I got hung out to dry so Sladey [Tim Slade] got under me.

“I thought ‘we’ve got to get clean air here’ so we made the brave call, pitted early, and really, really maximised that middle stint.

“We’re quite decent in fresh air, it’s just really hard in dirty air so I was pretty happy with the way we recovered and I was able to drive the second and third stint.” 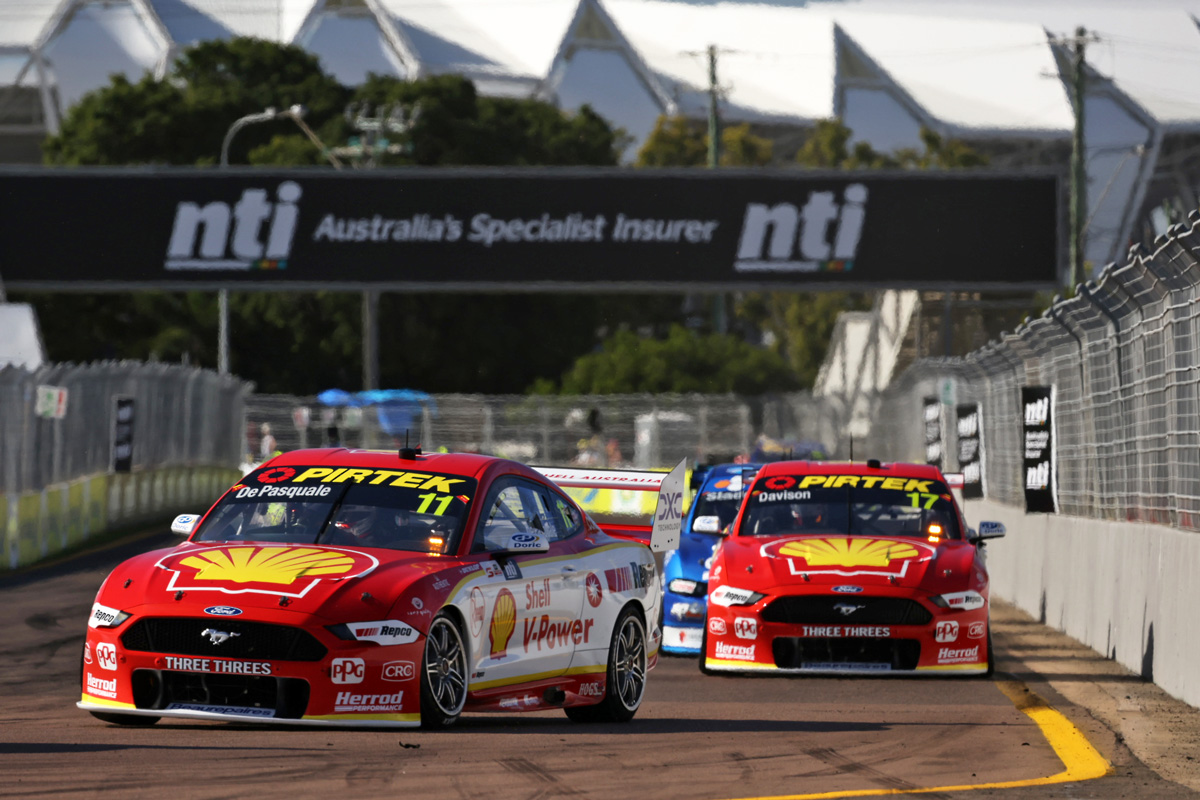 Davison runs behind Anton De Pasquale and ahead of Tim Slade

Slade was among those to show good tyre life, but after finishing eighth, he regretted not following Davison’s lead.

“I think Will showed with a bit of a strategy that you can jump up the results list and I feel as though we had as good – if not better – a car as him.”

Given Chaz Mostert’s struggles all weekend, Davison has risen to third in the championship, albeit 370 points off leader Shane van Gisbergen.

“The year is going well and we have got a lot to look at this week to make sure we’re a bit stronger next week,” said the #17 pilot.

“But good recovery by the team, a couple of podiums for Anton so the team are sensational.

“We’ve had our backs against the wall a little bit this weekend but we’ve got good points and we’ll do some homework and come out fighting next weekend.”

While Triple Eight is 766 points clear in the teams’ championship, Dick Johnson Racing has a firm grip on second – now 143 up on third-placed Tickford Racing.

The WD-40 Townsville SuperSprint will form Round 7 of the Repco Supercars Championship on July 17-18.