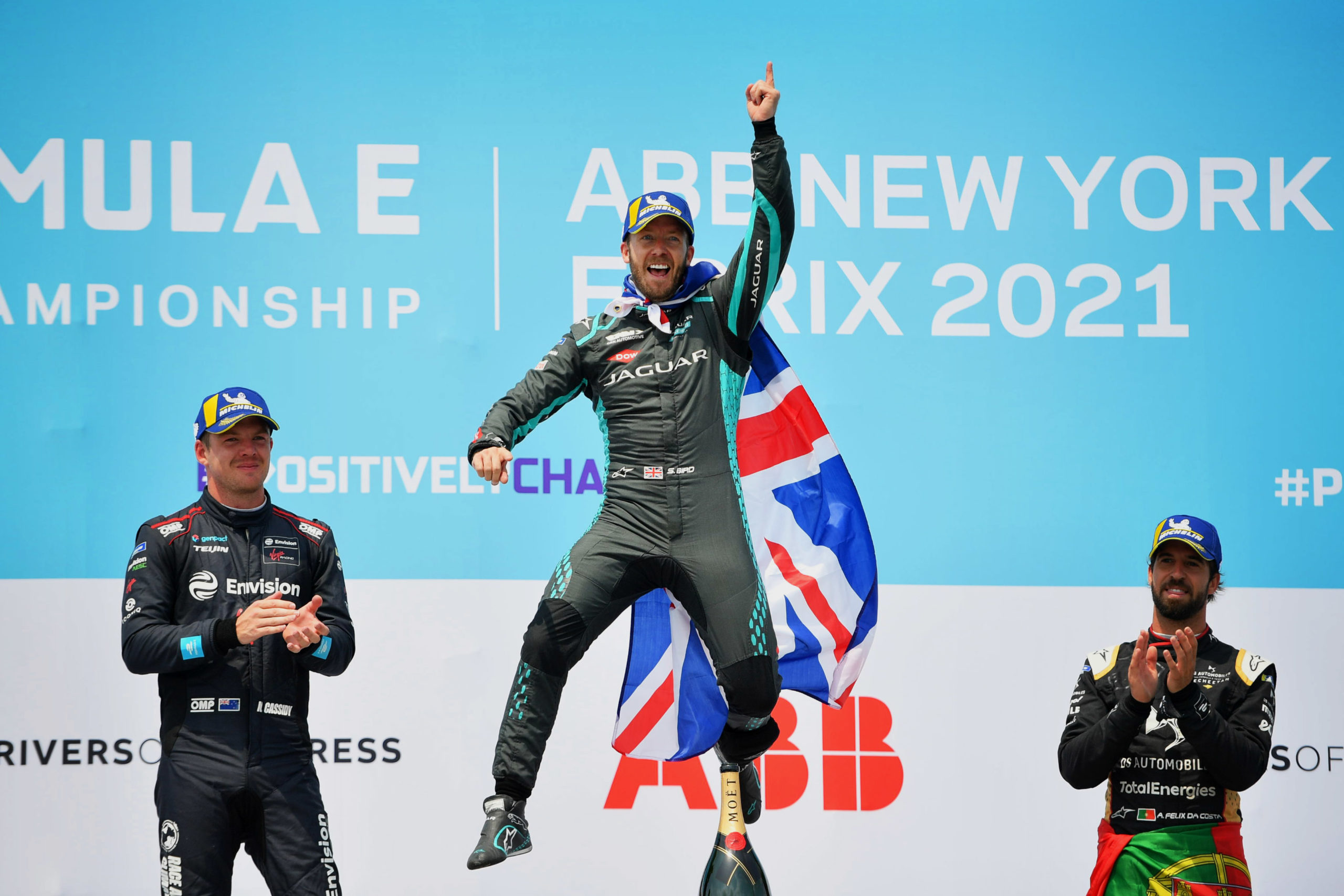 English veteran Sam Bird has stormed to the top of the 2020/21 Formula E standings after claiming victory on the streets of New York City.

Bird has won at least one race in every season since Formula E was launched, and finished the first four of those campaigns in the championship’s top five.

Now, he’s got the chance to add a title to his collection after a seizing a five-point lead in the standings with just four rounds remaining.

The 34-year-old’s ascension comes after a fine performance in New York, where he won the second leg of the weekend double-header from pole position.

His Jaguar Racing team had actually been on for a one-two finish until stablemate Mitch Evans sustained damage in the closing laps.

Nonetheless, Bird was clearly stoked with the outcome, having endured a difficult Saturday.

“You’re never giving up, always pushing with the team, always believing in yourself, believing in the equipment underneath here, and just executing the plan,” he said.

“And we did that. Just absolutely perfect today. So proud of everybody.”

For Cassidy, his result marked two podiums from as many starts in The Big Apple this weekend.

“The team has been working incredibly hard all year, in the factory and at the track,” said Cassidy.

“The hours they put in are second to none.

“In this championship, it’s just really tough and I’ve had the luxury of being in Group Three, Group Four.

“Under no illusions, I’m just happy how things are coming together and the work we are doing there.”

With a pair of double-headers at London and Berlin to close out the season, the stakes are high.

Edoardo Mortara has slipped back to fourth, with Cassidy and Jean-Eric Vergne also still well within striking distance.