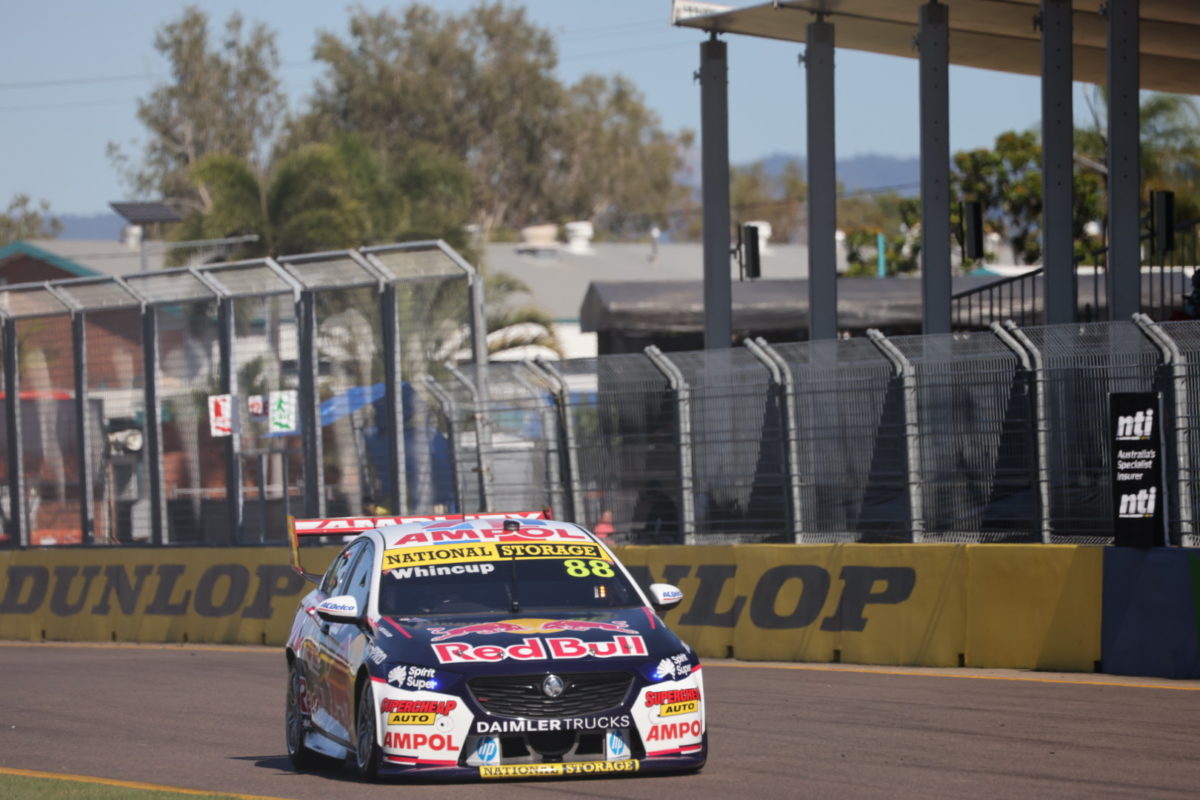 Whincup needed only one flyer to set the fastest lap of the 15-minute session, a 1:12.0197s, while Red Bull Ampol Racing team-mate Shane van Gisbergen ended up second at only 0.0058s slower.

With 10 drivers having contested the Shootout held on the day prior, tyre stock and thus run plans varied up and down pit lane.

Andre Heimgartner (#7 Ned Mustang) was fastest after the initial flyers with a 1:12.6520s before Nick Percat (#8 R&J Batteries ZB Commodore), one of those in Saturday’s one-lap dash, went quickest with a 1:12.4905s in the seventh minute.

Percat was quickly usurped by both of the Shell V-Power Racing Team drivers, Will Davison (#17 Mustang) fastest of those on a 1:12.3517s, before van Gisbergen (#97 ZB Commodore) clocked a 1:12.2109s on his first serious effort.

Van Gisbergen then crept up a spot with a 1:12.0255s while Waters ended up third having made no improvement on his last effort.

“Certainly happy, we made a little gain with the car, I got a clean lap in myself which I didn’t do yesterday,” said Whincup.

“I got a bit of a tow off James Courtney so we were pretty confident we weren’t going to go faster, so sat out the last run.”

Erebus Motorsport’s Will Brown (#9 Pedders ZB Commodore) is provisionally fourth on the grid after clocking a 1:12.2392s and Anton De Pasquale (#11 Shell V-Power Mustang) took fifth with a 1:12.2505s.

David Reynolds (#26 Penrite Mustang) bumped Mostert out of the top 10 after the chequered flag when he went up nine positions to sixth on a 1:12.2727s.

Percat relegated the 2014 Bathurst 1000 winner another position when he rescued a berth in the Shootout with a 1:12.3349s, climbing seven positions from 14th.

Rounding out the top 10 were Davison, who rubbed the wall at Turn 3 on his final run, from Todd Hazelwood (#14 Pizza Hut ZB Commodore) and Tim Slade (#3 CoolDrive Mustang).

Macauley Jones (#96 Coca-Cola ZB Commodore) was first on the outside thanks to the exploits of Percat, one of his team-mates at Brad Jones Racing, while Mostert is set to start 12th in the #25 Mobil 1 Appliances Online ZB Commodore after qualifying 17th the day prior.