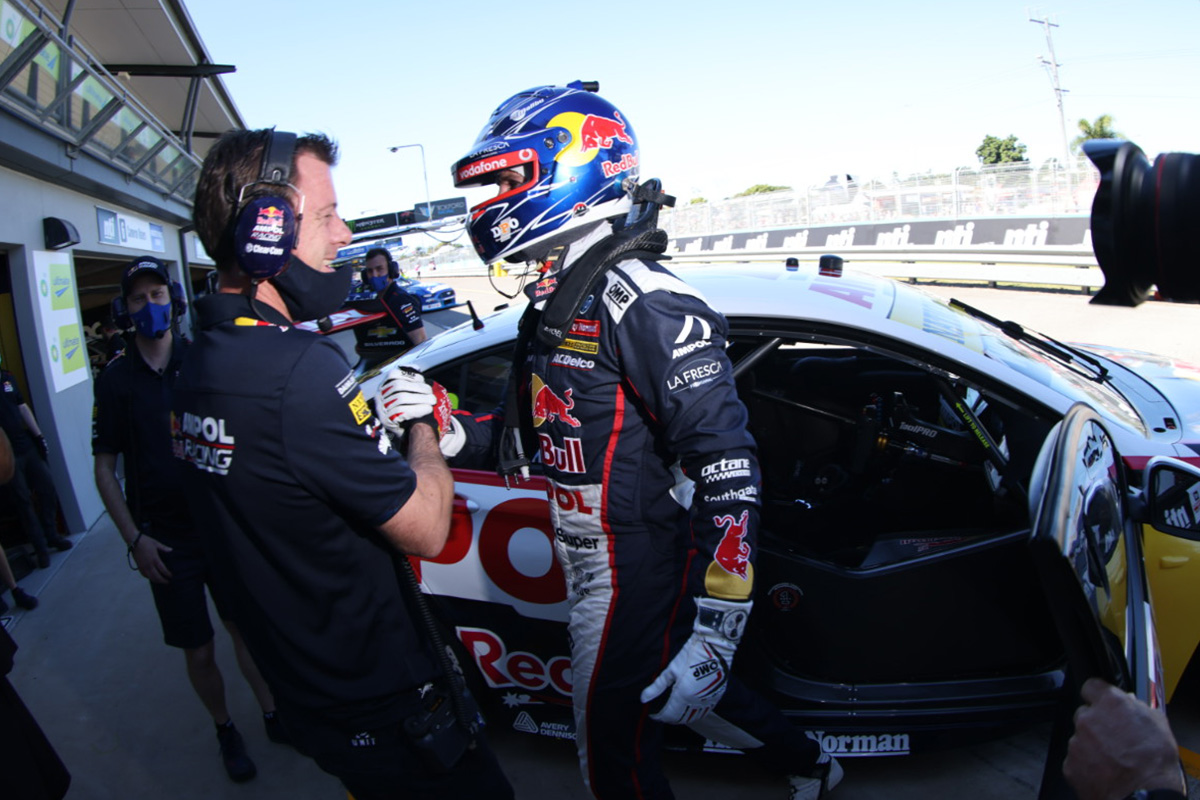 Red Bull Ampol Racing duo Jamie Whincup and Shane van Gisbergen will share the front row for Race 16 in Townsville after the former prevailed in the Top 10 Shootout.

Today’s top two in the one-lap dash at the NTI Townsville SuperSprint was essentially a mirror image of what happened the afternoon prior, when van Gisbergen was quickest over his team-mate by more than three tenths of a second.

“I put it all on the line like I did yesterday but got a much smoother lap.

“As I said on the in-lap, big credit to the engineers. They probably could have called it safe and run yesterday’s set-up but had a crack and boom, got the cookies for them.”

Brad Jones Racing’s Todd Hazelwood was the big mover, jumping to third on the grid from a provisional ninth with a 1:12.6977s in the #14 Pizza Hut ZB Commodore.

Despite running on used tyres, Hazelwood was still quickest even when #97 arrived at the second sector.

He will share Row 2 with team-mate Nick Percat (#8 R&J Batteries ZB Commodore), whose rear lock-up at Turn 2 proved not especially costly in the end.

Cameron Waters (#6 Monster Energy Mustang) kicked up a little bit of dirt exiting Turn 6 as he set a 1:12.8763s to qualify sixth.

Will Brown (#9 Pedders ZB Commodore) was another to lock the rears at Turn 2, but still bagged seventh on used tyres courtesy of a 1:12.9726s.

Tim Slade (#3 CoolDrive Mustang) could only manage a 1:13.4602s, having run on used tyres after going through three sets to get into the Shootout on the day prior.

Nevertheless, he moved up one spot from his provisional grid position to ninth given David Reynolds (#26 Penrite Mustang) missed the apex at Turn 2 on his way to a 1:13.4949s.

The second and final 250km race of the weekend is set to start this afternoon at 14:45 local time/AEST.