Van Gisbergen has goal to close gap at Whincup strongholds

Van Gisbergen has goal to close gap at Whincup strongholds 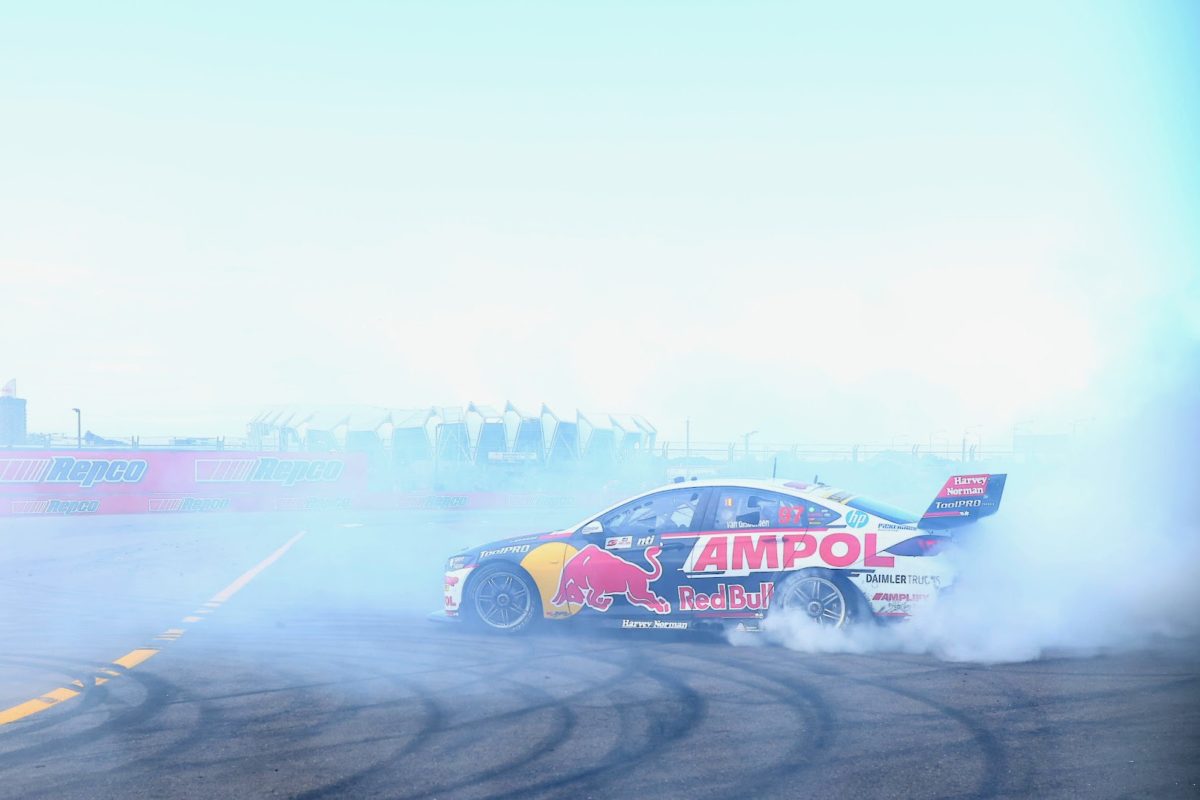 Shane van Gisbergen has revealed that he has a goal of matching team-mate Jamie Whincup at tracks where the latter has been superior, after winning both races in Townsville.

Van Gisbergen headed up a Red Bull Ampol Racing one-two in each race at the NTI Townsville 500 and now has seven victories at the Reid Park Street Circuit, including the last four in a row.

It was thus him only who prevented Whincup from adding to a record haul of 12 triumphs in the North Queensland city, ahead of another event there next weekend.

In the preceding event of this year’s Repco Supercars Championship, van Gisbergen won the latter two of three races at Hidden Valley, and would most likely have had a sweep but for a pit stop drama in the Saturday encounter.

The 2016 champion had also regarded that Darwin venue as another relative Whincup stronghold, and is now looking to close the gap to #88 at other tracks where he thinks he is deficient.

“Personally, there’s some tracks I’ve never matched him at, Darwin being one,” said van Gisbergen on Supercars Trackside.

“Townsville, obviously everyone knows how good he is here, and the next one for me is Winton that I need to match Jamie, and obviously it’s my last chance to do it before he leaves next year [retires from driving].

“So, personally, it’s been good to be able to match him at these tracks now and get myself a little bit better as well.”

The victory was van Gisbergen’s 10th of the season and he now leads the championship by 245 points from Whincup.

The former is a key milestone given no one has failed to win the title when they have racked up such a haul, although the New Zealander is not getting carried away given he is still less than a full event up on #88.

“I don’t think about it yet; I’ve just got to keep winning races and keep trying to finish in front of Jamie.”

Race 16 was remarkably similar to Race 15 in so much that Whincup was the effective leader a long way into the contest, one position up on van Gisbergen, before the latter made an on-track pass in the final stint and then pulled clear.

The decisive move in the Sunday affair came on Lap 76, when #97 executed something of a block pass at Turn 13, although there was contact between the two Triple Eight Race Engineering cars as he did so.

“I knew he was going to cross me so I just kept on the brake a little bit more,” explained van Gisbergen.

“I don’t like that we touched each other, but it was still good to stop him from crossing back.”

Whincup had no hard feelings.

“We wanted to race all the way until the end – that’s important to us – so we pushed hard,” he said in the post-race press conference.

“He just propped it mid-corner so I didn’t bother braking, I just gave him a hit up the arse and happy days.

“I’ve got to pay for that front splitter; it’s a bit silly really,” laughed the Triple Eight shareholder and future team principal.

While van Gisbergen appeared as though he may have been troubled by the collarbone which he broke in March, he said it was not an issue.

“The biggest thing is the plate is quite annoying now that I’ve lost a bit of swelling and weight there, and when I strap the belts, I feel the plate through the skin on the scar and stuff, so it’s not real cool, but it is what it is.”

He also denied that the succession of loaded right-handers at Reid Park was a drama.

“Nah, it was actually my leg [that] was a little bit sore for some reason, which I haven’t really had,” explained van Gisbergen.

“It’s just sore from the gear changes but if you went and asked everyone, they’d all be feeling that, so I don’t feel like it’s hindering me at all.”