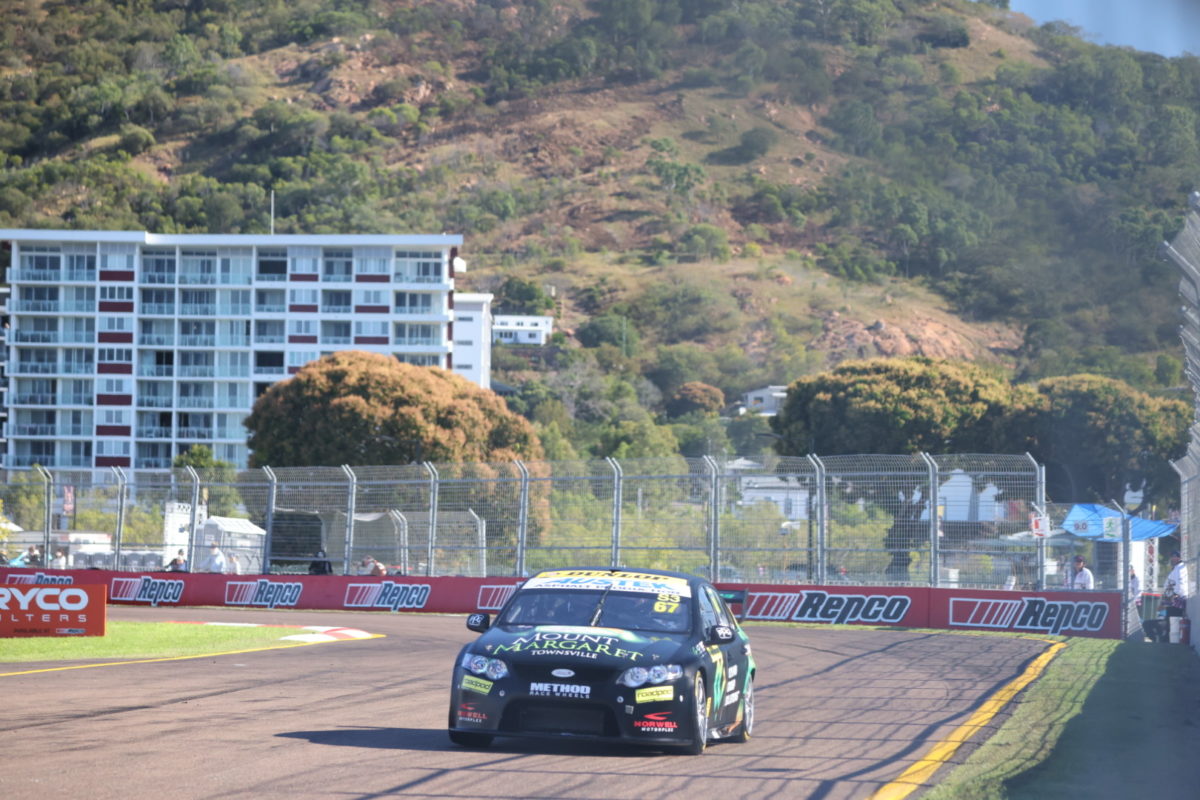 Paul Morris was a proud father after Nash Morris qualified fastest in the Super3 class in Townsville, his first pole in any category of motor racing.

Morris Jnr clocked the two fastest laps of the 10-minute hit-out for the third-tier Supercars contingent and is set to start this afternoon’s Dunlop Super2 Series Round 2 finale from 15th outright.

The achievement comes just over two years since his car racing debut, in a Hyundai Excel at Queensland Raceway.

Since then, he has driven also in Toyota 86s, TA2s, and Stadium Super Trucks, as well as the Supercar in Aussie Tin Tops, but had not qualified fastest until today.

“It’s actually my first pole ever in my career, so I don’t really know what to do,” remarked Nash.

“But, really happy for the team, everyone’s been putting a lot of work since yesterday when we were a bit slow, but it feels great.”

The Triple Eight Race Engineering-built FG Falcon which the teenager drives, with his father’s trademark #67, is a Super3 Series winner in the hands Broc Feeney, as a Paul Morris Motorsport steerer in 2019.

It was also the first Supercar which Anton De Pasquale raced, in the 2016 Super2 Series, and was previously steered in both the Supercars Championship and the second tier by Paul Morris himself.

“I’m pretty proud of everyone,” said the 2014 Bathurst 1000 winner after his son’s pole position.

“It’s got a lot of heritage, this car; Anton drove it, Broc won the championship in it, I used to race it, so to see it going around and still being successful’s pretty good.”

Michael Anderson was second-fastest in the Super3 qualifying group in a Tickford Racing-built FG Falcon and will line up 17th on the grid this afternoon.