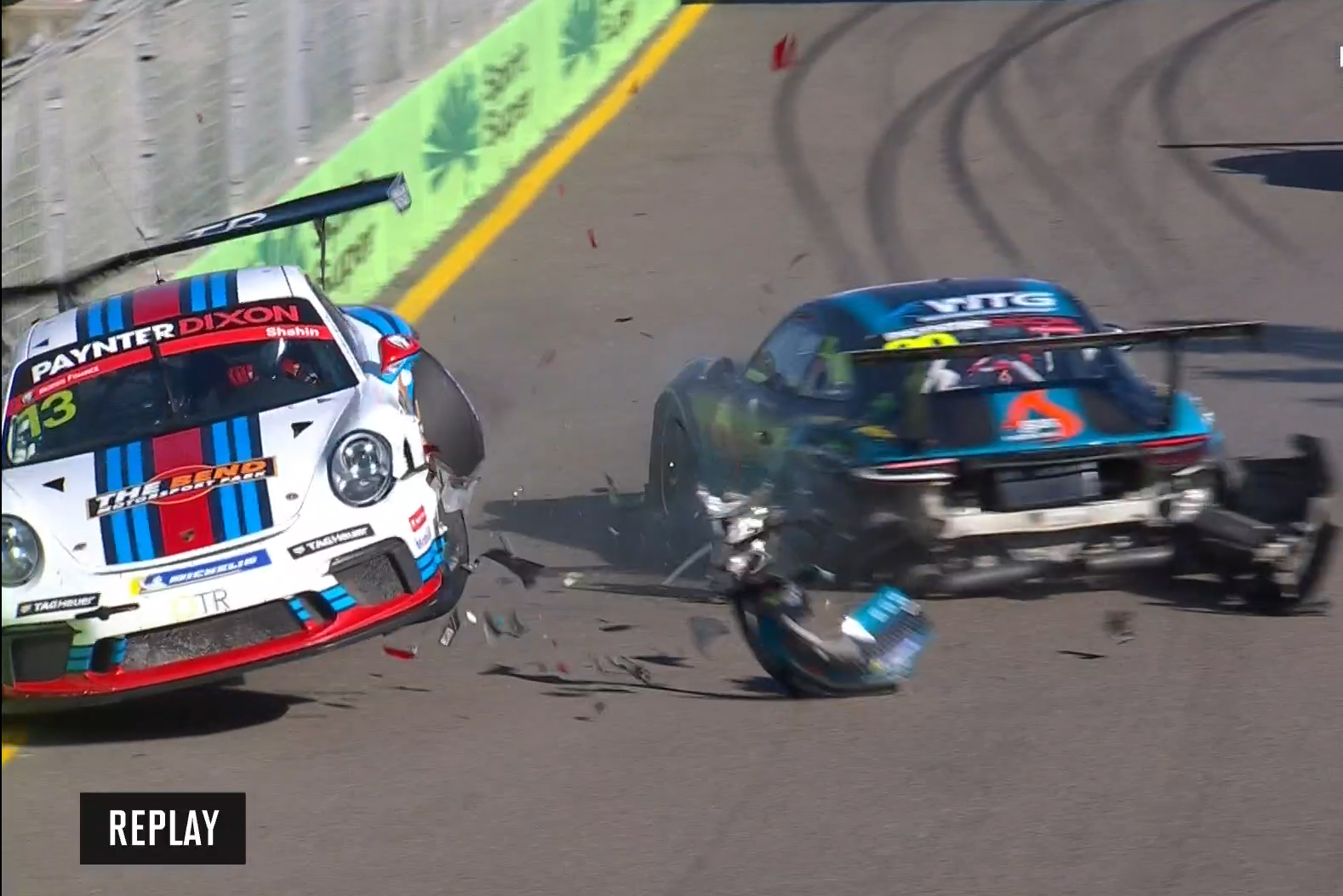 Murray made the most of an excellent start to move from fourth to first on the opening lap, and he would hold position from there as chaos unfolded behind.

On Lap 2, an out-of-control Simon Fallon speared into the back of fifth-placed Craig Lowndes at Turn 2, taking both cars out of action.

That brought out yellow flags – but it wouldn’t be the biggest incident of what was intended to be a 28-lap endurance affair.

An Adrian Flack mistake exiting Turn 3 on Lap 13 saw him find the fence and career backwards into the oncoming Porsche of Sam Shahin.

The massive impact vaulted Shahin into the air and plucked the rear-left wheel from his car.

Having looked to the skies as if to rue his bad luck, Shahin then ran to the aid of Flack to help him to safety.

The race would eventually restart on Lap 18, with Murray relatively unchallenged on his way to taking the chequered flag on Lap 23 (due to a time certain finish).

Series leader Cameron Hill had to settle for second, bringing to an end his six-race win streak.

The three drivers to find trouble in Race 1 all charged through the field after starting at the back, Aaron Love rising 13 places to seventh, Dale Wood gaining 14 positions to eighth, and Luke Youlden up 11 spots to finish 10th. 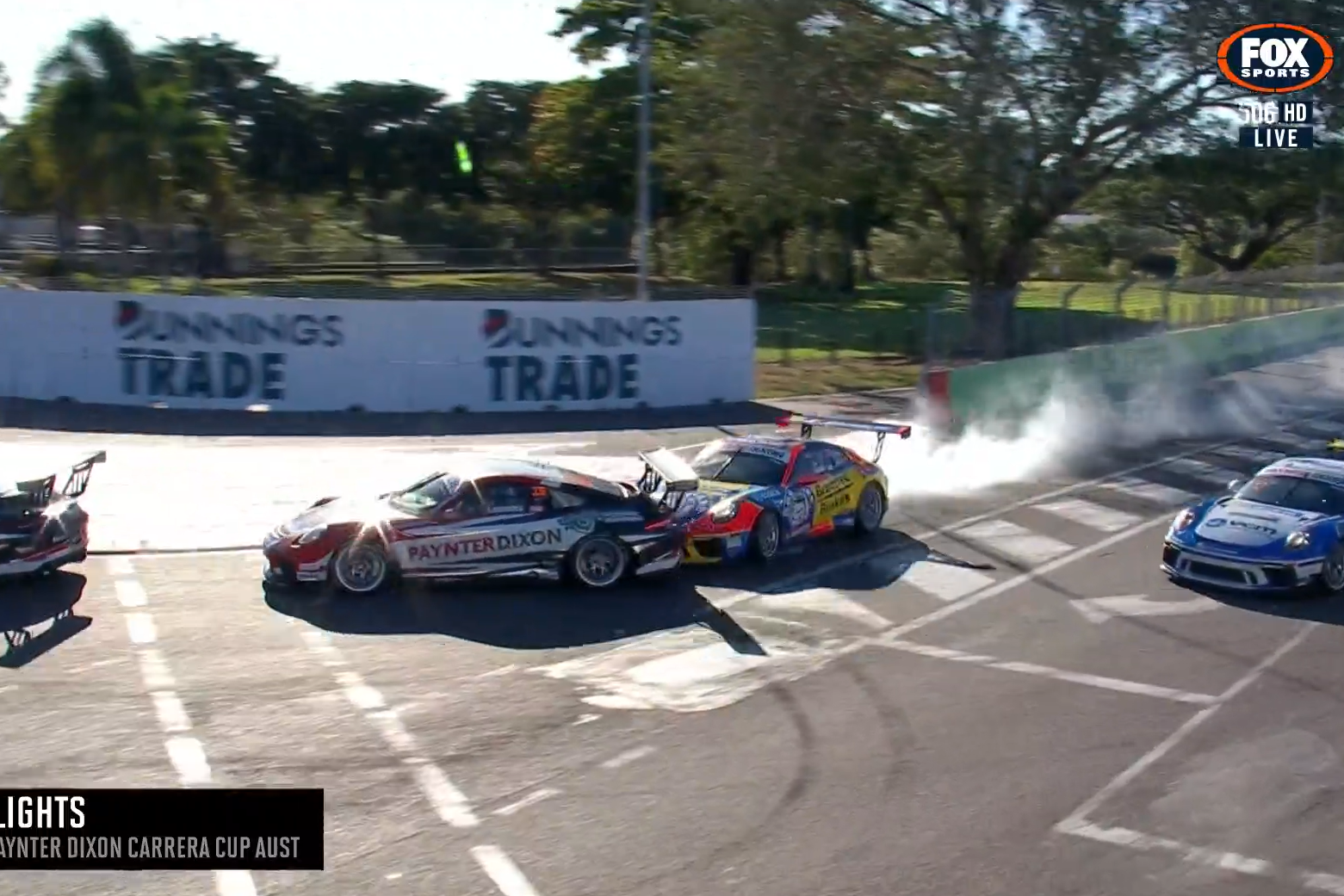 Simon Fallon ploughs into the back of Craig Lowndes at Turn 2. Source: Fox Sports

Lowndes is unsure of whether he’ll be able to partake in the Townsville finale.

“It’s one of those things, we knew it was going to be a long race and like anything, it doesn’t matter if you are in Supercars, if you have a problem in the opening couple of laps you’re out for the weekend,” said Lowndes.

“Hopefully these guys can fix the car but it’s pretty badly damaged in that back corner so we’ll see what happens.

“But look the car, we had a good run yesterday, it’s a credit to these guys and I’m just really disappointed that we couldn’t show what the car can do.”

UPDATE: Lowndes, Flack and Shahin have all been ruled out of Race 3