Todd Hazelwood has delivered Brad Jones Racing its best qualifying result of 2021 in the Top 10 Shootout for Race 16, recording a season-best third at the NTI Townsville 500.

Hazelwood provisionally qualified ninth in the #14 Holden ZB Commodore, a clean lap netting him a gain in the shootout as several others who went after him struggled to string a tidy lap together.

For Hazelwood, it marked a return to form 10 months on from his breakthrough pole position, which also came at the Reid Park Street Circuit.

“Great kudos to all the Pizza Hut team at BJR, we’ve got the second-row lock-out with Nick alongside me. Super ecstatic. 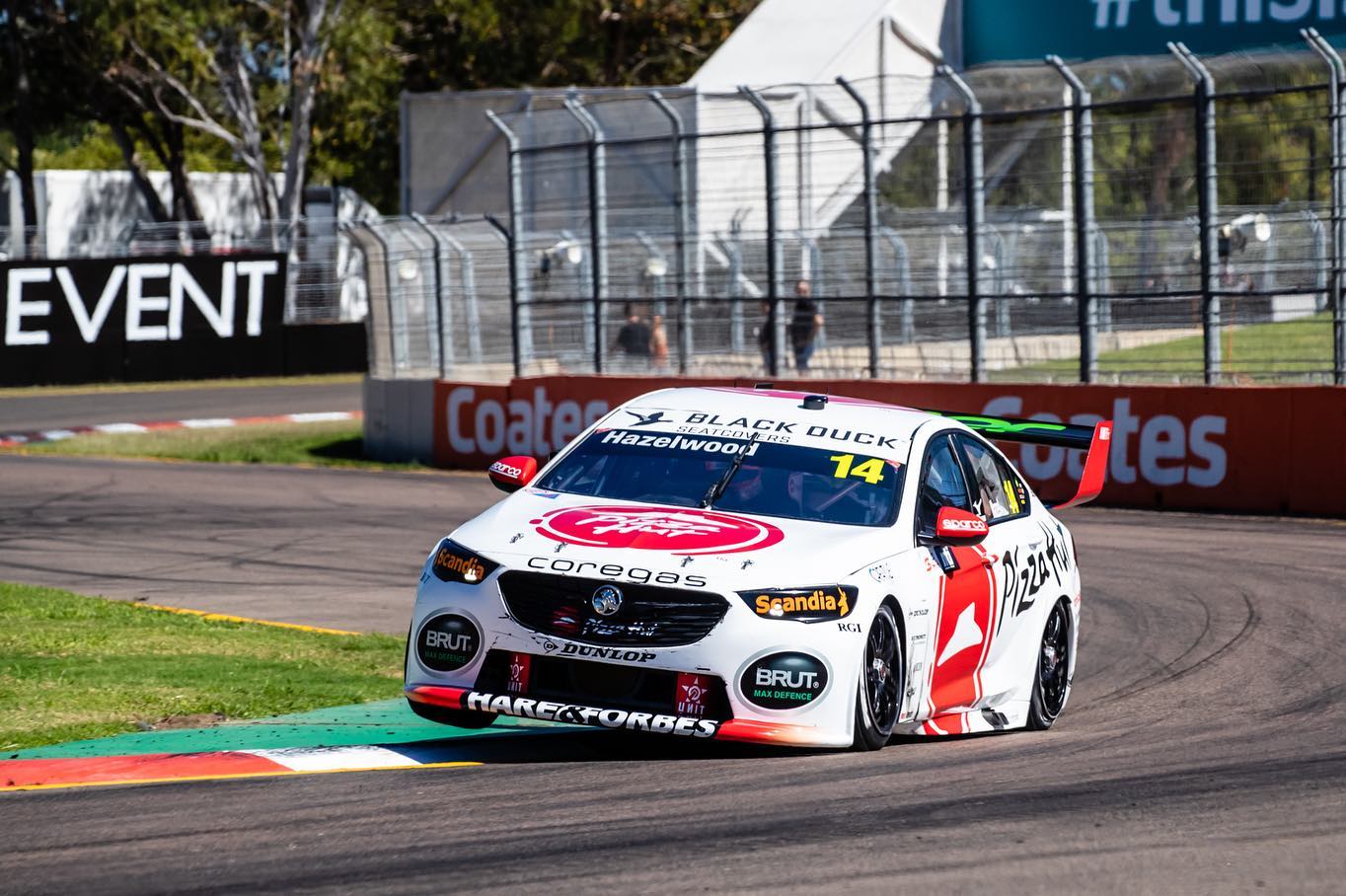 “I heard [Tim] Sladey’s lap time, I thought, ‘Geez, the track must be pretty average’. But I just tried to keep the car pretty square on that out lap and just made sure I had good brake temp for Turn 2 and 3 knowing that was always going to be my strength.

“[We] proved that in the micro-sectors there. We’re pretty strong in that first sector. I had to make up as much time on braking because I didn’t know what I was going to have on drive on the old tyre. I just sent it under braking and it paid off.

“I was a bit surprised I was able to do that lap on old tyres so I think that puts emphasis on where our race cars are at. I think it showed yesterday.”

Hazelwood had been on course for a finish around the back of the top 10 in Race 15, having made a number of fine overtakes, until his power steering failed.

“Obviously we had a bit of a tough run yesterday with that power steering issue but we had really strong race pace, so I’m looking forward to what we can do this afternoon,” he said.

The opportunity to push for a second career main game podium comes at a vital time for off-contract Hazelwood, who has been challenged to perform by team boss Brad Jones.

Race 16 of the Repco Supercars Championship is set to start at 14:45 AEST.